The 10 Most Important Inventions in Bowhunting

These products have changed archery hunting for the better 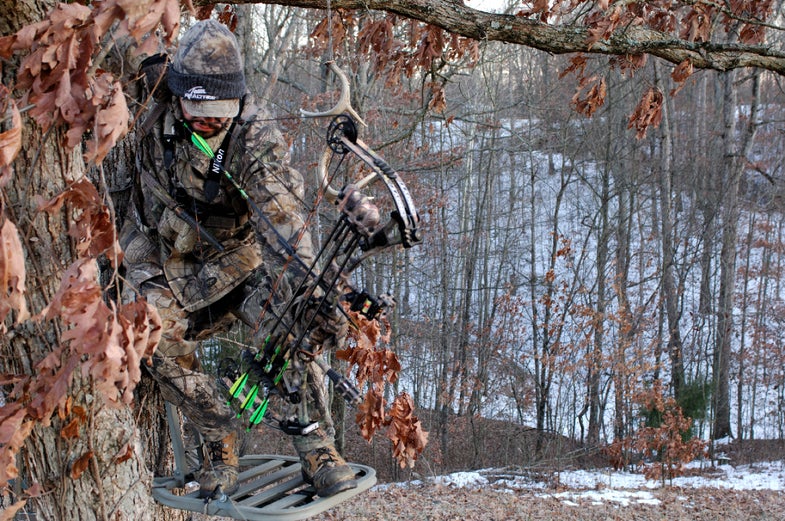 Bowhunting has experienced explosive growth over the last three decades. An important part of the sport’s maturation has been the innovation of archery products. Here are the ten most important inventions that have helped bow hunters become more successful in the field.

Bowhunting would not have achieved its popularity without the invention of the compound bow. Modern compounds are astounding feats of mechanical engineering and materials science. However, the first “compound” was kludged together by Holless Wilbur Allen in his Missouri garage in the mid-1960’s. Allen’s contraption was longbow with the limb tips lopped off and pulleys lashed to the limbs. While crude, this compound would serve as the blueprint for all future compounds. From its meager beginnings in a tinkerer’s cluttered workspace, the compound bow has morphed into a stealthy and swift machine. A machine capable of tightly clustering arrows at long distances.

Early bow hunters milled about the ground for centuries, spot-and-stalking game while hiding behind bushes and rocks. “Climbers” were introduced to ground-bound hunters in 1969, when James Baker and Fred Walters were issued a patent for their revolutionary climbing treestand. Almost overnight, bow hunters everywhere were “going mobile.” However, these original climbers were woefully unsafe. As injuries mounted, full body fall arrest harnesses were introduced by the late 1990’s—saving countless lives. Today’s stands are alloy-light and whisper quiet. Hunters now safely climb in comfort to nose bleed heights, able to adapt as the hunt and season dictates.

As compound and crossbow performance has improved logarithmically over the last decade, so have shot distances increased. As such, bowhunters must rely on specialized equipment to relay critical target distance data in order to make ethical shots. Today’s laser rangefinders are hyper-precision pieces of sophisticated, must-have electronic hunting gear. Modern rangefinders take the work out of ranging a target while calculating inclination angles and shot angle when arriving at target distances. Leave home without one in your pack and you’ll increase your chances of a painful miss.

A crisp, clean release is a key to accurate shooting. By clearing the string cleanly, you minimize any unwanted shooter interaction with the bow string. The caliper release is arguably the most popular release in bow hunting circles. As the name implies, caliper releases grip the string (or nock loop) much in the same manner as your cars brake calipers. The design is centuries old, with the original caliper release being designed and patented by Charles Mead Beard in 1880. Oddly enough, Mr. Beard’s contraption was called the”Clutch for Bow-Strings.”

One of the biggest advancements in bow hunting technology is the carbon arrow shaft. Its predecessor, the aluminum shaft, was fraught with durability issues. Those shafts, while incredibly straight, were easily damaged and bent. Easton had long been experimenting with the carbon arrow shaft, searching for an alternative to aluminum. In 1983, they introduced the first commercially available carbon arrow. The advantages of carbon were immediately recognizable, with durability topping the list. Since their introduction, carbon arrows have improved tenfold. Straightness and stiffness have made quantum leaps forward, with shaft diameters shrinking for better penetration and improved flight.

The peep is little more than a hollow disk which is installed into the bow string. The peep sight is one of the most easily overlooked accessories on a hunting bow. Early peep sights had inherent problems with odd rotation, leading to misalignment at the most inopportune of times (like when a deer stepped into range). Modern pre-stretched string materials have all but solved this problem, allowing the peep to align with the eye every time. Peeps with lengths of alignment tubing are still available (for those untrusting types), which guarantee perfect peep alignment no matter what the string does.

Once regarded a novelty, the lighted arrow nock has become a bow hunting arrow necessity. The first arrow nock was designed and patented by ‎Sam Carissimi in 1982. Since then, designs have improved greatly, with most improvements being seen in their reliability. Lighted nocks are invaluable for helping bow hunters visually track their arrow flight and its impact on the target. This is especially important when hunting, as it provides valuable information about shot placement (helping with tracking decisions). Additionally, the flight feedback offers tuning clues when attempting achieve perfect compound and crossbow arrow flight.

Drop-aways arrow rests provide interference free shots leading to superior arrow flight. These arrow rests have seen their popularity explode in recent years. The first drop-away arrow rest, “The Barner,” was developed by Roland Barner, who received a patent for his invention in 1982 (named the “Arrow Rest Apparatus”). The Barner’s spring wire arrow support dropped away (in theory) when triggered by a slide. Decades later, high-speed photography revealed that Mr. Barner’s arrow rest dropped out of the way long after the arrow had already left the bow. Modern drop-aways work flawlessly, dropping out of an arrows path in the blink of an eye.

Broadheads have evolved greatly from their rock predecessors which were “knapped” (i.e., chipped) into arrow points. The advent of the modern broadhead can be traced to the O.A. Norlund Company of Williamsport, Pennsylvania, which offered the “Yeoman No. 1” for sale at retail in 1925. The Yeoman retailed for a mere 10 cents and was the first broadhead to receive a patent from the United States Patent Office. Since those early days, designs have naturally progressed, morphing into mini technological marvels. Now available in fixed blades, cut-on-contact, mechanical and hybrid designs—there’s literally a broadhead to satisfy any hunting pursuit. See our test of the best broadheads here.