The Jersey Cross To Bear

When Tom Cruise’s character in Valkyrie needed to slip away unnoticed after leaving a bomb-filled briefcase in a room with... 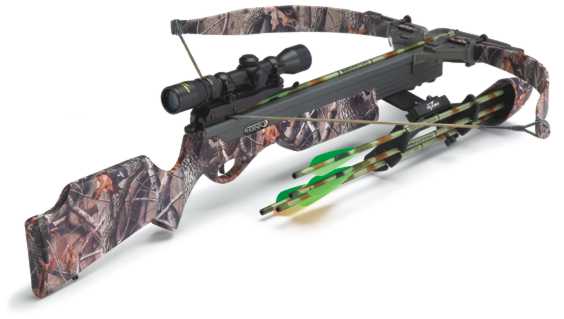 When Tom Cruise’s character in Valkyrie needed to slip away unnoticed after leaving a bomb-filled briefcase in a room with Hitler and his generals, he had to have a co-conspirator call him on the phone as his excuse to walk outside. Had he been in a room full of bowhunters, he could have simply tossed out the question, “Should crossbows be allowed during archery seasons?” Arguments would have erupted faster than a terrorist’s rental van and before they subsided and anybody noticed him gone, Cruise would not only be safely out of the building, he would already be out of costume and dressed in a tux for the annual Scientology Hollywood fundraiser and brainwashing.

Certainly nothing gets a room of bowhunters fired up faster these days than the topic of opening up bow seasons to crossbows. Ironically, the focus of the argument now finds itself centered on none other than one of the most hunter-unfriendly states in the union, New Jersey, where the state Fish and Game Council is expected to approve a measure permitting their use. The council explained their decision citing the benefits of crossbow use in increasing “hunter recruitment and retention and better deer management in suburban/rural interface areas.” Indeed, as one of the smallest, yet most densely populated states, New Jersey is virtually one big suburban hunting zone–though there are actually some traditional rural areas in the southern and extreme northwestern parts of the state.

Council member Leonard Wolgast told the Star-Ledger that they also expect the measure to help increase license and permit sales, which will bring badly needed funds into the Fish and Wildlife department’s coffers. Wolgast cited a survey the department conducted that showed 73 percent of all resident deer hunters and 67 percent of bowhunters supported the measure.

Despite the numbers and as expected given the traditional line of opposition argued by most bowhunting organization, the United Bow Hunters of New Jersey has campaigned against the legalization of crossbows. This despite, by their own survey, that half of their membership supports crossbows and half does not. Still, the organization’s position mirrors that of the Pope & Young Club, which has vehemently opposed the inclusion of crossbows for any bowhunting seasons except for disabled archers.

I’ve hunted with (only once out West) and shot a crossbow and will admit, it certainly doesn’t take the skill and practice a bow does. Sight it in once and aim it like a gun and thwap, you’re going to hit your target as well as you would be able to with a rifle at close range. Of course, with all of the technological advances in compound bows, arrows and broadheads these days, one can hardly compare the handicap a bowhunter faces in taking a deer today to one who was hunting with bowhunting equipment 20 or 30 years ago. I’m certainly in no hurry to limit myself to traditional archery tackle and would expect more bowhunters than not feel the same way. I’m not sure where you really draw the line on that one.

I certainly agree with P&Y that for record book’s sake, crossbows should not be included. It’s their records; it’s their choice.

But I find it interesting some of the arguments (well thought out ones I might add) these groups make to keep crossbow hunters out of the woods. Of chief concern appears to be the impact additional hunters will have on whitetail populations, as well as the belief that the woods will be filled with less-experienced, less-skilled outdoorsman.

They are some of the same arguments that were used in many areas when bowhunting-only seasons were first introduced.

I’m not saying these concerns don’t have merit. But I have lived in New Jersey and Virginia (where I am now) and am quite familiar with hunting in both places. Virginia several years back granted the inclusion of crossbows into archery-only seasons amid many of the same concerns Jersey hunters are now voicing. To my knowledge there has been no negative impact on the resource, or a wave of conflicts between compound-bow hunters and crossbow hunters.

In fact, I know a number of guys who bought crossbows, used them a season or two and then actually went back to using their bows because they simply enjoyed hunting with them more. A bow is certainly less cumbersome to carry. I still hunt with my bow, though I’m not saying that I wouldn’t give crossbow hunting a chance. I just have no strong desire to change things up right now.

For those supporting crossbows, the chief argument seems to be that it will create more hunting opportunity for more hunters, particularly those who don’t have the time or place to practice shooting a bow everyday. It’s certainly hard to argue against that, unless there truly is a negative impact on the resource. If our goal is to harvest more deer (the case in most areas), making it easier for folks to accomplish that sure seems like a legitimate reason.

Regardless, it’s looking like New Jersey hunters, like those in other states soon, are going to have crossbows as a part of the archery scene whether they want it or not. I’d love to hear your thoughts on whether you think they should be allowed. Both sides make interesting arguments; I just haven’t heard anything that would make me sway from my “live and let hunt” frame of mind.

Perhaps at the real root of the debate are concerns over how many more people are we going to have to share the woods with. That’s not a very PC argument in hunting circles to make, but I can tell you, in New Jersey, where hunting lands are typically small and hard to come by, it’s one argument I might buy. But then, maybe that’s a whole other issue altogether.