The first time I ate bulgogi I was in a small strip-mall Korean joint called King’s Korean. I was told... 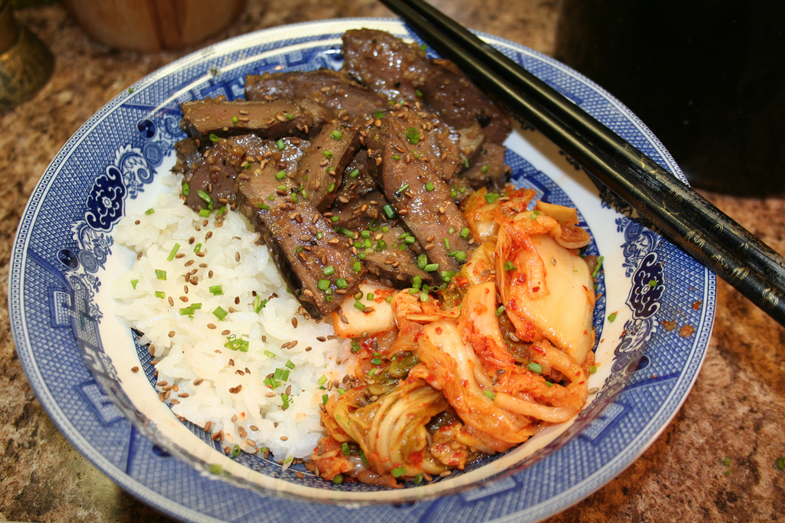 The first time I ate bulgogi I was in a small strip-mall Korean joint called King’s Korean. I was told by a friend that I would love it. After the first bite I took, the only thing I could think of was how wonderful it would be with venison. I immediately found a recipe and made it at home. It was good, but it wasn’t as good as I had hoped. The venison was tough and chewy, and it didn’t compare to the original dish. (Granted, that was 15 years ago and I wasn’t nearly the cook I am today. )

So, what the heck is bulgogi? Bulgogi is a Korean dish traditionally made with beef, and it’s also very popular to use chicken or pork. The process is fairly simple: thinly sliced strips of beef are marinated in a soy sauce and green onion marinade, then grilled. It’s usually served with a side of rice and kimchi.

It’s one of my favorite dishes to get when I go out to eat, and I have been able to make it at home with some success using beef and chicken. I tried it with wild game on several occasions, but I always ended up with that same tough and chewy bulgogi. That is, until I tried a recipe for duck Bulgogi out of Hank Shaw’s Book, Duck, Duck, Goose.

His marinade was very similar to the ones I had used in the past, but it was his technique that made all the difference. Instead of slicing the meat and then marinating and grilling it, Hank suggest that you marinade the breasts of the duck whole and grill. And when you are actually ready to serve the dish, slice the meat then. This allows you to cook the meat closer to rare or medium rare, which keeps the meat tender.

The first time I tried Hank’s method I was immediately brought back to that first time eating at King’s. The meat was full of flavor and tender, with a nice punch of ginger. After trying the method on duck the first time, I tried it on a hunk of moose I’d been given—and I got the same outstanding result. I was then given a bag of hearts by a friend of mine who saved all the hearts from his family deer hunt, and tried the recipe yet again. It was amazing. So when I was given an elk heart, I knew exactly what I was going to do with it. 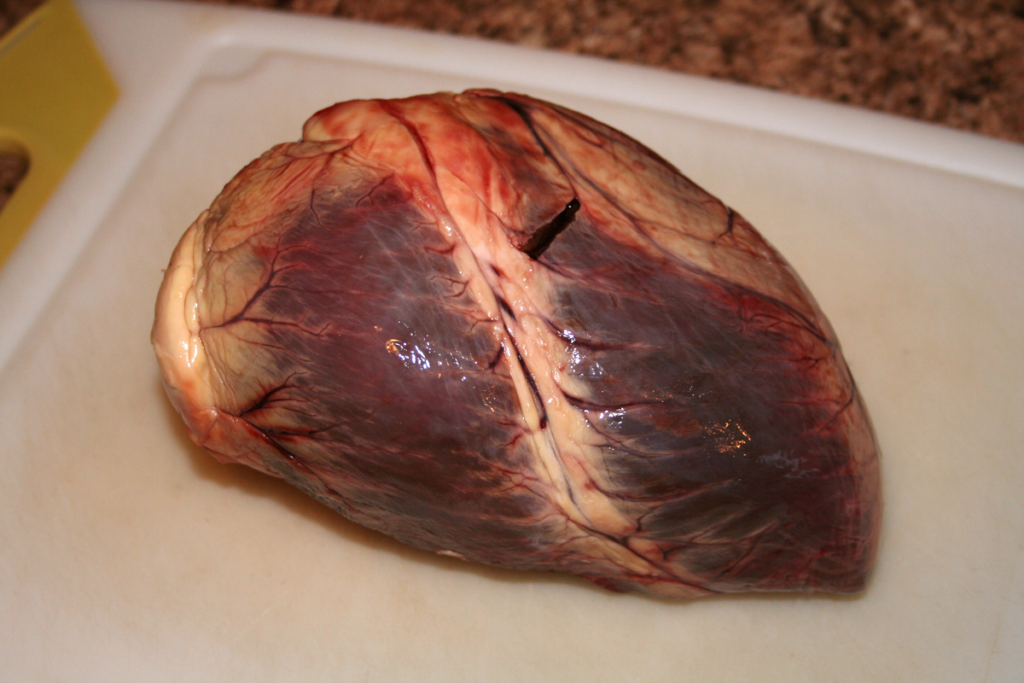 Cooking with a heart isn’t nearly as tough as it sounds. The heart is just a piece of muscle and, when cared for properly, is a wonderful cut of meat. I always think of the heart as being a dense, more flavorful piece of meat. If you trim away all the fat and veins, it looks no different than any other cut of meat. I like to trim all the outer fat and most of the big veins off before using them, then cut along the chamber of the heart to open it up and remove any connective tissues and valves that are inside. Then cut the atria and ventricles open to produce what looks like heart steaks.

This a variation of Hank Shaw‘s recipe using an elk heart instead of duck breasts. 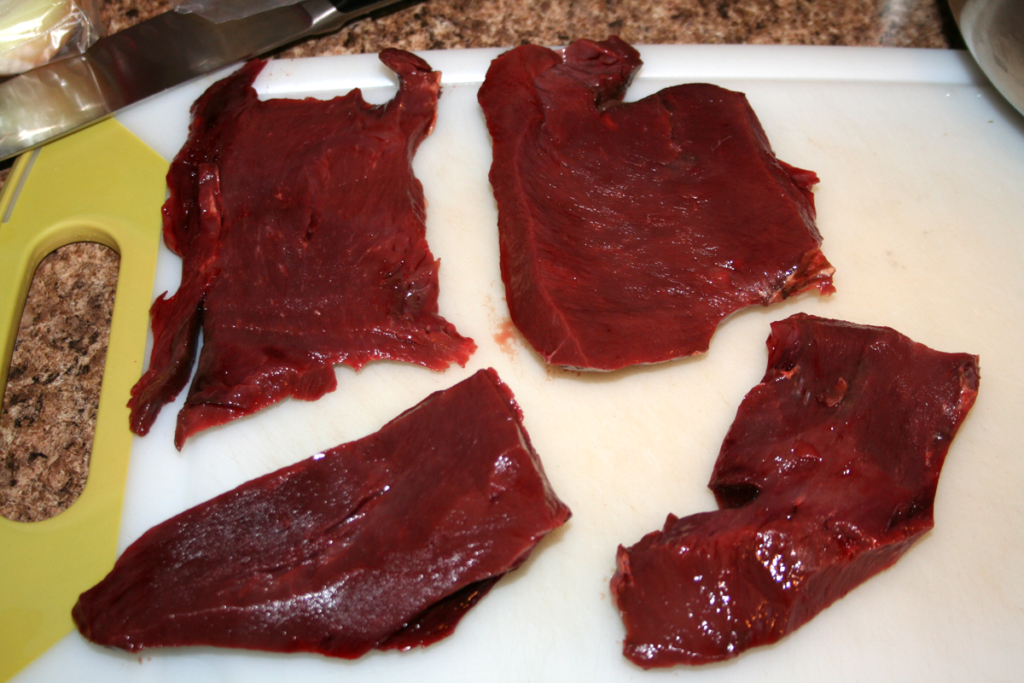 For step-by-step instructions on trimming and preparing heart, click here 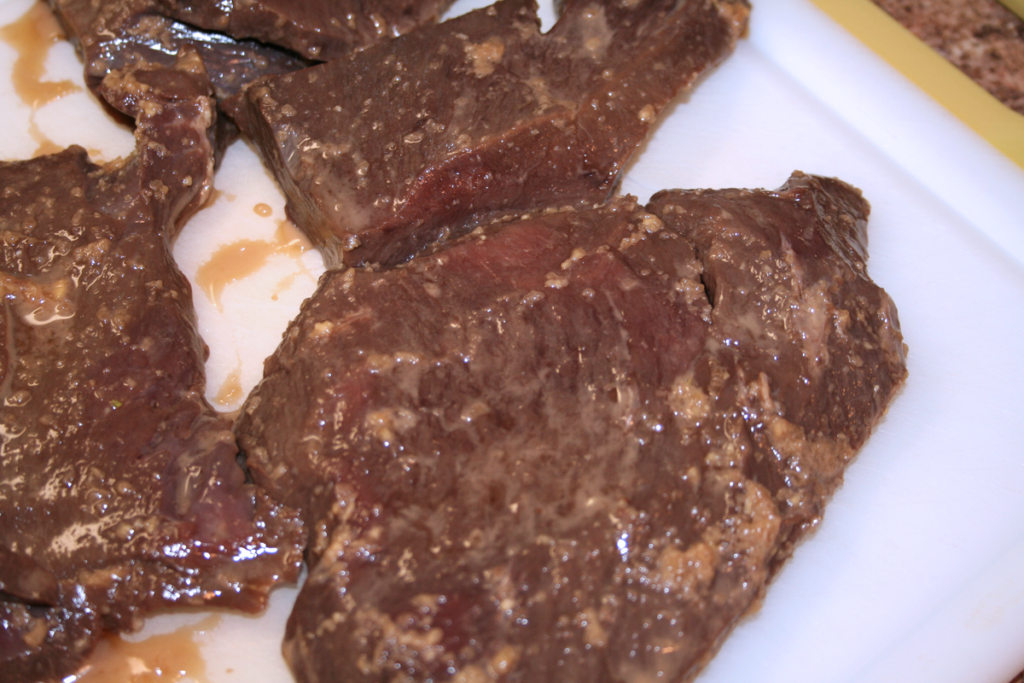 Place all the ingredients except the heart into a blender and blend until everything is liquefied. Pour the marinade over the heart and refrigerate for around 12 hours. After the meat is marinated, grill on a hot grill for 4-5 minutes each side. Reserve all the left over marinade and heat that to a boil in a small sauce pan and cook for 5 minutes. 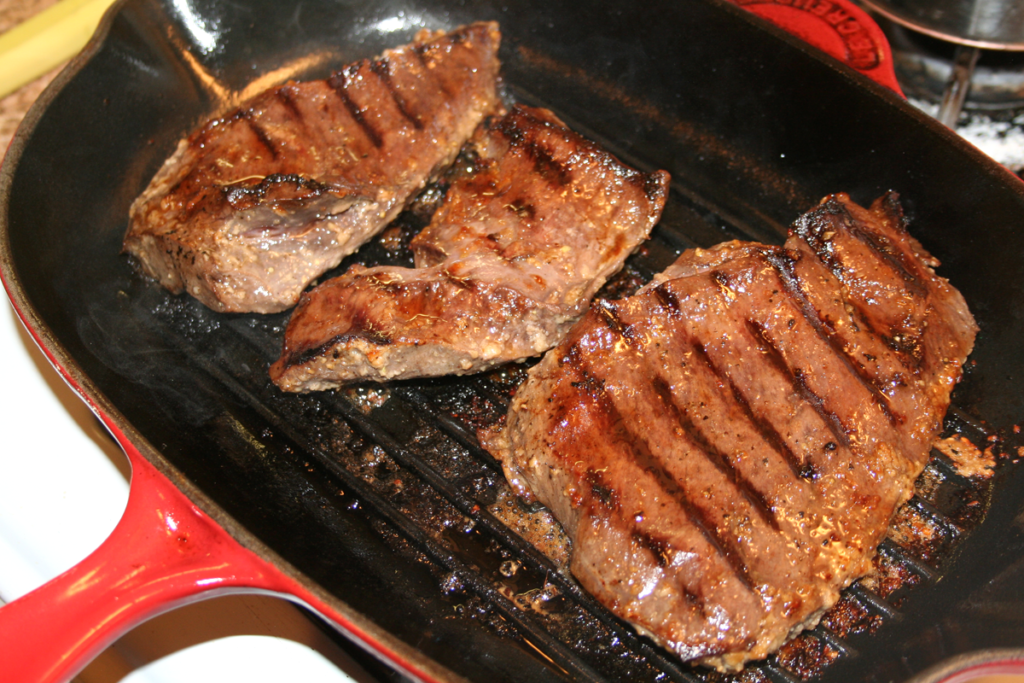 When the meat is finished cooking, let it rest for a few minutes before cutting into it. Slice the meat about ¼ inch thick. You can add some of the reserved marinade back into the meat if you desire. You don’t have to but if your meat needs a little extra flavor, this will help. Serve the bulgogi with rice and kimchi, and top with sesame seeds and chives.