Not to state the obvious, but here in Minnesota winters can be cold. And for a certain group of us... 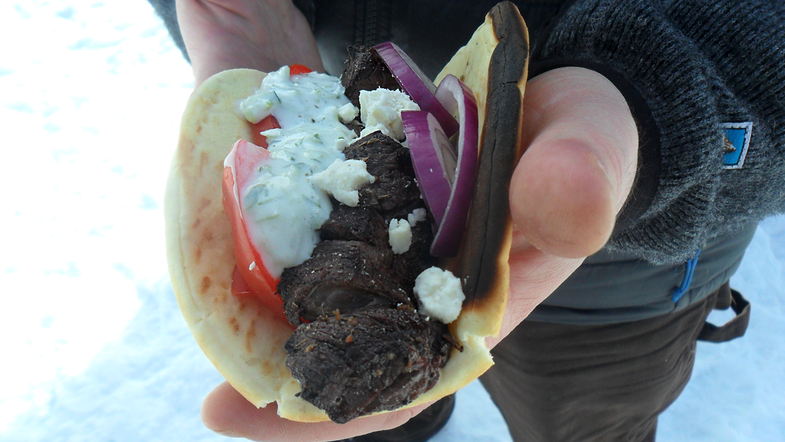 Not to state the obvious, but here in Minnesota winters can be cold. And for a certain group of us hearty folks, the colder it gets, the better. It’s not because we necessarily enjoy freezing or the frostbite that comes with it, but you can’t have ice fishing without them.

When I was a kid all we needed was a short pole, some wax worms, and a 5-gallon bucket. You would sit out on the ice in the howling wind and fill that bucket with perch and crappies. Back then, ice houses were little more than particle board boxes on skis. Today’s ice houses resemble campers with bunks and stoves and many of them have TV’s and satellites. Ice fishing today has taken on a much more relaxed and comfortable feel.

This last week I headed up to northern Minnesota to do a little ice fishing with my brother. When I was a kid all we needed was a short pole, some wax worms, and a 5-gallon bucket. We still don’t have a luxury ice house to fish from, but we did pack plenty of modern conveniences: a gas ice auger, an electronic fish finder, and a portable grill to make lunch, all neatly packed and carried in a trailer pulled by a four-wheeler. Not exactly roughing it. Again, as kids, we were lucky to have some beef jerky or a frozen Snickers bar to snack on. These days, I plan out whole menus, and this trip was no different.

Kev and I were going to be out all day, so I planned one of his favorite meals: Venison Souvlaki with tzatziki sauce (recipe here) and warm pitas. To aid in the process I brought along my new PK Grill, a lightweight cast-aluminum charcoal grill. Around noon I fired up the grill and got to cooking. The venison had marinated overnight and smelled incredible. And I couldn’t help but notice that a few fishermen moved in a little closer to see what was going on. 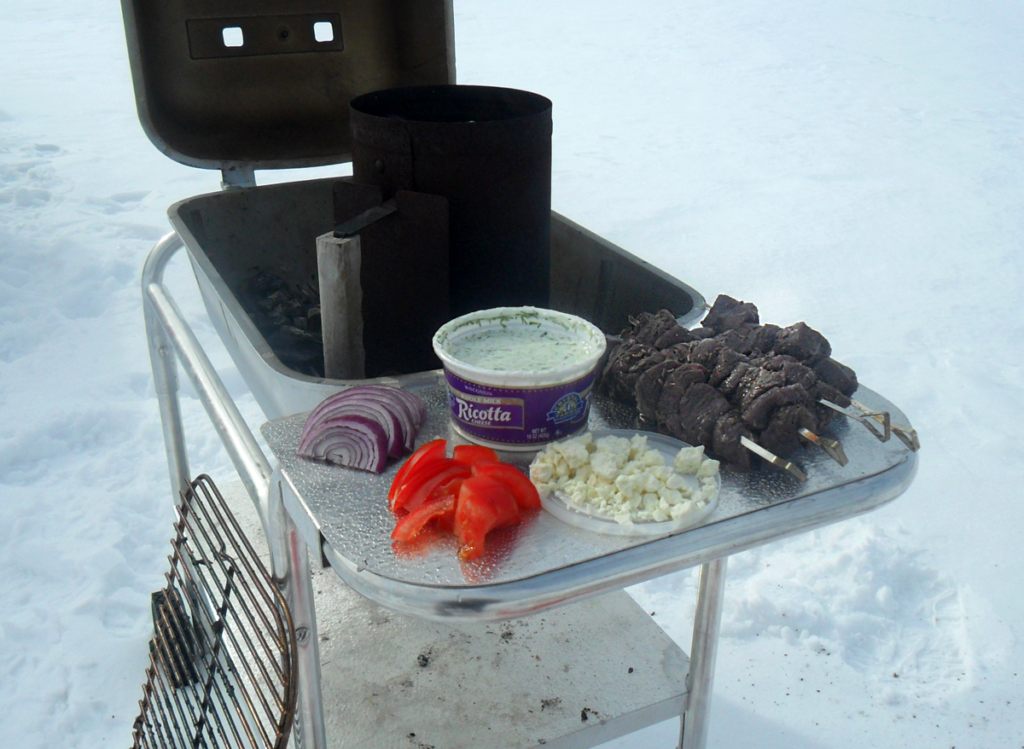 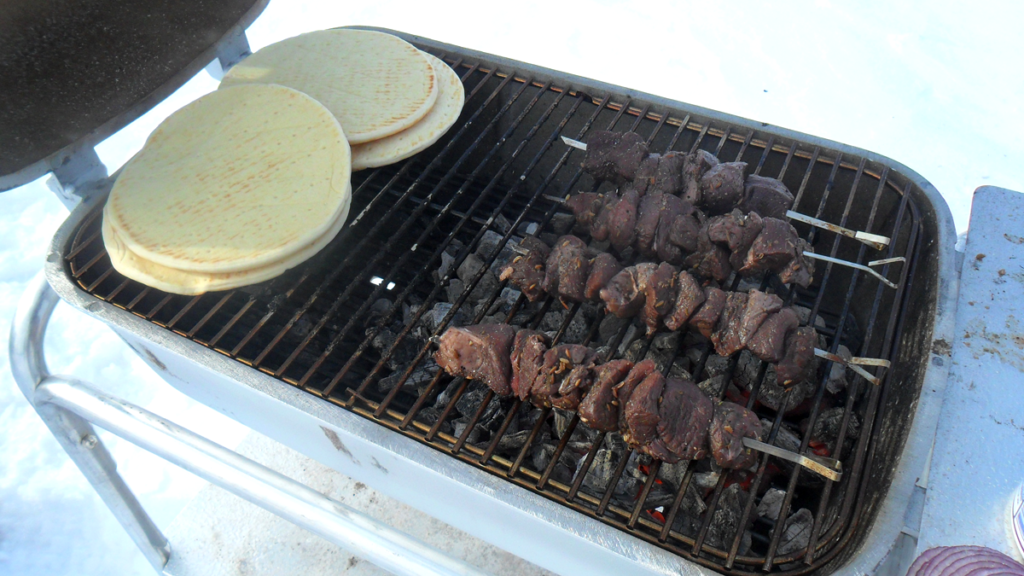 Mix all the marinade ingredients together and then add the venison. Let marinate for at least 4 hours, but preferably overnight. After the meat has marinated for the appropriate time, skewer and grill for about 4 minutes per side. Serve with pitas, tomatoes, red onions, and tzatziki sauce. I also like to throw some feta on there, too.

Kevin and I didn’t catch much—just a bunch of small crappies, barely bigger than the bait. But with some good food and a little rye whiskey, it was still a success.