A Recipe for Wild Game Liver Wrapped in Caul Fat

Nothing gives me more satisfaction than being able to use as much of the animals I hunt as possible. I... 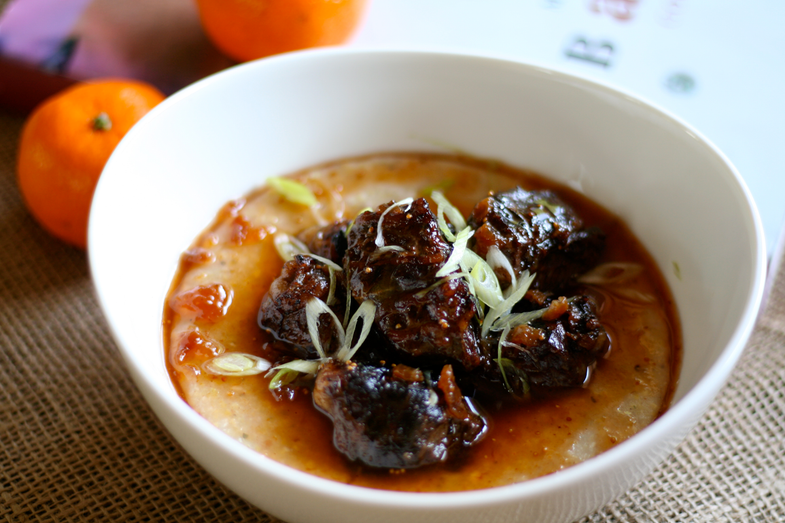 Liver and grits with a fig vinaigrette. Jamie Carlson
SHARE

Nothing gives me more satisfaction than being able to use as much of the animals I hunt as possible. I try not to waste anything. This isn’t always easy: there are certain parts that I simply won’t go near. The lungs, spleen, gall bladder, and pancreas are just a few examples of edible organs that are eaten in many cultures, but that I just can’t bring myself to try. The heart, liver, kidneys, and tongues, on the other hand, are a different story.

In order to use these organs, however, I’ve had to experiment with many different recipes to make them appealing to my family. With deer livers, that usually means grinding them and making sausage. Mazzafegatti is a type of liver sausage and, when I grill it, you’d never even know it had liver in it. I personally love liver and onions fried in bacon fat, but getting my wife and kids to eat that dish is a little more difficult. So I am always looking for new ways to try liver, and my latest attempt seems to be a good one. 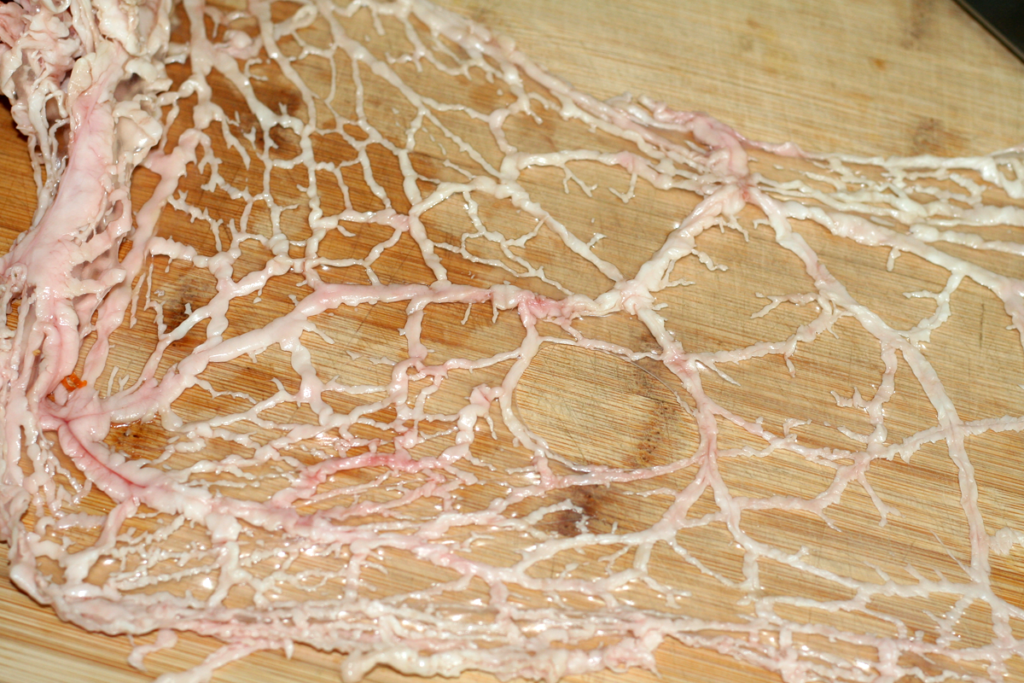 Caul fat is the lacy membrane that surrounds the stomach and internal organs of big game animals like deer.

I was looking through one of my cookbooks for a creamy parmesan polenta recipe when I came across this recipe for liver wrapped in caul fat. For those that don’t know, caul fat is the net-like fatty membrane that wraps around all the internal organs. You’ve probably seen it when gutting a deer or other big game animal and not thought anything about it. That thin membrane is actually used in many dishes and can be wrapped around anything to add a little fat, flavor, and to hold little parcels of food together. It’s simple to remove while cleaning an animal, and after it’s rinsed clean, it stores well in the freezer.

I just happen to have some caul fat from a pig I butchered and I had some liver from a bison my buddy killed, so I thought I would give the recipe a shot. The recipe is from Mario Batali’s book Babbo (he used a calf’s liver and finished it with a fig vinaigrette).

You start by removing the membrane from the liver and then cut the liver into 1 ½ inch cubes. Soak the cubes in milk for at least an hour before cooking. After you wrap each piece of liver in caul fat, you pan fry it in a little bacon grease. I served mine on top of grits with the fig vinaigrette, and it was outstanding. The liver is very rich and the grits are heavy, but the sweetness and acidity of the vinaigrette balance them. If you are into trying new things, give this a shot. 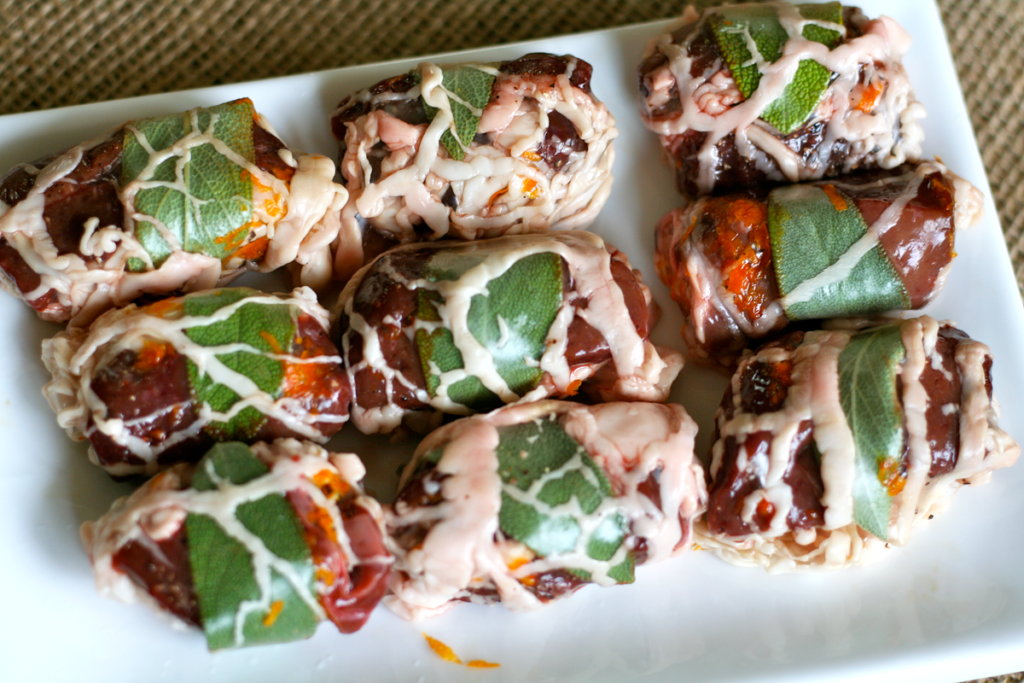 Cut the liver into cubes and then soak in milk for at least an hour. Remove the cubes from the milk and pat dry. Cut the caul fat into 5 inch squares and place a sage leaf and ½ tsp of orange zest in the middle of each piece of caul fat. Place a piece of liver on top of each sage leaf and season with salt and pepper. Wrap the caul fat around each piece of liver and set aside until ready to cook. Heat oil or bacon fat in a pan over medium heat and then cook each liver parcel for 3-4 minutes on each side until cooked through. Remove the parcels from the pan and serve with the vinaigrette and grits.

_This liver recipe is adapted from Mario Batali’s book,___ Babbo.