Goals. We all need them. Short term, long term–and those that fall somewhere in between–keep us focused and give us... 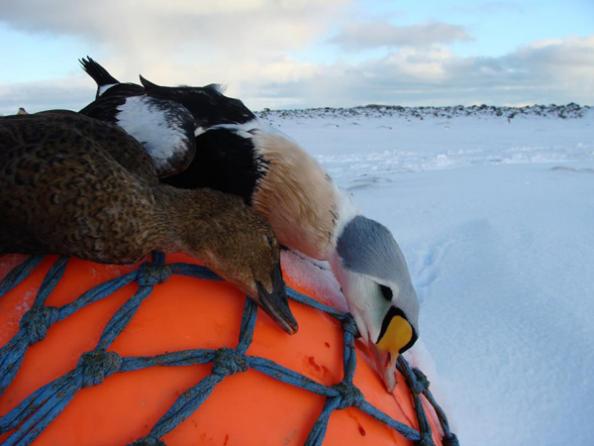 Goals. We all need them. Short term, long term–and those that fall somewhere in between–keep us focused and give us something to, excuse the pun, shoot for.

Our hunting season, as in life, can often times benefit from setting goals. It could be a minimum number of days in the field during the season, a minimum point or B&C score for a buck or making a perfect shot on an animal with a new weapon.

While hunting with Kona I started thinking about how many different birds we could encounter on the property we were hunting. While we were primarily there for pheasants, quail, chukar and huns were real possibilities. As I was shooting steel shot, ducks made the possible-target list as well. And–in fact–we did encounter pheasants, huns, mallards and teal.

That got me thinking of some things I’d like to accomplish this season. Here are some of my preliminary thoughts:

Mixed-up mixed bag: During our hunt, we could have had four different species of birds from both the waterfowl and upland bird worlds. I’d like to end a day afield with at least five different species from the two different worlds: a combination of pheasants, quail, chukar, huns, mallards, teal or any other species of waterfowl moving through the area would make a very cool mixed bag. Heck, throw in a crow or coyote for good measure.
**
Banded Bird:** I don’t have a band from the leg of a duck or goose–and I want one. Goal number two: get some waterfowl bling.

Crown Jewels: The king eider and harlequin are two species of sea ducks that collectors drool over. Beautiful birds, they can only be hunted in particular areas of North America. In January I’ll be hunting with Ramsey Russell of GetDucks.com on Alasaka’s St. Paul Island in the middle of the Bering Sea for the two birds. Here’s hoping I can wield Benelli’s new Super Vinci with enough skill to drop at least one drake of each bird.

Turn the big dog loose: While my training habits have been lax at worst and inconsistent at best this year, I’d like to have a day in the duck blind where Kona proves good genetics and even haphazard dedication to training can combine for great dog work. I’d like to see him perform, in the field, under real-life circumstances, what we train for during the offseason: a triple and blind in combination. A hunt in December with Final Approach, on my home waters, might just work out to be the time that he gets to shine.
**
South Dakota:** Kona and I have made the trek to pheasant heaven the last two seasons, but it doesn’t appear that we’ll make it back this year. While the season is open, however, it’s always a possibility so it stays on the list.

There are a few of my goals for the rest of the season. What are some of yours?