Hunting Can Ruin Your Marriage. Or Make It Stronger

Hunting season doesn’t have to ruin your relationship, though sometimes that might be best for everyone 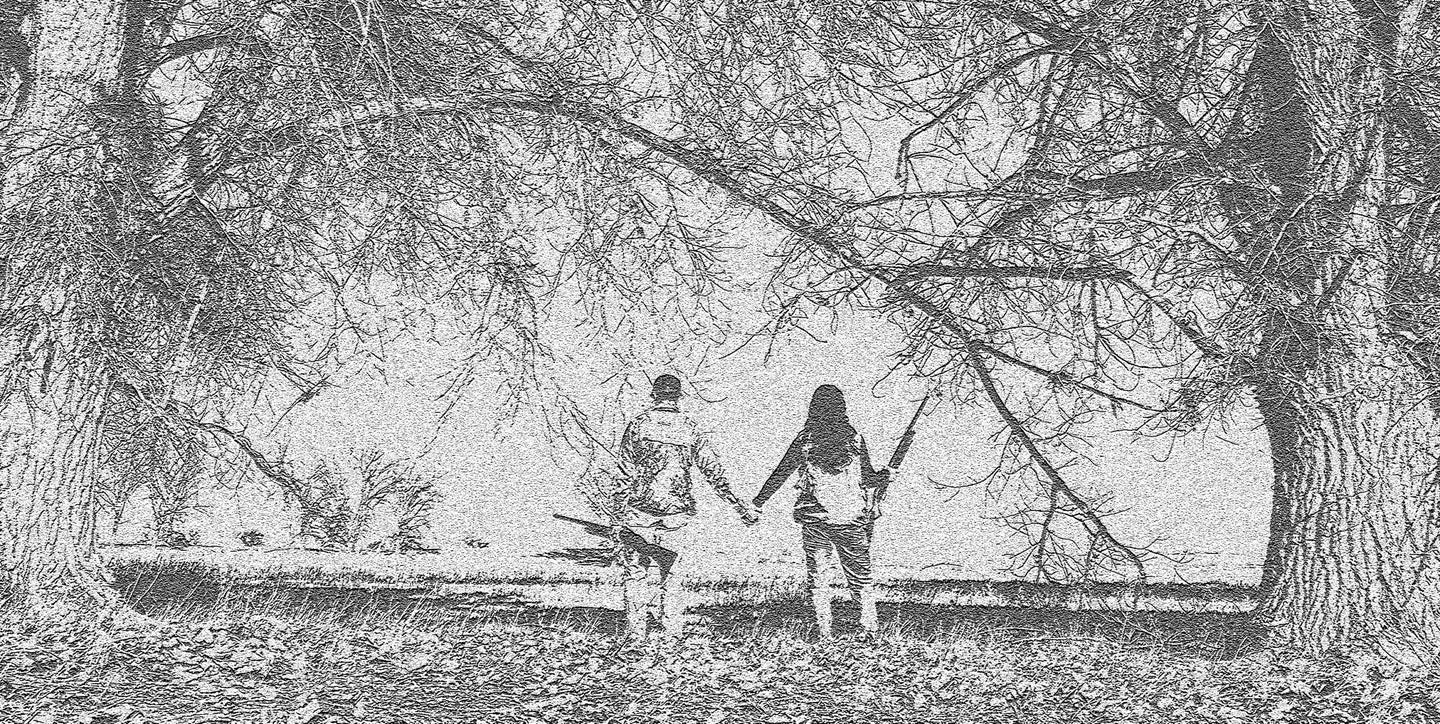 I still remember the moment 12 years ago when I realized how many weekends of my life I was about to donate to hunting. Five months out of 12, give or take.

We’d been together for years, though much of that was long distance. I hadn’t added it all up…until now.

“You mean I’m going to spend at least five months of every year hunting…for the rest of my life?”

I wouldn’t consider a future where he spent weekends hunting, and I stayed home. He looked at his feet and muttered something about how some seasons could be shorter if he notched his elk or antelope tags quickly.

We were young. He figured I’d come around.

And somehow, I did. These days, we start turkey hunting in the early April snow and traipse over frozen marshes for pheasants in December. Hunting (punctuated by skiing and fishing) is the thread that binds our months together. It’s my work, and our fun. It’s made us stronger together.

Meanwhile Paul Tramp, another Wyoming hunter, divorced after 20 years. While few marriages likely fail for any singular reason such as hunting, he says his passion for hunting and fishing likely contributed to the relationship’s demise. He wanted to hunt evenings and weekends. She didn’t want him to. It couldn’t be reconciled.

According to my very unscientific polling of a dozen or so hunters across the country, most of us fall somewhere in between these two extremes. While everyone has a slightly different relationship with hunting, and has arrived at it differently, distinct patterns emerge. Hunting takes time—days and even weeks away from home. Some marriages may actually thrive from the time apart. Some don’t.

But for many of us, hunting is not just a pastime. It’s a fundamental part of our identity. Asking a hunter to drop hunting and start a new activity like, say, golf, isn’t just unreasonable—it’s asking them to change who they are. By the same token, announcing to your partner that he or she will be a single parent close to half the year is also unfair.

One thing most successful marriages and long-term relationships have in common is a commitment not just to each other, but to communication and some version of compromise. The easiest path may be simply saying “I do” to someone who already hunts. But if your future life partner isn’t so sure, or you decided to start hunting after committing to eternity, there’s still hope for a future of hunting (and marital) bliss.

Most years, Tim Brass stresses about leaving his wife home with their daughter while he hunts. He worries she’ll be mad. He worries he’s gone too much. He thinks they should have more quality time together.

His wife is much less concerned. Megan Brass just doesn’t like to hunt, and she never has. Technically one of their first dates was when he drove five hours to her house to be closer to duck hunting. She tagged along, but knew the killing part wasn’t her thing. Even so, she says the amount Tim hunted likely helped their marriage

“For me, that was time I could go do whatever I wanted to do,” she says. Besides, time in the woods centered him.

She’s now a speech pathologist; he’s a field operations director for Backcountry Hunters and Anglers. Since they had their daughter five years ago, things are a little different. Tim still gets to go into the wilderness. She’s never alone. But Megan doesn’t begrudge him that solo time.

“He asks permission, and I think, ‘Will you not go if I say no?’” she says. “I don’t think he’s really asking. I think he’s asking if there’s a conflict.”

Paul Queneau’s journey was a bit rockier. The Rocky Mountain Elk Foundation’s Bugle conservation editor met his wife during a high school play in Colorado. His fondest childhood memories were spending a week each fall hunting with his dad. She was a vegetarian.

The couple largely avoided those differences, and he respected her discomfort with meat and hunting. But one day after they moved to Montana, he shot a whitetail buck during the rut and brought it home to process. She was in class, and he rushed to butcher the carcass and clean any sign of blood, fur, and hide from the kitchen. Then he left for work.

He hadn’t calculated on the buck filling the house with an unmistakable musk. When she opened the refrigerator, she found bowls of red, bloody meat.

“She called in tears, saying, ‘Our apartment smells like death.’”

They recovered, and are happily married with two high school-aged sons. He still hunts. She’s still a vegetarian. He’s learned not to suggest two-week trips in the fall. Instead, he proposes hunting long weekends far in advance and steadies himself for uncomfortable conversations early and often. Ultimately, Queneau has found a way to stay married to his soulmate and to also chase elk and deer across Montana’s mountainsides. When their sons leave for college, they’ve even talked about renting a cabin where he can hunt and she can curl up by the fire.

Introducing Your Partner to Hunting

So, can hunting become a healthy part of a relationship? In many cases, yes, if you want it to be.

When I first started joining my now-husband on hunts, I didn’t go on every early morning elk hunt. I slept in, went for walks, and tagged along in the afternoon. We didn’t pheasant hunt on days with 50 mph winds like we do now. I came to hunting on my own terms, in my own time.

The transition may have been quicker for Ronald “Hawk” Morgan and his wife, Dawn, but it was also riskier. After they were married, Hawk learned to hunt in the forests around their Atlanta home. He works long hours during the week, so doesn’t see her much except on the weekends. But as he spent more of those weekends in the woods, his hunting absences began to weigh on Dawn. They weighed on him, too.

“It just feels strange not being with her on the weekends,” he says. “I was going hunting a lot, and she’s home bored, and I thought, I’m going to buy her hunting clothes so when I go, she’s with me.”

So he did. Without asking. But Dawn decided she would try it, just once.

“At first, I kept asking myself why was I out here, because I was never an outside girl,” Dawn says. “But once the sun finally comes up, and you’re sitting there watching nature happen…it is so peaceful, and that is when I became a lover of hunting.”

It also helped that he eased her into it, and that she made camp comfortable. They sleep in a tent, but on an air mattress, with a fan when it’s hot and a heater when it’s cold. They have a stocked camp kitchen, lights to hang in the evening, and a portable outdoor shower. Now they hunt together most weekends in the fall, and Hawk brags to anyone who listens about her shooting skills.

RELATED: How to Get Your Girlfriend, Wife, or Significant Other to Hunt and Fish with You (More Than Once)

“We were eating the whole ducks, grabbing them with our hands, and fat was dripping down our chins, and we were looking at each other, and we could barely speak, it was so amazing,” she says. “I decided it was so good, I have to do this.”

She’s now the communications director with California Waterfowl. Ducks—hunting them, conserving them, talking about them—are her life. Hank still hunts ducks, and everything else. They spend as much time with other hunters in the field as they do one-on-one. But sharing stories from their days spent apart also helps keep their relationship alive after 19 years.

While the stereotype says men hunt more than women, Holly has found the reverse is as often true among her friends. She recommends involving a non-hunting partner in related activities. Go to the shooting range, or invite them to watch the sun rise in the marsh. Make the non-hunter feel useful by giving them credit for spotting a buck or bull.

“You have to find some way for them to understand what it is that drives you to do it,” she says. “If it’s just a big question mark, you won’t ever have their buy in.”

If It’s Broke, Fix It

For some, finding a partner at all seems like an insurmountable goal. Arliss Reed is a hunting guide in Missouri for 8 to 9 months of the year, but he still calls upstate New York home. Every time he meets someone promising, she eventually realizes how much hunting is actually part of his life.

A girlfriend once wanted him to drive to a Halloween party with her friends. He said he would, but duck season opened the next day, so they’d have to leave early. When the time came to go?

“She said, ‘You always choose hunting over me.’ And I said, ‘I told you ahead of time. It’s opening day of duck season tomorrow.’”

They didn’t last much longer. Now 37, Reed wonders if a relationship just isn’t in his future.

“It would have to take a whole lot of patience on her part.”

Ultimately both Arliss and Paul Tramp, who divorced, suggest looking for someone who already likes hunting, or at least the outdoors. Eric Morris, founder and host of the N.onT.ypical Outdoorsman TV, agrees. Hunting—and the amount of time he wanted to spend hunting—also contributed to his previous relationship’s end.

“We’re told who we should marry. We’re told to get somebody who is smart and makes a good husband or wife and has this kind of job,” he says. “None of that stuff really matters. What matters is compatibility and things you have in common. People put their priorities in the wrong area. They look at physical attributes and financial attributes. When you find someone with that common bond of hunting and the outdoors, you have found your best friend.”