3 Upcoming Hunting Dogs You Should Know

Hunting dogs have been developed around the world for thousands of years to assist man in bringing game to hand.... 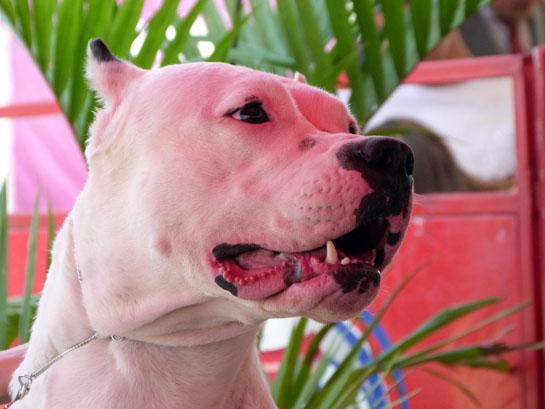 Hunting dogs have been developed around the world for thousands of years to assist man in bringing game to hand. We have some very popular breeds working in the U.S. that were developed in other countries – such as the Labrador retriever, German shorthaired pointer, and even the American foxhound.

However, there are breeds out there that are largely unheard of in the U.S. today. They could be newer breeds or they just might not have been brought to the country until recently. The AKC Foundation Stock Service serves as the door through which new breeds are established in a controlled manner within that kennel club. The United Kennel Club here has their own set of criteria for proving and listing a purebred dog, and is often a head of the AKC – especially if it involves performance or working dogs. Canada has their own kennel club, as does the UK and nearly every other country. One of the primary international organizations is the Federation Cynologique Internationale.

There are a number of hunting dogs currently listed on the FSS. Here’s a quick look at a few that could make big impacts in U.S. hunting circles.

Dogo Argentino (pictured above)
Recognized by the UKC in 2001, the Dogo Argentino is a big-game hunting machine, as well as protection dog. The massive all-white dogs were created in Argentina to hunt big game, specifically wild boar and puma/jaguars. A relatively new breed, the breeding program started in 1928 and used the Cordoba Fighting Dog as a foundation while mixing in Great Dane, boxer, pointer and Irish wolfhound among others. The Dogo was developed for strength and stamina, and to fearlessly hunt big game without being vicious toward other dogs, pets or people. An unstable temperament is a serious fault in the breed, as is any aggressiveness towards people. In addition to hunting alone or in packs for big game, they’ve been used in police work, search and rescue and as assistance dogs. Big, well-muscled dogs, they possess intelligence and a disposition contrary of their intimidating look.

Deutscher Wachtelhund
Recognized since 1996 by the United Kennel Club, which is nearly exclusively performance based, the wachtelhund, or German spaniel, is a versatile dog that resembles a more robust English springer spaniel. They were bred to do it all – flush upland birds and retrieve waterfowl, as well as track furred animals such as rabbits and foxes – even larger game such as stag and boar aren’t out of their menu. The Germans have kept a short leash, so to speak, on this breed and only professional hunters, gamekeepers and foresters have been allowed to have them. As the breed has transferred to America that strict hunting-home only rule has come with them. Rigorously enforced breeding criteria has been the norm in Germany since the modern breed was established around 1890, ensuring a consistently strong, field-bred dog.

Catahoula Leopard Dog
A cur dog that became the official state dog of Louisiana in 1979, the Catahoula (named after the state Parish) has had a long history in the U.S. – perhaps originating from Native American dogs crossed with mastiffs and greyhounds brought by Hernando de Soto. They were favorites of Jim Bowie and Teddy Roosevelt. Again, the UKC beat the AKC to the punch, recognizing the working dog as a distinct purebred in 1995. As a cur, it was used for multiple purposes, from guarding the farm to herding livestock. But one of the most important uses has been as hunter. While its specialty is feral hogs – giving it another name of the Catahoula Hog Dog – it is also used for mountain lion, black bear, raccoon, deer and squirrels. It’s an all-purpose big-game dog that will excel at tracking whatever big game you put it on – including blood-trailing wounded whitetail deer.