Varmints have a new reason to quake in their burrows. Winchester has introduced the .17 Winchester Super Magnum, which is... 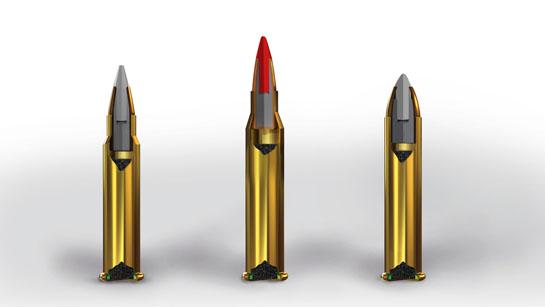 Varmints have a new reason to quake in their burrows. Winchester has introduced the .17 Winchester Super Magnum, which is not only going to be the world’s fastest rimfire round, but also one that offers a significant performance increase over the .17 HMR (see charts below). It pushes a 20-grain bullet at 3,000 fps, which is 625 fps faster than the .17 HMR. What does that extra velocity buy you?

The velocity boost should also translate to more impressive terminal performance at longer ranges. Though the .17 HMR has proven to be a very accurate round, its knockdown power on even moderate-size prairie dogs at 100 yards is just so-so.

Affordability
One of Winchester’s primary goals with the new .17 was to keep it affordable. A box of 50 should retail for about $15, which isn’t much more than the .17 HMR, and is much cheaper than even bargain-basement centerfire varmint loads. Initially, Winchester is offering the cartridge in three bullet styles: a 20-grain polymer-tipped bullet, a 20-grain hollowpoint, and a 25-grain polymer tip. The heavier 25-grain bullet will have a 2,600 fps MV with 5.6 inches of drop and 7 inches of drift with a 10 mph crosswind at 200 yards.