The .17 Hornet: How I Discovered the Perfect Predator Round

For several years now, I have been on a quest to find the ultimate predator rifle. I grew up calling... 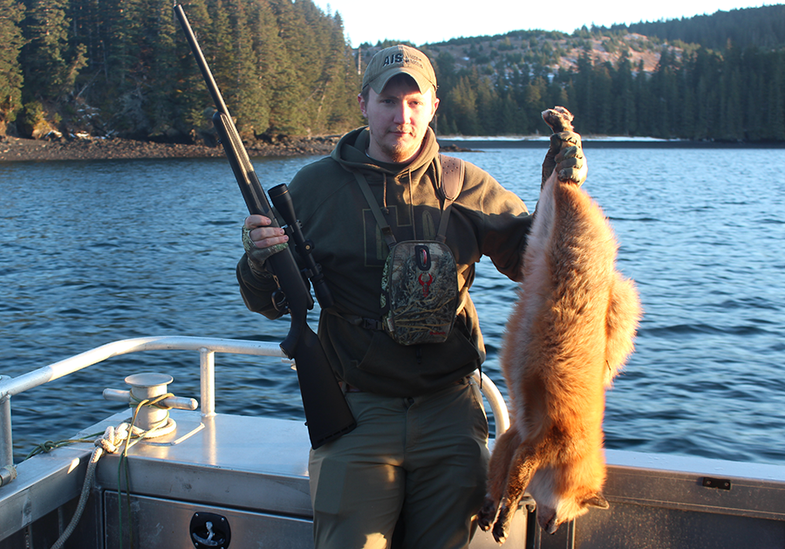 For several years now, I have been on a quest to find the ultimate predator rifle. I grew up calling coyotes in Colorado, but when I moved to Alaska, I found there was a gap in my arsenal that needed filling. My father and I usually make an annual trip to Afognak Island in late November or December, and the highlight for me is hunting the gorgeous foxes that roam the beaches. Shooting them presents a conundrum, however. The foxes there are big and tough, some weighing more than 20 pounds, but they still have very fragile skin. We used the .17 HMR and .22 WMR for several years, and although they are adequate, exceptional shot placement is required to avoid wounding and losing the fox. Cartridges like the .204 Rug., .17 Rem., and .223 Rem., on the other end of the spectrum, typically blow huge holes in the hides.

The relatively new .17 Hornet filled the void perfectly for me. Last fall, my dad brought his new Savage M25 to Afognak, and after taking a few foxes with it, I knew I had to have one.

With the .17 HMR and .22 WMR, even good hits rarely anchor foxes in their tracks. However, with the Hornet, nearly any solid body hit will drop them like they were hit by lightning. The saying “speed kills” certainly rings true with this cartridge. The .17 Hornet pushes a 20-grain V-Max north of 3,600 fps. Although most of my broadside shots pass through, the largest exit wounds were barely larger than a quarter. We cut open several of the foxes and saw that the vital organs were jellied. Overall, we took more than 30 foxes at ranges between 30 and 200 yards, and every solid hit dropped them on the spot.

**Varmint Rig **The CZ-527 topped with a Leupold VX-III 4.5–14x40mm AO is a well-balanced and accurate combo for predators. Photos by Rab Cummings

From what I’ve seen, the .17 Hornet is a fantastic all-around predator cartridge. In my Savage M25, group sizes average 5/8 inch at 100 yards. With velocities rivaling the .22/250, it is a dead-on hold out to 300 yards. Not only does it put the lights out on foxes, it balances power and damage for even more fragile animals like lynxes and bobcats. It has proven to be a worthy coyote round as well.

I have taken a couple of coyotes with it here in Alaska, and was able to test it a little more extensively this winter calling coyotes in Colorado. I shot them at ranges between 40 and 175 yards. Although it requires a little more careful shot placement than a .204 or .223, the Hornet kills them just as dead. The larger coyotes I have shot generally spun around a few times, but they didn’t go more than 10 yards. A few of the smaller dogs went down like a pile of bricks. The hide damage was even more minimal on coyotes, with most bullets not exiting. Of those that did, the largest exit hole was smaller than a quarter.

Although for a dedicated coyote caller, something larger might be more desirable, I think the .17 Hornet is as ideal an overall predator and fur rifle as they come.

Read more: Powders and Primers for Reloading the .17 Hornet

Photos courtesy of the author.