There’s an ongoing arms race in the world of competitive long-range shooting to develop the perfect 1,000-yard cartridge. This battle...

There’s an ongoing arms race in the world of competitive long-range shooting to develop the perfect 1,000-yard cartridge. This battle has largely centered around various 6mm rounds that have been created in recent years. Chief among these are the 6mm Creedmoor, the 6×47 Lapua, and the 6XC.

The virtue of these cartridges is that they have mild recoil and shoot bullets with high ballistic coefficients that hang on to their velocity and resist wind deflection, don’t burn through barrels, and, most of all, are supremely accurate.

I don’t think there’s such a thing as the perfect coyote cartridge—there are too many options (and good arguments) for everything from the .22 WMR to the .220 Swift—but the same qualities that make for a balanced target round also hit the sweet spot for predators.

Old Meets New
The Montana Rifle Company recognized this trend and is the first major manufacturer to offer a production rifle in one of these calibers: the 6XC.

The rifle is the HVR-SS and it is built on the company’s lovely M1999 action. Where the 6XC is modern in every sense, the M1999 exudes old-world excellence. It is a controlled-round feed, two-lug design that combines features from the Mauser M98 and the Winchester M70. The large claw extractor and three-position safety on the bolt shroud are unmistakable visual cues to the rifle’s DNA.

With this august lineage, it is no surprise that the rifle performed as well as it did in the evaluation. Extraction, ejection, and feeding were flawless. The large cut at the top of the receiver and the magazine floor plate made loading and unloading the rifle a cinch too. Single-feeding rounds into an empty gun presented no issues. The cartridges chambered fine every time.

Cold-Weather Excellence
Its reliability and ease of use are part of what makes the rifle suited to hunting predators during the finger-numbing winter months. The stock the company picked for the rifle is also smart in this regard. Made by Hogue, it has rubber over-molding along its full length. The forend swells slightly to fill the shooter’s hand and provide additional gripping surface, and there is pebbled texture at the grip and along the forend. The only way for the stock to get more “stick” would be to roll it in pine sap.

The stock’s only shortcoming is its aesthetics. It isn’t easy to make dull black rubber look good, and the poor fit between the butt pad and the stock created an unsightly gap that further detracted from the rifle’s appearance. Internally, however, the stock is rock solid. The aluminum pillars and stiff nylon chassis create a rigid platform to join the action and stock that helped the HVR deliver bug-hole accuracy.

Before getting to how the rifle shot, one more note on its cold-weather functionality. Traditionalists will take pleasure in the HVR’s one-piece M70-style trigger. Because the workings of the trigger are well exposed, cleaning off mud, water, or ice is a simple matter. A blast of brake cleaner or lighter fluid will quickly knock any debris free. This isn’t the case with the enclosed triggers found on many rifles, which can fail under rough conditions.

The knock on the one-piece trigger system is that it is difficult to tune. Direct from the factory, those old M70 triggers could be as rough as a three-day-old beard. One quality that makes the rifles from Montana Rifle Company so good is the handwork that goes into them. Their triggers are individually honed and the actions are all hand-lapped.

Pinpoint Accuracy
The trigger on my sample broke smoothly at 1 pound 8 ounces. When you add a good barrel and good ammo to a rifle with a stiff stock and a light, crisp trigger, magical things can happen at the range.

The barrel on the HVR has a thick No. 5 contour and is rifled with a 1-in-9-inch twist, which is optimal for heavier 6mm bullets. Norma is loading factory ammo in the 6XC and has two offerings out, one 105-grain match load and one 100-grain hunting load, though only the match ammo was available for my test.

With the match ammo, I never shot a 5-shot group that was larger than an inch. The average size was .782 inches at 100 yards, with the smallest group coming in at .426 inches. This level of performance makes the HVR a viable coyote rifle out past 500 yards with a steady rest and a quality optic mounted on top. Given the number of excellent 6mm target bullets to choose from, a handloader could expect even better results. 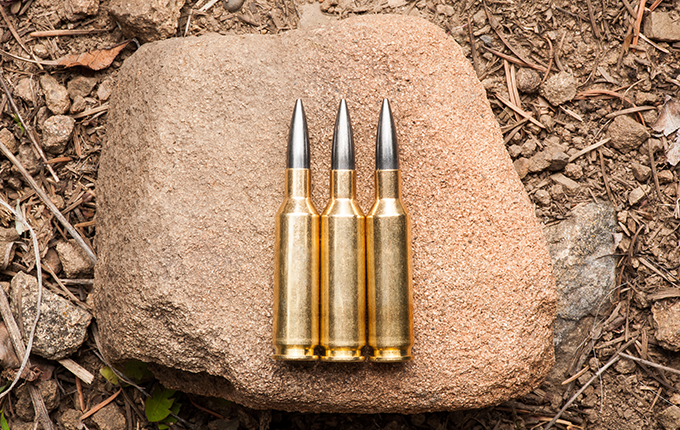 The 6XC was designed by shooter David Tubb for High Power match shooting, and has been used by him to dominate that discipline. It is based on .22/250 Rem. brass necked up to 6mm. During testing, the Norma 105-grain bullets averaged 2,897 fps from the rifle. 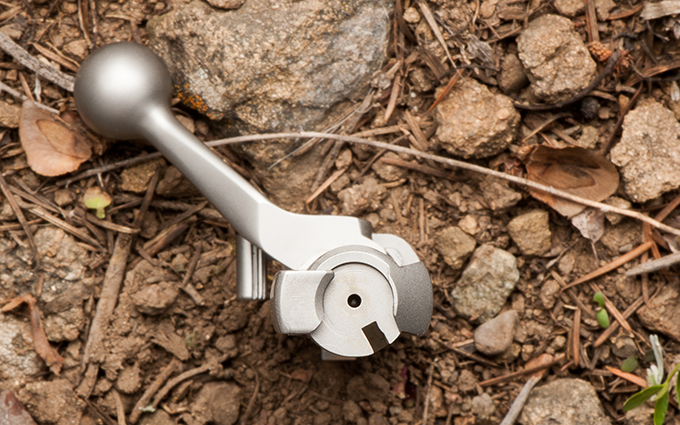 Looking at the bolt face, you can see the large claw extractor that wraps around the rim of the brass to pry it out during extraction. The slot in the bolt face is where the ejector emerges to kick brass free as the bolt is cycled.