The .45 ACP vs. 9mm Cartridge Debate: Does It Really Matter?

The argument may never be settled 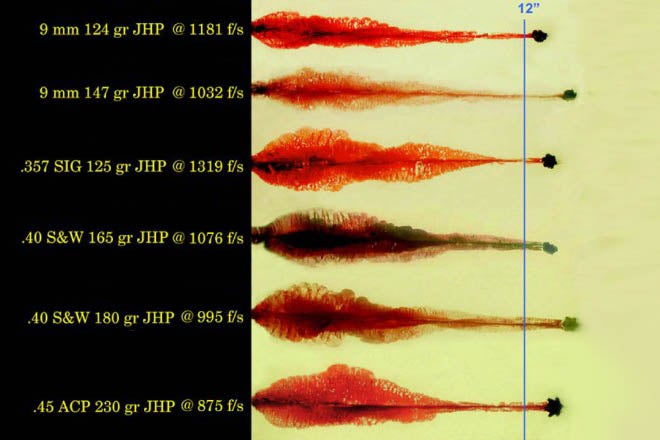 I love a good argument, especially when it comes to talking guns. But I’m always amazed when people speak in absolutes about the merits of the .45 ACP versus the 9mm versus the .380, versus the whatever.

I try to picture how much data I would personally want to see, not only to witness the merits of a given cartridge but also to accurately ascertain the weakness of another, and I know I’ll never be in a position to gather all that information and experience first hand. And I doubt that many—if any—of the voices who vehemently espouse a rock-solid viewpoint on this have either.

All I do know is that I would hate to get shot by any of these cartridges. I’ve seen enough of what bullets do to flesh and bone, and it ain’t pretty.

Almost one year ago to the day, the FBI released a report on why they are tending toward the 9mm over other options, including the .45 ACP and the .40 S&W. In case you missed it, here’s what that summary included:

Interesting stuff, but it doesn’t motivate me to toss my .40s and .45s in the garbage can.

For me, I’m more concerned about the pistol itself. Is it easy to operate and carry? Does it function reliably with whatever ammo I settle on? Are the chances of having some degree of operator error while using it under pressure reduced?

In light of these questions, I exclusively carry handguns with no external safeties. I shoot enough different types of guns for work that I don’t want to inadvertently lock up while trying to shoot a 1911 with the safety engaged.

My main carry gun has been a Glock 23 for many years, but I’ve carried smaller pistols (and larger ones) from time time as well. Most have been striker-fired, but I’ve carried some DA/SA handguns (mostly Sigs) too. And, especially when I’m out in the wild, I often have a revolver on my hip.

The calibers on these guns include .44s, .45s, .380s, 9mms, and .40s. But I’m always careful about the specific ammo I use, making sure to go with bullets that feed well, expand reliably, and offer adequate penetration.