We were having a slow morning of duck hunting in a delta marsh outside of Seadrift, Texas. There were plenty... 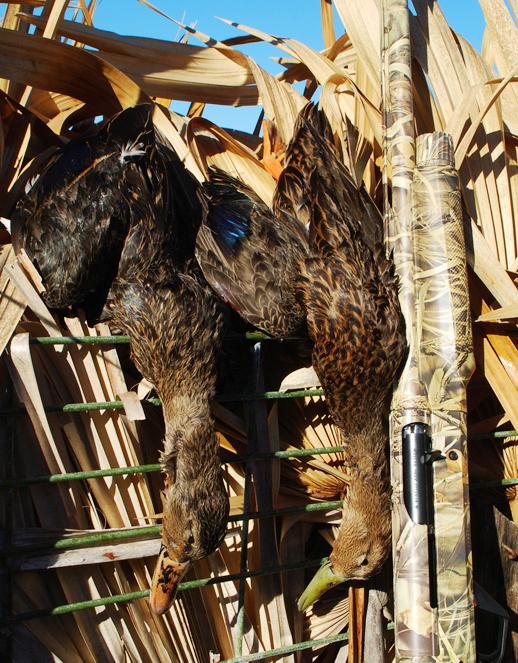 We were having a slow morning of duck hunting in a delta marsh outside of Seadrift, Texas. There were plenty of birds flying, just not in our direction. But then, my hunting partner Jens Krogh of Franchi whispered “Right here on the right,” as two ducks dropped straight out of the sun and over our decoys.

“Cut’em!” our guide hollered, and we rose up in our blind. Jens hit the bird on the right and I popped the second bird hooking in.

I was sure we had just killed two hen mallards but our guide happily called out “Mottled ducks.”

It turned out that we had just doubled on a pair of the more coveted duck species in the South. The mottled duck is a relative of the mallard and looks like a cross between a black duck and a hen mallard. The drakes and hens are hard to tell apart except that the male’s bill (pictured right) is usually bright yellow while the female’s bill is orange.

These birds are only found in Florida and in the delta marshes along the Gulf of Mexico. They don’t migrate and are one of the only duck species on the continent that have adapted to breed in southern marshes.

Besides their rarity, mottled ducks are extra desirable for waterfowlers because they are one of the most frequently banded birds along the Gulf Coast. Experts say that about 1 in 20 of these ducks are banded. Unfortunately, ours were not.

But nonetheless, Jens and I both killed our first mottled ducks (something I may never do again, being a Yankee and all) and witnessed a great truth about duck hunting: sometimes, all it takes is one bird to save your day.

Not to mention, if you spend enough time in a marsh you’re bound to learn some pretty cool stuff.