Deer Hunting Tips: How to Really Use a Grunt Call

Want to tag a big buck this fall? Speak his language 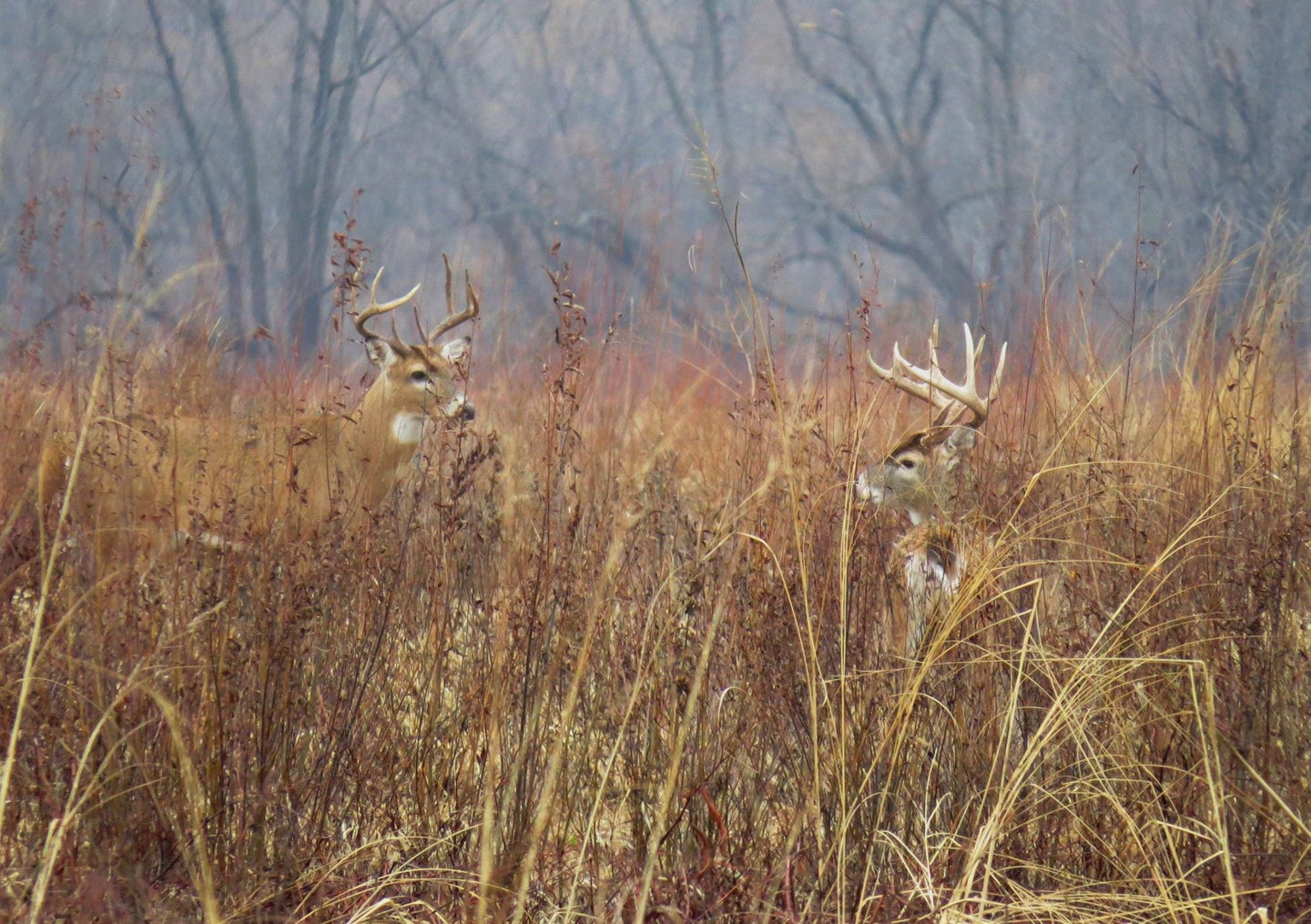 Grunting in bucks can be incredibly effective, if you do it right. Jessica Bolser / USFWS
SHARE

In my opinion the grunt call is the most important innovation under $15 in the history of whitetail hunting. If you’ve piped on a tube for years with little to show for it, you probably think I’m making a rash statement. But I firmly believe that by using this chart to improve your technique you can grunt in a couple of bucks this fall. One of them might even have a whopper rack.

CALL REPEATEDLY
In areas in early to mid-October, it can’t hurt to blow half a dozen moderately loud grunts every 20 to 30 minutes. Do this whenever you’re archery hunting in a draw or on a ridge where deer move between bedding and feeding areas. You should also grunt periodically from a stand near a bedding area. Your calls might cause a deer to sneak over to investigate.

GRUNT TO OUT-OF-RANGE BUCKS
“Blind calling” can work, but a grunt call really shines when a buck has been spotted. Grunt at every buck you see that is slipping by out of range. If a deer hears you, he should at least stop and look your way.

GET AGGRESSIVE
Most of the time, after stopping and looking, a buck will continue on his way. Don’t just sit there: Grunt more, and louder. What have you got to lose? It’s a long shot, but your insistent grunts might turn the buck back your way.

ADD TO THE REALISM
From around November 5 to the peak of the rut, make some estrous-doe bleats with a can-type call, followed by some tending grunts. Young bucks might race in, thinking a breeding show is about to begin. If you’re lucky, a stud might roll in to steal the hot doe.

CRANK IT UP IN THE RUT
The best calling success occurs around the peak of the rut. This is when bucks are on the prowl, scraping and seeking does. Crank it up by blowing loud, choppy tending grunts every 30 minutes or so. The calls should sound something like urrrrppp, urrrrppp, urrrrppp. Use 5- to 10-second sequences. A buck might come to what he thinks is a rival trailing a doe.

TONE IT DOWN POST-RUT
When the post-rut begins, go back to setting up close to bedding areas and in funnels that lead to food sources and tone your calling back down. A weary buck won’t walk 100 yards out of his way to investigate loud, fancy calls.

DON’T BLIND-CALL IN FEEDING AREAS
Don’t blind-call when bowhunting near crops or acorns, especially early in the pre-rut. Deer are coming to feed in the afternoon anyway, so there’s no need to attract them. Besides, if you call excessively where animals congregate, a doe or a young buck might come over and bust you.

DON’T FRET ABOUT YOUR CALL’S SOUND
I’ve heard 10-pointers make wimpy, nasal grunts and 8-pointers grunt deeper than market hogs. The point is: Don’t worry too much about the tone of your grunt tube in October or December. During the rut, however, use a throaty, deep-pitched call; old bucks seem to respond to these best.

DON’T BE AFRAID TO GRUNT
Blow your grunt tube loud enough to get a buck’s attention. On windy days, you’ll have to bear down. Many times I’ve blown a call past its breaking point, sending distorted grunts to bucks 150 yards out; they all stopped and looked. Of course, the closer a buck is, the softer you should call.

DON’T GRUNT TO A NEARBY BUCK
Don’t grunt when a buck is within 75 yards and looking for you. He might see you move, or he might not see another deer over there and get suspicious.

DON’T CALL TO AN APPROACHING BUCK
When a buck is walking steadily toward you, don’t call. Grunt again only if the deer loses interest and begins to go in another direction.

DON’T USE A CALL TO STOP A BUCK
When a buck gets in close, don’t fiddle with a call to stop him, not even one of those newfangled hands-free models. Voice-grunt once or twice–something like eck, eck. No matter how bad you sound, a deer will freeze. Draw your bow or aim your firearm before you grunt and be ready to shoot the second a buck stops.

DON’T GRUNT BLANDLY
Many people grunt in a monotone. Don’t. If you sit and blow three or four soft grunts every hour, you’ll probably never call in a deer. But if you put some life into your routine by varying the volume and excitability of your grunts, you’ll have better luck.

Quick Tip
One day I grunted at a big eight-pointer. He looked my way and then moseyed off. Twenty minutes later, I heard hooves crunching leaves behind my stand. The buck had circled. Even if a buck moves away, you should watch your downwind side.