What you don't know about  the rut. 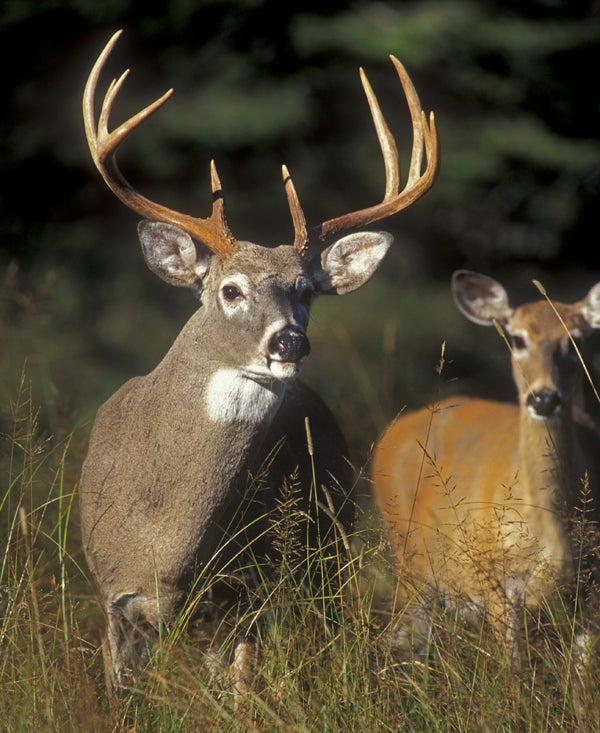 For months, I stared at November’s calendar and those six perfect days marked with thick black X’s. I was determined to kill a big buck, and those dates bracketed the peak of the rut–or so I thought.

I hunted every minute of my time off, but the Milk River cottonwoods in Montana sounded like an empty cathedral–strangely, eerily quiet. I never saw a shooter.

The rut is a great equalizer, making bucks easier to find and less wary than they are the rest of the year. But does are nobody’s fools and will bust hunters whose woodcraft isn’t up to snuff.

That was a dozen years ago, and ever since, I’ve wondered why my peak-of-the-rut hunt was such a bust. It was unusually warm, but that shouldn’t have shut the rut down like a curfew. There was significant hunting pressure, but I still should have seen some deer. The moon was waning, but the deer weren’t entirely nocturnal.

My conclusion? For every piece of can’t-miss information and statistically significant data you collect, there is an equal and opposite force at work. Sometimes, all those carefully laid plans and miscues add up to a giant whiff.

Our understanding of the rut is riddled with old wives’ tales. Here are some common myths, busted by what years of hunting has taught me.

Myth: The Rut Is Constant

Reality: I based my hunting vacation on the presumption that I would be in the woods when the rut switched on. I had understood, largely from experience, that in northeast Montana, the rut begins about November 13, peaks on November 17, and is pretty much over by Thanksgiving.

Most years that holds true, but it’s not that simple. Rut activity can start slow, build up gradually and trickle to an imprecise ending. It’s rarely as narrowly defined as I thought.

Reality: The single most enduring myth of the rut is that this witching period allows whitetail hunters to be sloppy, loud and stinky, yet still be successful. I’ve killed November deer that would have spooked in September, but I’m convinced that the largest deer are still savvy, even when they’re in lovestruck mode. In fact, I wonder how many “rut dumb” deer I never saw because I assumedthat they would be distracted.

Reality: Many hard-core hunters spend more time scouting than actually hunting. They base much of their pre-season information on scrapes, setting up where they see the most scraping activity.

Smaller bucks make more scrapes than the bruisers do. Big bucks will often build only one or two scrapes, but maintain them more vigilantly than the youngsters of the herd.

Reality: If you think the rut is all about sex, you’re right. But it’s not necessarily the biggest bucks that are getting all the action. The most energetic breeders are the 3 1⁄2- to 4 1⁄2-year-olds. The oldest bucks may spend a lot of time sniffing, but less time mounting.

Reality: This is an early-rut myth–one that’s easily busted. During the chasing phase of the rut, you need to be in the field every minute you can, even in the very middle of the day.

Reality: Whether or not bucks were bird-dogging does used to be my barometer for measuring the rut. That holds true mostly for mule deer. For whitetails, however, I often find rut-season does and bucks near one another; whitetail does are nobody’s fools. If your woodcraft is sloppy–even during the rut–you won’t see either sex.

Reality: I’ve called a handful of shooter bucks into my lap with rattling antlers. Then again, I’ve rattled to literally hundreds of deer, and I’ve spooked more than I’ve lured. Rattling can work–especially in areas with a high buck-to-doe ratio–so keep rattling horns in your pack. Just don’t make rattling your go-to tactic.

Myth: The Second Rut Is Best

Reality: My buddies thought I was crazy to burn up all my vacation time in November. They swear by the intensity of the “second rut,” when the does that weren’t bred in November come into estrus again. It can be good, but it’s shorter and less intense and involves fewer animals than the main rut. If you’re a low-risk gambler, stick with the odds and hunt the prime rut.

Reality: Studies seeking to find a correlation between rutting activity and moon phase have produced mixed results. Some recommend the peak of a waxing moon; others the first days of a new moon. Hunt when you can; don’t base your life on lunar logic.

Reality: I’ve killed dozens of old, gnarly, swollen-necked bucks, and only one or two were especially gamy. If you keep your meat clean and cool, even that “stinky” buck will make fine table fare.