A report issued this week by the Wisconsin Department of Natural Resources indicates gray wolves are becoming increasingly troublesome for... 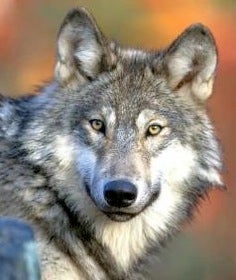 A report issued this week by the Wisconsin Department of Natural Resources indicates gray wolves are becoming increasingly troublesome for farmers and hunting dog owners across the state, killing a record number of animals in 2010.

Wolves attacked or killed livestock on a total of 47 Wisconsin farms last year, up from 28 farms in 2009 and from the previous high of 32 farms in 2008. Douglas County led the list with 12 livestock attacks. Sixteen other northern counties also reported problems with wolves.

The new data reveals wolves killed 47 calves, 16 adult cows, six sheep and six farmed deer on Wisconsin farms in 2010. The estimated value of the destroyed livestock was estimated at $114,000.

In addition to agricultural losses, wolves were responsible for killing 14 pet dogs and another 20 bear-hunting hounds last year, Adrian Wydeven, wolf expert for the DNR told the Duluth News Tribune. The state paid more than $61,000 in damages for the dog losses.

“I think, besides the big increase in the number of farms where we’re seeing problems, the number of dogs being attacked is really telling. It’s getting much higher than what we used to see,” Wydeven said, adding that 2010 marked the first time a bird-hunting dog was killed by wolves in the state.

Wydeven said the number of attacks is increasing because wolves are moving into new areas and because state wildlife officials have fewer options to kill them under federal guidelines in recent years.

An estimated 700 wolves currently reside in Wisconsin, a number that is expected to rise another 10 percent in the next population summary, according to the DNR.