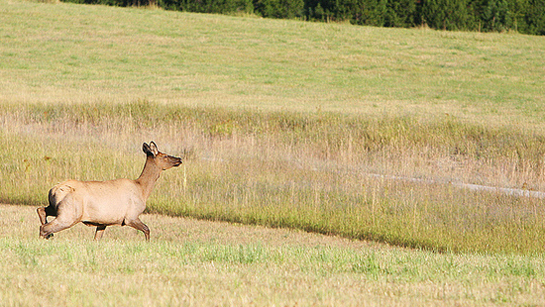 The Missouri state auditor’s office released a study yesterday finding that the Show-Me state’s elk restoration program has cost three times more than initially estimated. This boils down to about $30,000 per elk, according to the Associated Press.

The study said the Missouri Department of Conservation spent about $1.2 million on employee salaries, equipment and habitat improvement. In June, the department released 34 radio-collared elk in southern Missouri. The department says there are now 36 elk, including five calves and it has plans to introduce up to 150 elk over several years.

The study was immediately contested by conservation officials who say it unfairly counted one-time costs like building elk pens. The department also argued that the wildlife restoration projects benefit all wildlife, not just reintroduced elk.

Proponents of the elk restoration also argue that getting elk back into the state will be a boon for the economy, bringing in tourism dollars and hopefully, hunting license fees one day.

So what’s your take? Is it worth spending $30,000 per animal in order to reintroduce elk back into their native wild lands?