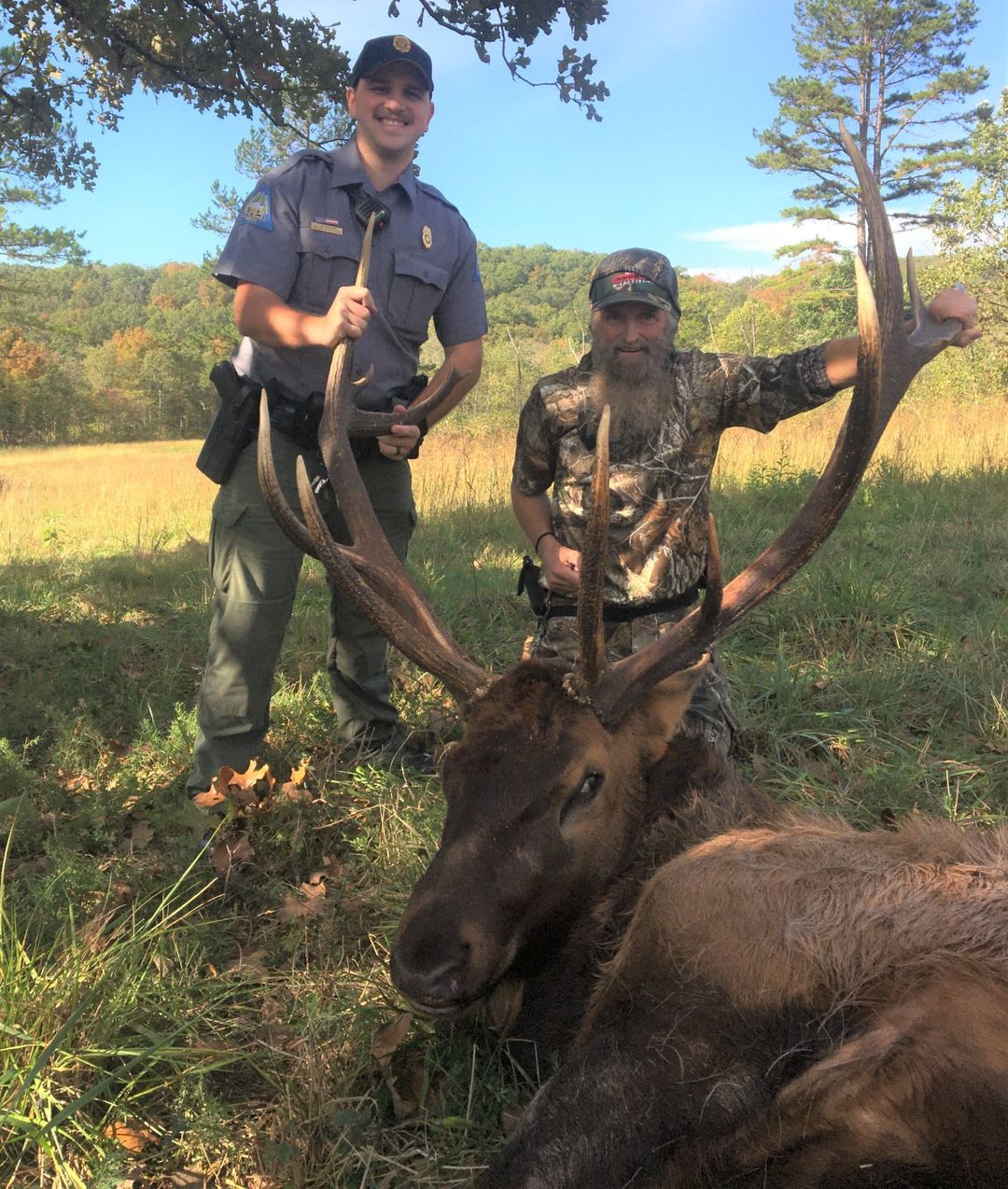 In a still developing story, Chris Irick of Pleasant Hope, is the first Missouri bowhunter to take a bull elk in state’s modern era of hunting, according to the Missouri Department of Conservation.

Irick bow shot the large 6×6 bull in Shannon County on Oct. 18. Strangely enough, the dead bull was found Oct. 19 by a bear hunter who was participating in the first-ever black bear hunt. He immediately called the MDC. Conservation agent Logan Brawley was dispatched to the scene. As Brawley arrived to check on the elk, he heard Irick yelling but couldn’t see him. Irick had climbed 16-feet high in a tree over the elk to hopefully get cell phone service to report his harvest to MDC via “Telecheck.”

According to the MDC Facebook report, thankfully due to cool overnight temperatures the meat from Irick’s bull elk is fine, and will make for some delicious meals for friends and family in the coming months.

Missouri’s first modern elk hunts come after years of restoration efforts of the once-native species by MDC and numerous partners and supporters of big game hunting.

Very limited state permits for bull elk are available for both hunting seasons. All permits were assigned through a random-lottery drawing.

“The timing of the [elk] season was designed to come after the peak of elk breeding during late September and early October and to avoid the elk season coinciding with portions of the firearms deer season,” explained MDC Elk and Deer Biologist Aaron Hildreth.

The Missouri bear season has been years in the planning (like elk), with only portions in the southern part of the state opened in three zones to bear harvest.