British angler Daniel Bennett reeled in the largest known fish ever caught from the British shoreline last week. Although the... 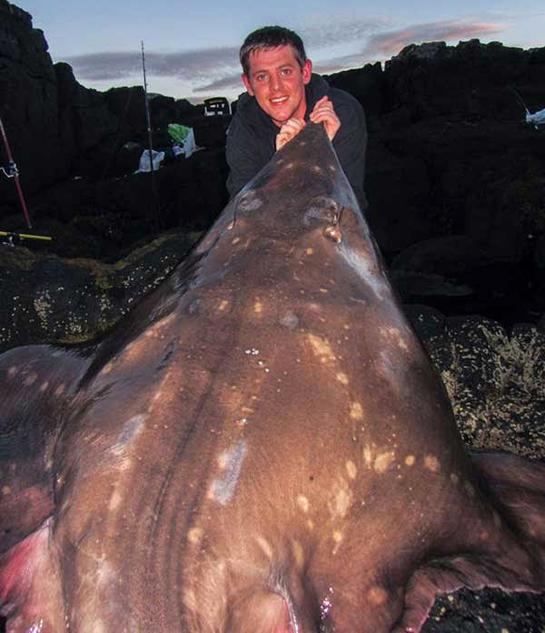 British angler Daniel Bennett reeled in the largest known fish ever caught from the British shoreline last week. Although the monster catch tops all the current records, it didn’t meet the official requirements to make the books.

Casting out a half mackerel fillet off the shores of the Isle of Sky in Northern Scotland, Bennett’s mackerel was sucked down by a massive 208-pound skate. After a grueling two hour battle, the skate was beached and eventually taped out at 88.25 inches by 66.75 inches.

Although West Scotland is normally known for skate, Bennett told the Scotsman that it’s been at least 30 years since an angler hauled one in near Skye.

Believe it or not, skates are a protected species in Britain, and this goliath had to be released. Releasing the skate before an official weighing means it won’t go on the official record books, although it will be considered for the Notable Fish List, kept by the British Record Fish Committee.

A BRFC spokesman confirmed the skate outstripped anything on its current record list. The current record for the largest fish caught from British shores is held by a 159-pound skate caught on the Isle of Lewis in 1994.