The origin of meat is a mystery to some folks. I once had a conversation with a woman at a... 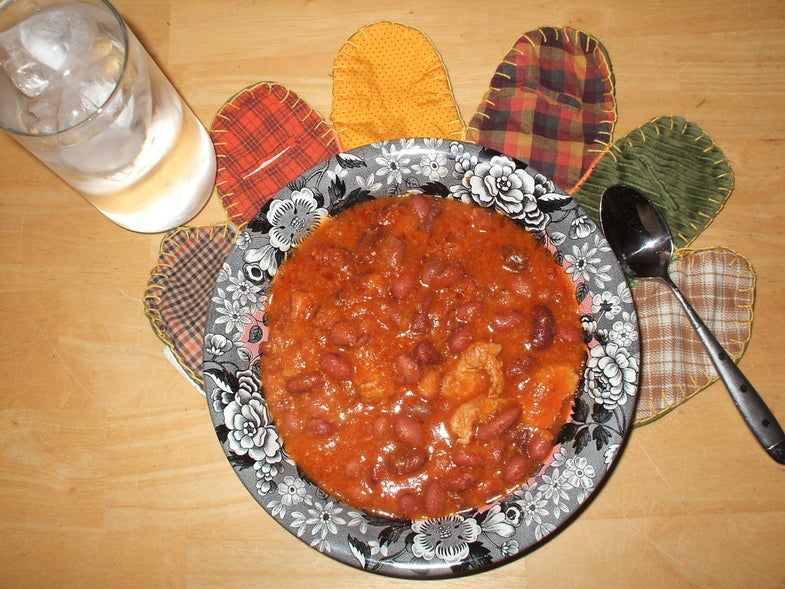 The origin of meat is a mystery to some folks. I once had a conversation with a woman at a New England summer cookout that went something like this:

“You are kidding me right?” she said. The young woman stared at me blankly, like she was photoshopping that image of The Ham Tree in her head.

Not everyone can be like us eh. Eating wild game and fish, especially wild turkey, is high on my list of living well, and a way to extend the hunt. If possible, I like to utilize as much of the meat as I can, including the breasts and the drumsticks; even the remaining carcass once the legs and thick chest meat are drawn. Traveling by plane from turkey country as you bang out another Grand Slam might limit you to simply breasting the bird though.

As this goes, you can basically use breast meat in any recipe that includes store-bought domestic chicken fillets or farm turkey. It’s that simple. Many guys simply opt to finger the meat, roll it in egg batter then flour, and fry it in cooking oil. That’s cool–it’s good, and seasonings offer flavor options. Wild turkey chili is another great go-to option. You can raise the recipe bar too.

Recently I baked thin fillets from one thick turkey breast taken this recent spring season. In one mixing bowl I had a few tablespoons of fancy mustard and roughly a half cup of milk. On a plate, I sifted out some flour, and grated some jalapeno cheese. Next I rolled the thinly cut fillets in the mustard-milk mix, then in the flour-cheese deal. With the oven preheated to 400 degrees, I placed the meat into a glass baking dish, gently poured the remaining mustard-milk liquid on top, and slipped it in the oven. Forty minutes did the trick.

While many hunters only keep the breast meat for grilling or frying (and obviously baking) that’s only part of it. Go the game-cooking distance. I like to parboil the drumsticks in a tall lobster pot ¾ full of water. After 90 minutes or so, you can remove the legs, cool them, and pick the meat for use in soups and stews. Breast meat and legs now removed, you can do the same thing with the skinned & gutted body of the turkey (snap it into two pieces). Try it. You might be amazed at how much meat is still available.
Got any good post-season wild turkey recipes to share?