The NPS appears to be considering introducing four-legged predators to help control deer populations in D.C. and Maryland parks where hunting is banned 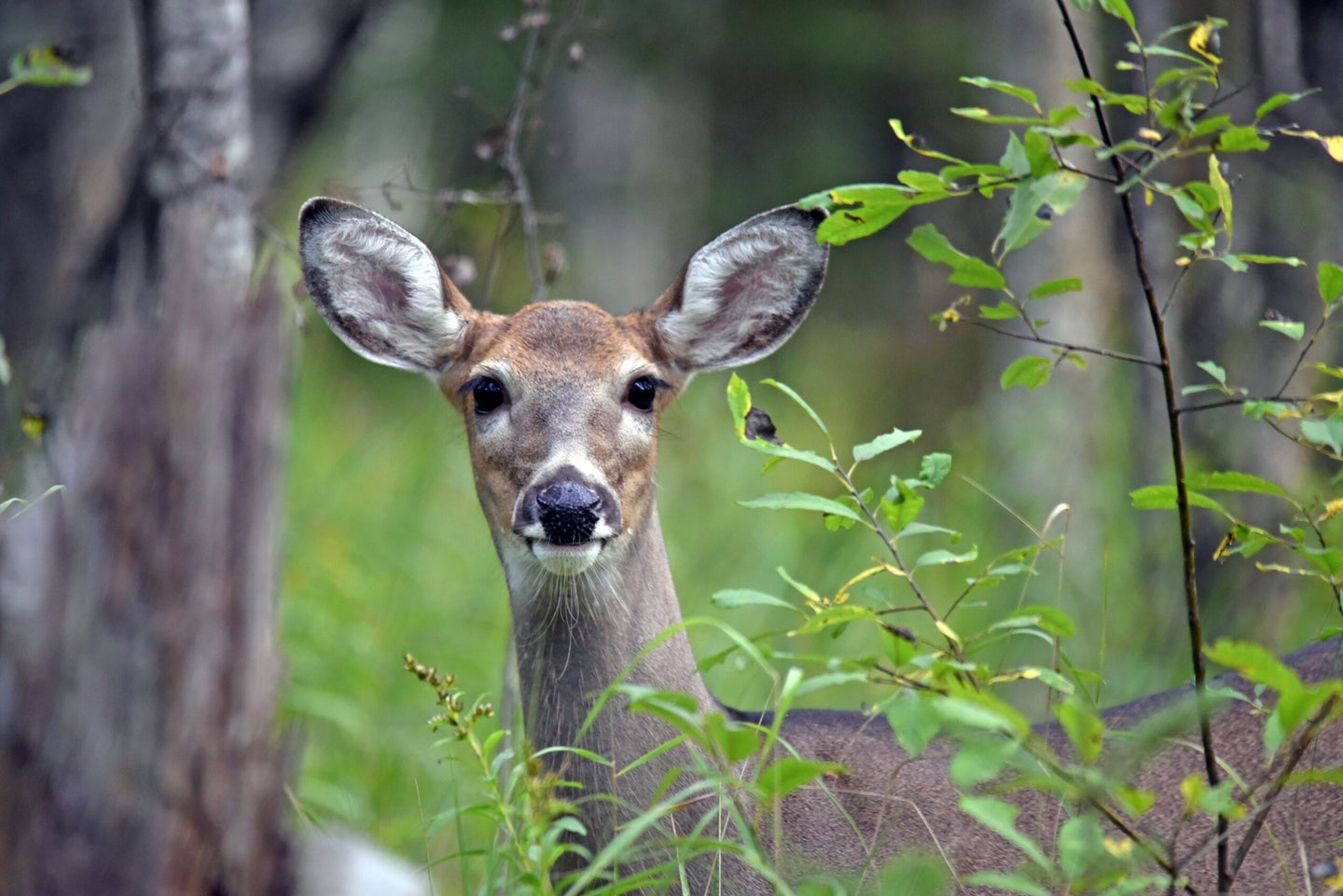 To curb whitetail deer numbers in urban and suburban parks in D.C. and Maryland, NPS might be considering introducing predators like bears and wolves. Courtney Celley / USFWS
SHARE

The National Park Service recently shared plans to control the deer population in the D.C. area and reduce the number of deer by 15 to 20 percent over the next 10 years. According to WTOP, officials are even considering adding wolves or bears to the parklands to introduce natural predators, though the NPS later pushed back on that idea.

“What’s happening is [the deer are] not facing any real predation,” said Sean McGinty, an NPS spokesperson.

Deer have flourished in National Capital Parks – East with “low levels of disease, gentle winters, favorable habitats and vegetation in and around the parks, and no natural predators,” according to the NPS. An official Deer Management Plan for D.C. and Maryland parks under NPS management has not yet been implemented, but the high density of animals in the area makes one necessary. A 2021 NPS assessment showed an average deer population of almost 200 deer observed per night and nearly 175 deer per square mile in recent years. This concentration of animals raised habitat and human-wildlife conflict concerns among wildlife officials.

“Within forests, deer can significantly reduce forest regeneration by damaging and eating tree seedlings and saplings,” said McGinty. “Over time, this can degrade forests and the habitat they provide for other animals and plants.”

Adding natural predators to the area would theoretically help reduce the number of deer, although McGinty told WTOP that there isn’t really enough wilderness for black bears in the area. He did not mention any of the red tape involved with trying to introduce an already controversial predator to the nation’s capital. Hunting is not allowed in national parks, and many of the parks targeted for deer reduction are managed under the National Capital Parks umbrella.

In a later discussion with McGinty, he denied that bears or wolves would be introduced to the parks to cull deer populations. “There are no plans at all, point blank, period, end of story, to introduce predators within Washington D.C.,” he said. “Those animals require habitats that are not here.”

Additional management measures would include using trained marksmen and biologists to safely reduce the deer population in the area. This program is not expected to interfere with existing deer hunting licenses or deer seasons, and venison collected from any culling will be donated to local food pantries.

“Our plan remains to use trained sharpshooters within our parks utilizing extreme prerequisites for safety, ” said McGinty. “That remains our only option at this moment because unfortunately, it remains the only effective option for reducing the deer population in our area.”

Editor’s Note: This story was updated to include additional comments from the National Park Service.