Canada Coyote Attacks May Be Caused By Illegal Drugs

Coyotes are biting humans at a large park in Vancouver. The strange behavior has been linked to drugs, possibly opioids 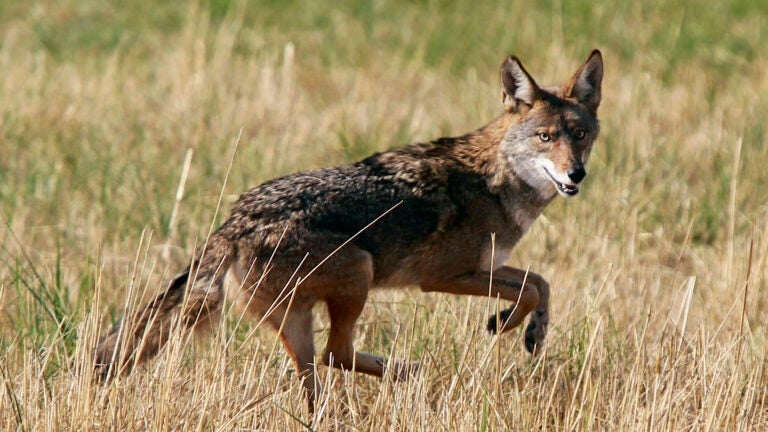 Is this recent spate of coyote attacks linked to drug ingestion? It's possible.
SHARE

Coyotes thrive as apex predators, pursuing small animals and deer. But rarely do they harass humans, or attack them.

But this year is different, especially in Stanley Park, a 1,000-acre lush region on the north end of Vancouver, British Columbia, Canada. There, in just a few months, there have been 30 attacks by coyotes on humans, some against children as young as age five, with many other human encounters with aggressive coyotes, reports iHartRadio. The attacks are being linked to coyotes ingesting illegal drugs and humans feeding them.

In a recent four-day span three coyote attacks were reported, and several coyotes have been captured and killed by wildlife officials.

The situation is so bad that local conservation officers have warned the public to stay out of the popular park.

“There’s displacement of coyotes from their normal living area by homeless encampments,” she said. “These animals have been pushed into fringe areas where they’re more in contact with people and more likely to get into conflict.”

Read Next: A Crash Course in Coyote Hunting

Alexander said all coyote attack cases she’s studied included animals that were fed by people, or conditioned to eating human food. This reduces a coyote’s normal fear of man.

“That’s a precursor to an attack,” she said, adding that in Stanley Park there’s “definitely chronic feeding.”

“The behavior of some of these individuals [coyotes] suggest they’ve ingested toxins or drugs, possibly opioids. There’s also some indication of possible abuse of these animals. This is abnormal behavior that we’re seeing, but the key thing is here they’ve lost their bite inhibition and so this is no longer a situation that you could consider a co-existence scenario.”