Columbia River Salmon Reverse Migration Because the Water Is Too Hot

Tens of thousands of salmon are at risk of dying, thanks to the heat waves hitting the Pacific Northwest 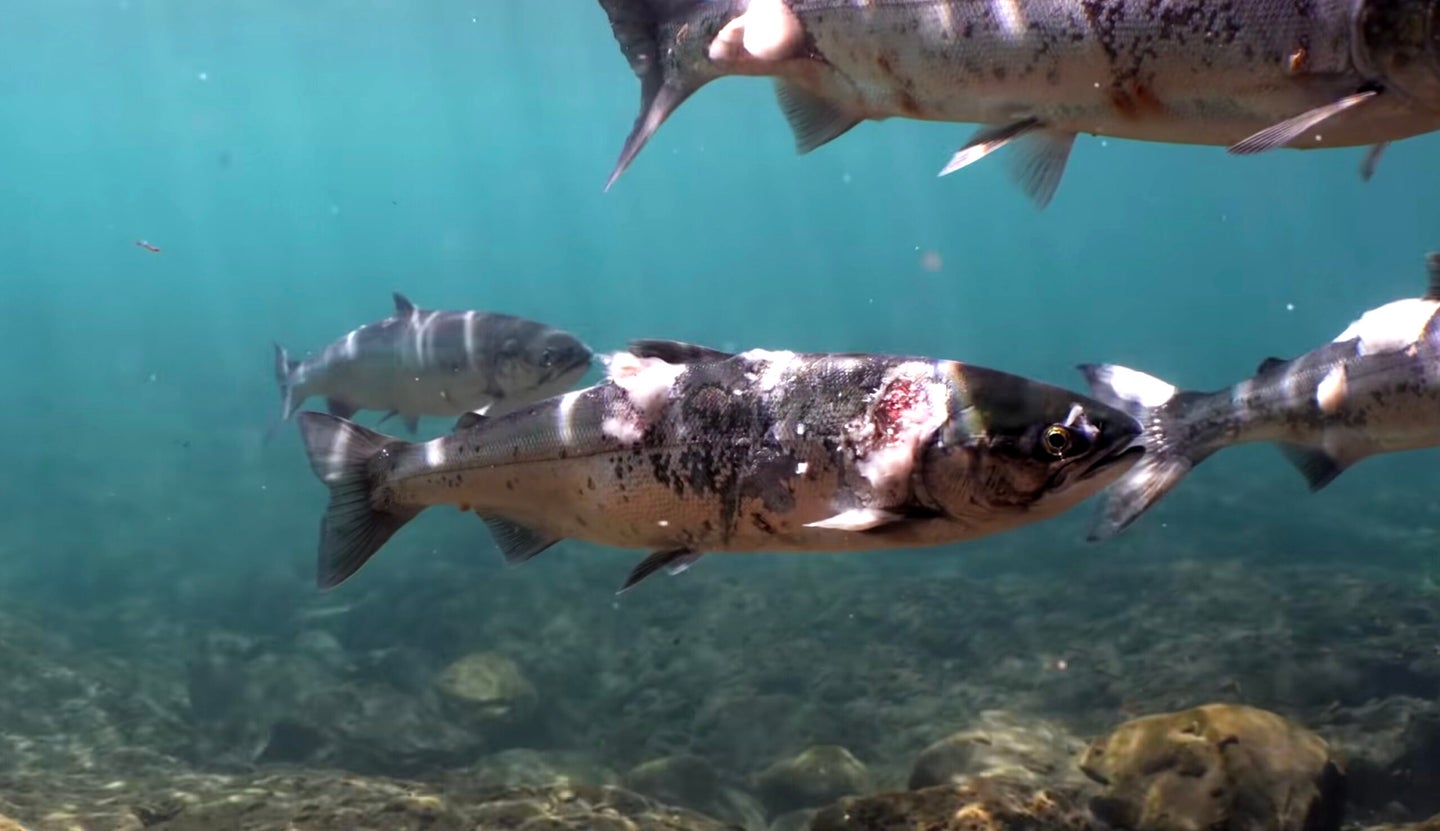 A screenshot of the video recorded by Columbia Riverkeepers in mid-July, which shows pervasive lesions and fungus on heat-stressed sockeye salmon. CRK, via YouTube
SHARE

The Columbia Riverkeeper, a West Coast non-profit organization, published a YouTube video on July 27 that shows a heat-stressed school of sockeye salmon swimming in a tributary of the Columbia River in Washington state. The fish, filmed in the Little White Salmon on July 16, appear to have multiple lesions and fungous spots.

The salmon were migrating from the Pacific Ocean to their spawning areas upstream, but were “diverted” by rising water temperatures, CRK executive director Brett VandenHeuvel told Nature World News. He says the salmon turned around mid-migration to seek cooler water by heading into the Little White Salmon River, a tributary of the Columbia.

The video was shot during a major heat wave in mid-July that pushed Columbia River water temperatures up to 70°F. Seventy is considered an extreme temperature for sockeyes, and can prove deadly if the fish are exposed to it for a prolonged period. Under regulations established by the Clean Water Act, the Columbia River is not supposed to reach more than 68°F.

VandenHeuvel contends there are tens of thousands of sockeye salmon staging in the Columbia and Lower Snake rivers, and as weather and water warm throughout the summer, more fish may perish. VandenHeuvel says he visited the region and witnessed fish in other streams suffering similar fates as those filmed in the video, as well as the presence of dead sockeye.

Don Sampson, a member of both the Confederated Tribes of the Umatilla Indian Reservation and the Northwest Tribal Salmon Alliance’s advisory board, was shaken by the video. He likened it to the blistering summer 2015 heat waves that killed a reported 250,000 sockeye salmon in the Columbia River and its tributaries.

“The sockeye salmon in the Columbia River are dying,” he told Nature World News. “They’re in lethally hot water. We’re in a salmon crisis.”