Red Tide Is Killing Millions of Fish on the Gulf Coast 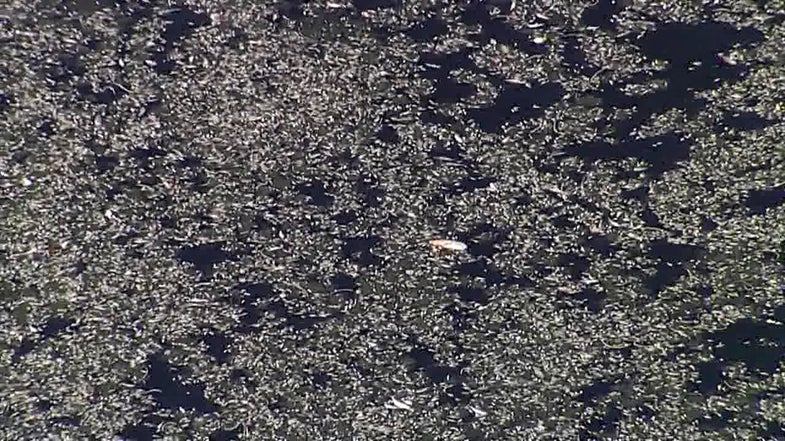 An uncountable number of fish that died due to red the Florida coast.
SHARE

The outbreak has been ongoing since early June, but the push of water and wind from Elsa has brought this year’s red tide fish death toll into sharp focus.

Countless numbers of dead fish, and baby sea turtles are strewn about the beaches of Pinellas County, which includes Tampa, Clearwater, and St. Petersburg—a population of around 1 million people.

“Never, ever, have I seen it this bad,” Glen Nguyen, who fishes both in tournaments and commercially, told The Washington Post.

Red tide is a natural occurrence from large blooms of toxic algae that spreads through the water. It is deadly to fish and other marine life, including shellfish, marine mammals, and birds. It can be harmful to humans, causing respiratory issues, tearing eyes, and coughing.

In St. Petersburg, crews working for 10 days collected 30,000-pounds of dead fish, with over half that amount picked up in just 24 hours. Thousands of dead tarpon and snook were found, and more dead fish still littered the water, shorelines, and mangrove areas, reported the Tampa Bay Times.

“I think many people had high hopes that [Tropical Storm] Elsa might either wash the red tide out of the bay or the winds might break up the organisms,” said Maya Burke, assistant director of the Tampa Bay Estuary Program. “Unfortunately, that’s not really what we’ve seen.”

The Florida Fish and Wildlife Conservation Commission’s red tide map shows high concentrations of the microorganism in Hillsborough Bay and Tampa Bay. Officials believe the problem will not be resolved quickly.

Read Next: 10 Common Parasites and Diseases Found in Game Fish

“It is very unusual to see red tide at these concentrations in Tampa Bay, especially this early in the rainy season,” said Burke.

The Tampa Bay Times reports some area residents suspect the current red tide may be related to 215 million gallons of nitrogen-rich wastewater that got into the bay earlier this year from an old fertilizer plant. Algae feeds on phosphorus and nitrogen, which may produce red tide.