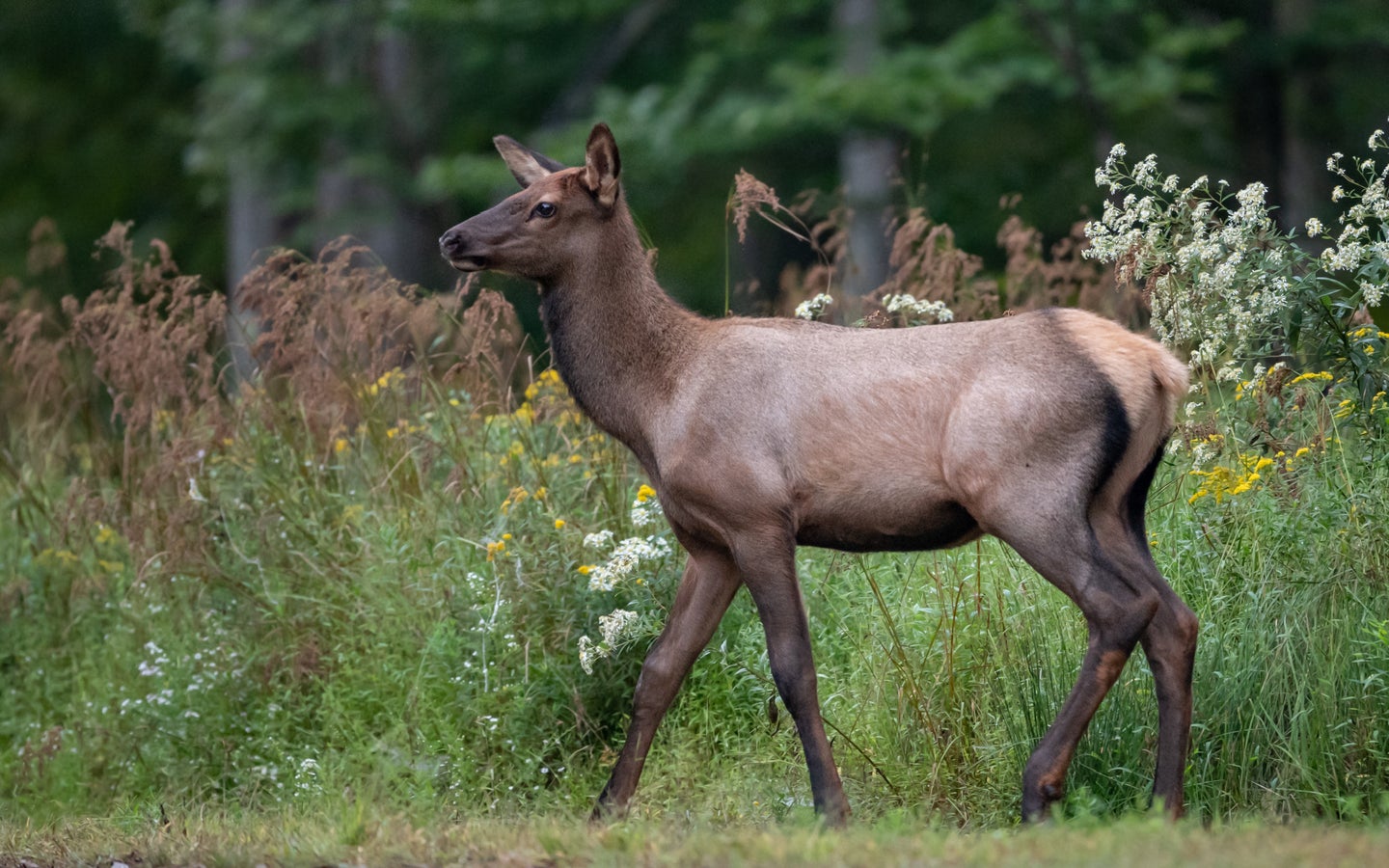 The Eastern Band of Cherokee Indians’ Natural Resource Office is asking the public for help in a case involving an elk calf poached by an archer. According to a Facebook post from the Cherokee One Feather the calf was discovered on Sunday, Dec. 18 near the Tsali Care Center in Cherokee, North Carolina. The EBCI Natural Resource Office has since put up a $1,000 reward for any information on who the culprit might be.

The calf was dead upon discovery, according to WRAL News.

“Elk, like deer, are a protected animal under Cherokee code and cannot be hunted on tribal lands,” the Natural Resources Office said.

After the reward was announced, Help Asheville Bears, a local bear advocacy organization, put up an additional $5,000 in reward money, making the total $6,000.

The elk herd wanders around the populated area when not grazing near the Oconaluftee Visitor Center at Great Smoky Mountains National Park.

“Our residents here love seeing them,” Tsali Care Center receptionist Mallie Swayney told WRAL News. “They usually come across the outside parking lot here, and they’ll come over to our side of the building and they walk around the parking lot. It’s really neat to see them.”

Once ubiquitous in southern Appalachia, Eastern elk were reintroduced to Great Smoky Mountains National Park in 2001 after being wiped out of the area in the mid-1800s by habitat loss and over-hunting. They have since expanded beyond the Park boundary and onto EBCI lands, according to EBCI. In 2010, the National Park Service and Principal Chief Michell Hicks signed a Memorandum of Understanding to manage the elk herd in a cooperative manner, with EBCI managing the herd on their lands and the NPS managing it on theirs.

In 2020, EBCI’s Fisheries and Wildlife Department commissioned a study on the value elk bring to the community, including the Qualla Boundary, which is land owned and populated by enrolled EBCI members. Based on research and survey responses from both residents and visitors, the elk herd brings an estimated $29 million and 400 jobs to the area. The town of Cherokee serves as a gateway community to Great Smoky Mountain National Park and hosts a lot of wildlife viewing tourism. The Qualla Boundary specifically gets about $7 million and 100 jobs from the herd.

There is no elk hunting season in North Carolina, and the Wildlife Resources Commission estimates that 150 to 200 elk currently live in the state.