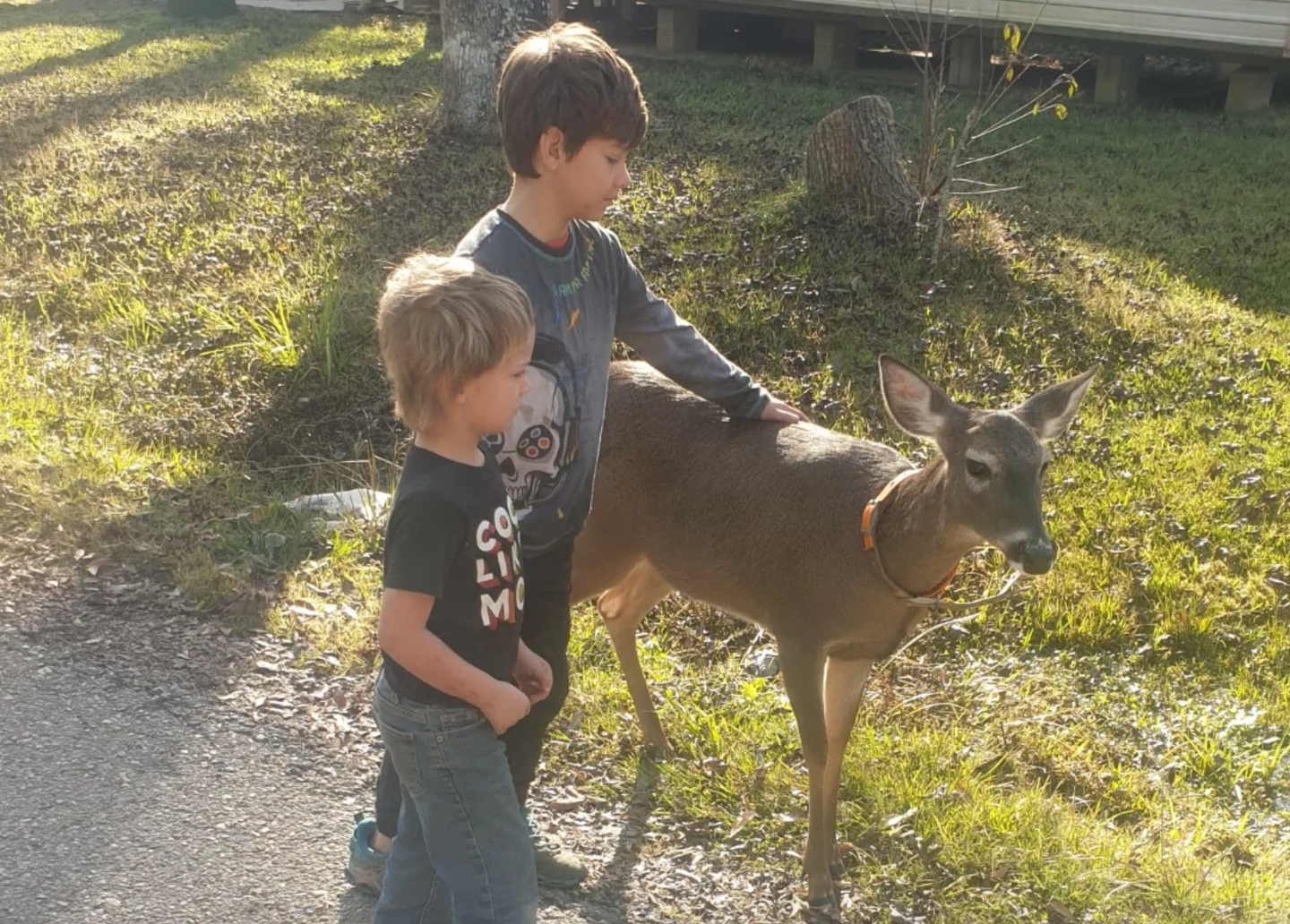 Drama struck Livingston Parish, Louisiana on Dec. 29 when a game warden watched a known heroin distributor and thief illegally shoot a whitetail doe. Chad Blythe of Satsuma, Louisiana emerged from his home and shot a whitetail, nicknamed “Butterbean,” with a .22 rimfire rifle in the middle of the neighborhood. He did so without realizing his neighbors, their children, and a Louisiana Wildlife and Fisheries officer were all watching him.

According to neighbor and witness Patt LeBlanc, a 35-year-old energy conservation specialist and father of two, the doe was considered a “neighborhood pet.” Residents regularly fed and played with her. She wore an orange collar around her neck and spent a lot of time in a playhouse in a neighbor’s backyard. An LDWF officer arrived that day to take her to a penned facility, but while waiting on a wildlife biologist to help with the capture, Blythe shot her in the middle of the street. The shot didn’t kill the deer, but an officer had to euthanize her shortly thereafter.

“The bullet hit my mom’s house,” LeBlanc tells Outdoor Life. “She lives directly across the street.”

LeBlanc’s kids were outside when the incident occurred. He’s a deer hunter and said the kids are used to being around dead deer, but this was different.

“The kids were pretty upset,” LeBlanc says. “They were like ‘Why did he shoot Butterbean? Butterbean was friendly!’ It got to them a little bit, but we explained that Butterbean is a deer and it is deer season, and not everybody knows Butterbean is tame. That was pretty much the only way we could put it to the kids.”

LeBlanc recalls the officer immediately jumping in his truck and moving it into the poacher’s driveway. He approached Blythe and issued three tickets. Blythe was cited for hunting without basic hunting and deer hunting licenses, hunting without a deer tag, and hunting across a public road. Hunting without the requisite licenses and tags could cost Blythe $350 for each charge. He could also face a $500 fine and 90 days in jail for hunting across a public road. Civil restitution for the replacement value of the lost deer could total up to $1,624. The Livingston Parish Sheriff’s Office has yet to file further charges.

LeBlanc thinks Blythe should face more punishment for the reckless act. LeBlanc says Blythe’s rimfire rifle was an illegal deer hunting weapon, according to state law. His behavior might also meet the standard for criminally negligent discharge of a firearm, seeing as how the stray bullet struck someone’s home.

This was not Blythe’s first run-in with the law. He pled no contest to the felony theft charges in January 2021 and was sentenced to five years in a detention facility. That sentence was suspended and he was given three years of probation instead, from which he was released in July of this year for good behavior, according to the Livingston Parish District Attorney’s Office. While it would stand to reason that his status as a felon would prevent him from legally owning a firearm, felony theft is one of a few exceptional charges that does not trigger such a restriction in the state of Louisiana.

Blythe is currently wanted in adjacent Ascension Parish for distribution of heroin after a large narcotics bust in February 2022, the Narcotics Unit of the Ascension Parish Sheriff’s Office confirmed with Outdoor Life.

Clarification: This story originally stated that Blythe was “presumably still on probation.” Blythe is no longer on probation due to good behavior.