The sentencing comes three months after a plea deal and multiple dropped charges. The Bowmars and their lawyer have since denounced the Lacey Act as unconstitutional 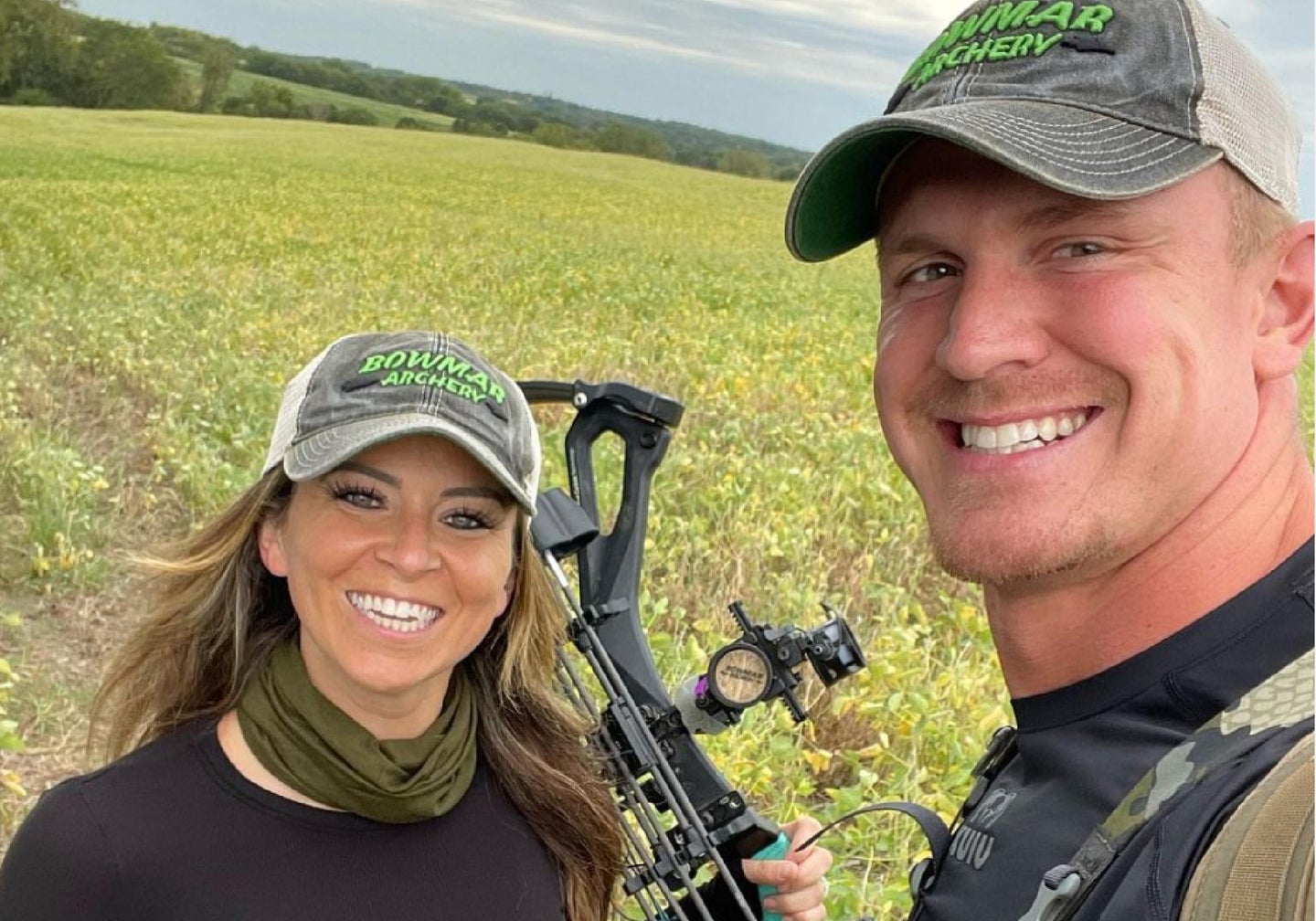 The largest poaching bust in Nebraska history has reached the end of the road. After 39 convictions and hundreds of thousands of dollars in fines, husband-and-wife celebrity bowhunting duo Josh and Sarah Bowmar received their final sentence on Jan. 12. This closes out the last prosecutions in a case that involved dozens of hunters, at least 97 illegally-taken game animals, and 100 more nongame birds.

U.S. Magistrate Judge Michael D. Nelson sentenced the Bowmars to three years of probation and 40 hours of community service each, according to the Lincoln Journal Star. He also ordered them to pay $75,000 in fines, a $44,000 money judgement, and $13,000 in restitution. They are restricted from hunting in Nebraska during their probationary period.

The Bowmars were involved in the Hidden Hills Outfitters bust. The two had hunted with the Nebraska-based outfitter multiple times between fall 2015 and fall 2017, and a criminal investigation into HHO found that the outfitter and its clients broke multiple laws during that period by hunting over bait, at night with lights, out of season, after hours, and from roads. HHO co-owner Jacob Hueftle was set for release from a minimum-security prison in Yankton, South Dakota, Tuesday after serving a 30-month sentence. Three other Hueftles—Jacob’s brother, father, and cousin—were sentenced to probation and fined, as well.

The Bowmars’ sentencing comes three months after they entered a plea agreement in the U.S. District Court of Nebraska. They pleaded guilty to misdemeanor conspiracy to violate the Lacey Act. In return, other charges including illegal transportation of wildlife, illegal baiting, and hunting without permits were dropped. Maximum sentencing for the misdemeanor conspiracy charge involves a year in prison and a $100,000 fine, but the Bowmars’ punishment fell far short of that.

In the background, the Bowmars and their lawyer, G. Preston Kline, have joined a rather disturbing effort to overturn the Lacey Act on the grounds that it violates the 10th Amendment of the U.S. Constitution.

What the Lacey Act Does

“This is a fight between ethical hunters, the Bowmars, and the federal government which is using the Lacey Act against them,” Kline told Deer and Deer Hunting. “The Lacey Act is an abusive piece of federal legislation that is used to excessively punish hunters for alleged minor infractions which are the equivalent of a speeding ticket under state law. The Lacey Act makes a traffic-like offense into a serious federal case. It is often abused by forcing honest, ethical hunters to plead guilty in order to avoid the risk of excessive fines and substantial jail time.”

The oldest federal wildlife law in the country protects wildlife, plants, and other natural resources from a variety of shady interstate dealings. In this instance, the Bowmars violated the Lacey Act when they transported illegally harvested wildlife across state lines. This transformed what would have been a state-level poaching case into a federal one.

The Lacey Act does the same thing for other illegal wildlife-related and hunting activities. Paying to hunt without necessary tags or permits, using someone else’s tag on an animal you shot, hunting with an unlicensed outfitter in a state that requires licenses, and flat-out poaching. Each of these becomes a federal crime as soon as the involved wildlife or wildlife products cross state lines or federal land boundaries.

The Bowmars’ penalty money will go toward the Lacey Act Reward Account, which was set up in 1981 to accept all fines, fees, forfeitures, and penalties from Lacey Act violations. The money can be used to pay rewards to people who provide information, and to cover care costs for any wildlife or plants being held as evidence during investigations.