A five-foot gator had been spotted in the Kalamazoo River, which flows through the nature center 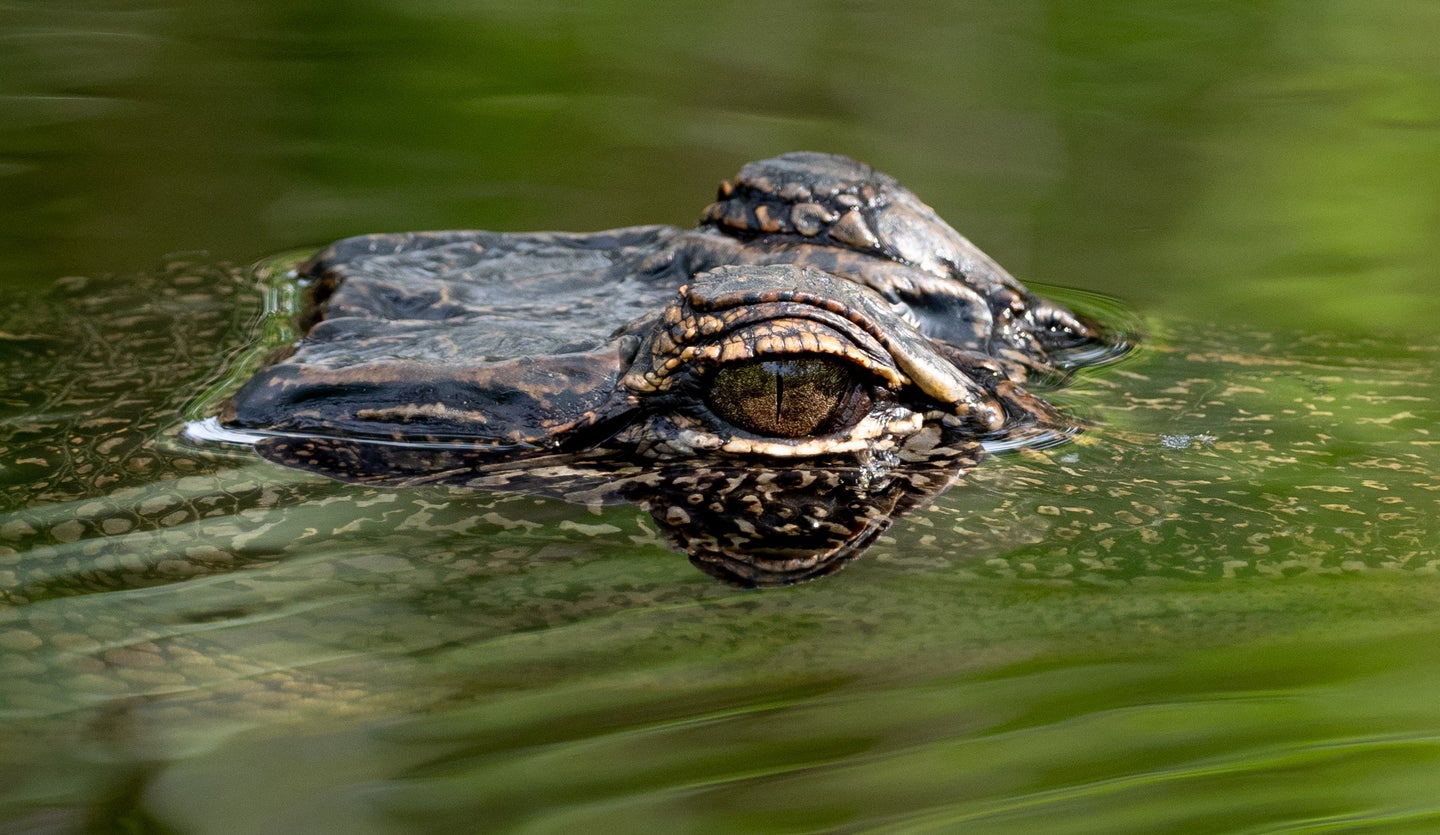 A small alligator is lurking in the Kalamazoo River. Getty Images
SHARE

Alligators are not a common site in Michigan, let alone on Albion College’s campus, but several “credible sightings” have spurred an alligator hunt. This weekend, the college closed its Whitehouse Nature Center after two separate reports of a four- to five-foot alligator in the Kalamazoo River, which flows through the nature center, according to MLive.

Wildlife officials and college staff are still on the look for the gator.

The college is currently working with the Michigan Department of Natural Resources and the Critchlow Alligator Sanctuary, which is located about 40 minutes from the college in Athens, Michigan. The nature center remains closed and the college has released a statement, urging visitors to remain vigilant around large bodies of water, particularly around the Kalamazoo River, which runs 130 miles before emptying into Lake Michigan.

The initial sighting occurred on July 9, prompting officials to close the nature center to visitors.

Cathy Cole, spokesperson for Albion College, told MLive that officials had not yet confirmed a location of the alligator as of Tuesday. The local MDNR office has also not released an update regarding the search for the alligator. Under Michigan law, there is no specific reference to managing alligators (of course). However, there is a large carnivore act that requires law enforcement officers to assume the role of an animal control officer.

While the nature center was expected to reopen on Tuesday, it posted a message on Facebook that stated that the trail would remain closed until further notice, citing unsuitable weather conditions along with the alligator sighting.

Alligators in the North

As you can see in the USGS map above, alligators have a native range that extends north to Arkansas and North Carolina. However, there have been many gator sightings over the years far beyond this range. These northern gator sightings are typically caused by alligator pet owners (often illegal pet owners) who release their gator into the wild or allow it to escape. Alligators that are released or escape in northern states do not survive for long (obviously).

This very scenario happened last month when Kentucky wildlife officials confiscated a pet alligator that had escaped into a nearby creek.