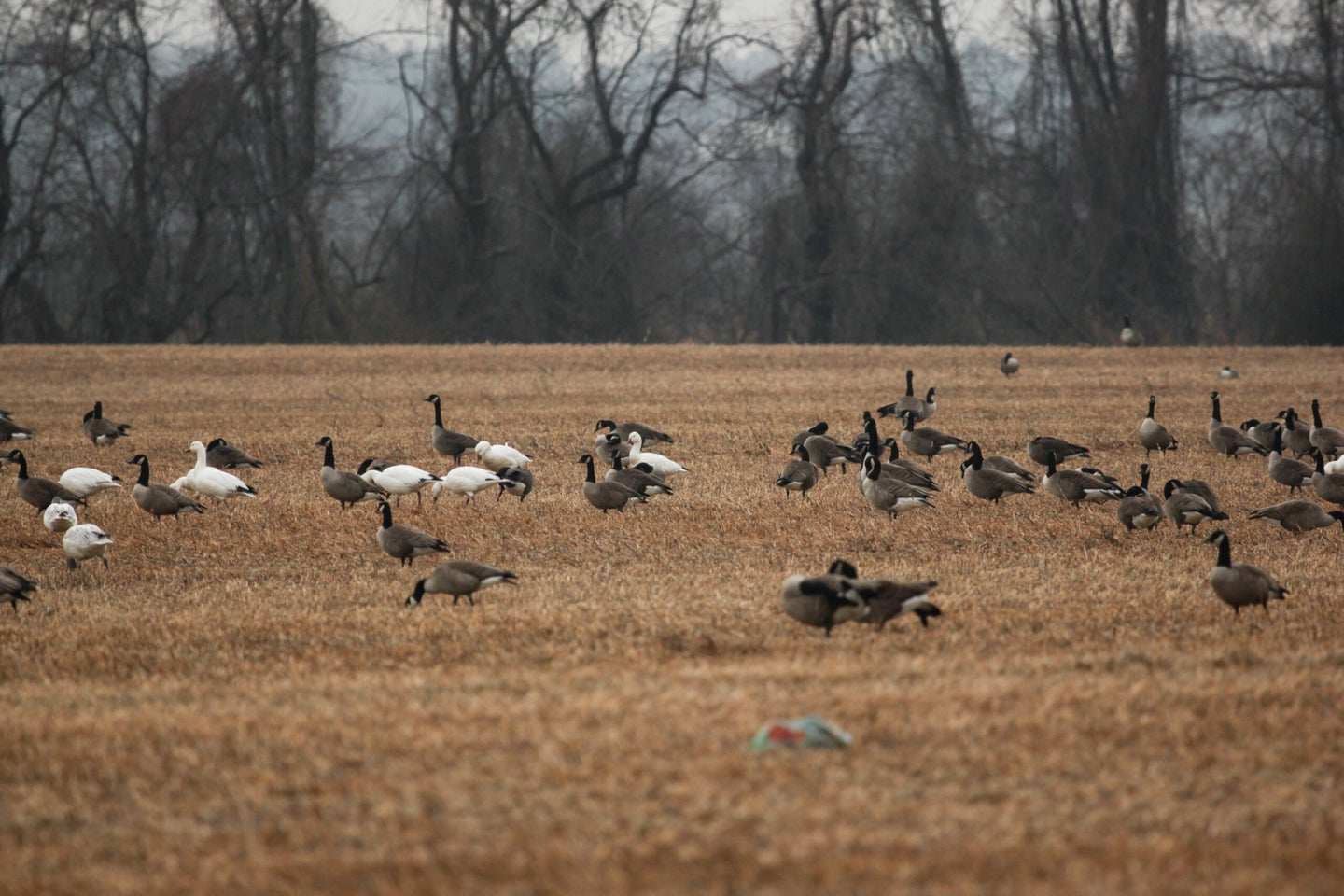 Farmers hate crop-gobbling geese so badly they’re willing to just about anything within reason to keep them out of agriculture fields. Geese, particularly snows, can destroy an agricultural field in just a few days, maybe less depending on the size of the field. But a Pennsylvania farmer and his employee went too far in June 2020, according to a story published in the Pittsburg Post-Gazette.

A farmer, Robert Yost, allegedly ordered his employee Jacob Reese to spray feed corn with a restricted-use pesticide called carbofuran. The insecticide has not been permitted for use on food crops for a decade—the EPA made a final ruling in 2009—and can be deadly to humans who ingest or come into contact with higher amounts of it. Because of their small size, children are especially at risk if exposed.

Read Next: What Every Hunter Needs to Know About the Lacey Act

Reese reportedly spread the carbofuran-laced corn in a soybean field in Beaver County, and 28 migratory birds died as a result of eating it. The poisoned birds that were documented include 17 Canada geese, 10 red-winged black birds, and one mallard. Both men were charged with conspiracy, violating the Federal Insecticide, Fungicide, and Rodenticide Acts, and violating the Migratory Bird Treaty Act.

According to investigators, the men attempted to conceal the crime by destroying the feed bag of toxic corn. If convicted, each man faces up to 13 months in jail and a $31,000 fine.

Read Next: The Time I Hunted with a Waterfowl Poacher (and Didn’t Know It)

Several agencies, the EPA, U.S. Fish and Wildlife Service, Pennsylvania Game Commission, and Pennsylvania Department of Agriculture, worked together during the investigation that led to the arrests.

Farmers who need to keep geese out of their fields have plenty of options at their disposal. Allowing hunters to shoot the birds will drive them away for at least a few days, more if you continue to allow the hunters to access the field. Some farmers will scarecrow their fields as well, but geese can get conditioned to those stagnant figures standing in the corn. Keeping dogs on your farm is an option as well. Allow the pups in the field geese are targeting and it will keep them at bay.