The local sporting community has strong feelings about the proposed sale, which could be summarized as follows: “Don’t piss on our boots, and tell us it’s raining.” 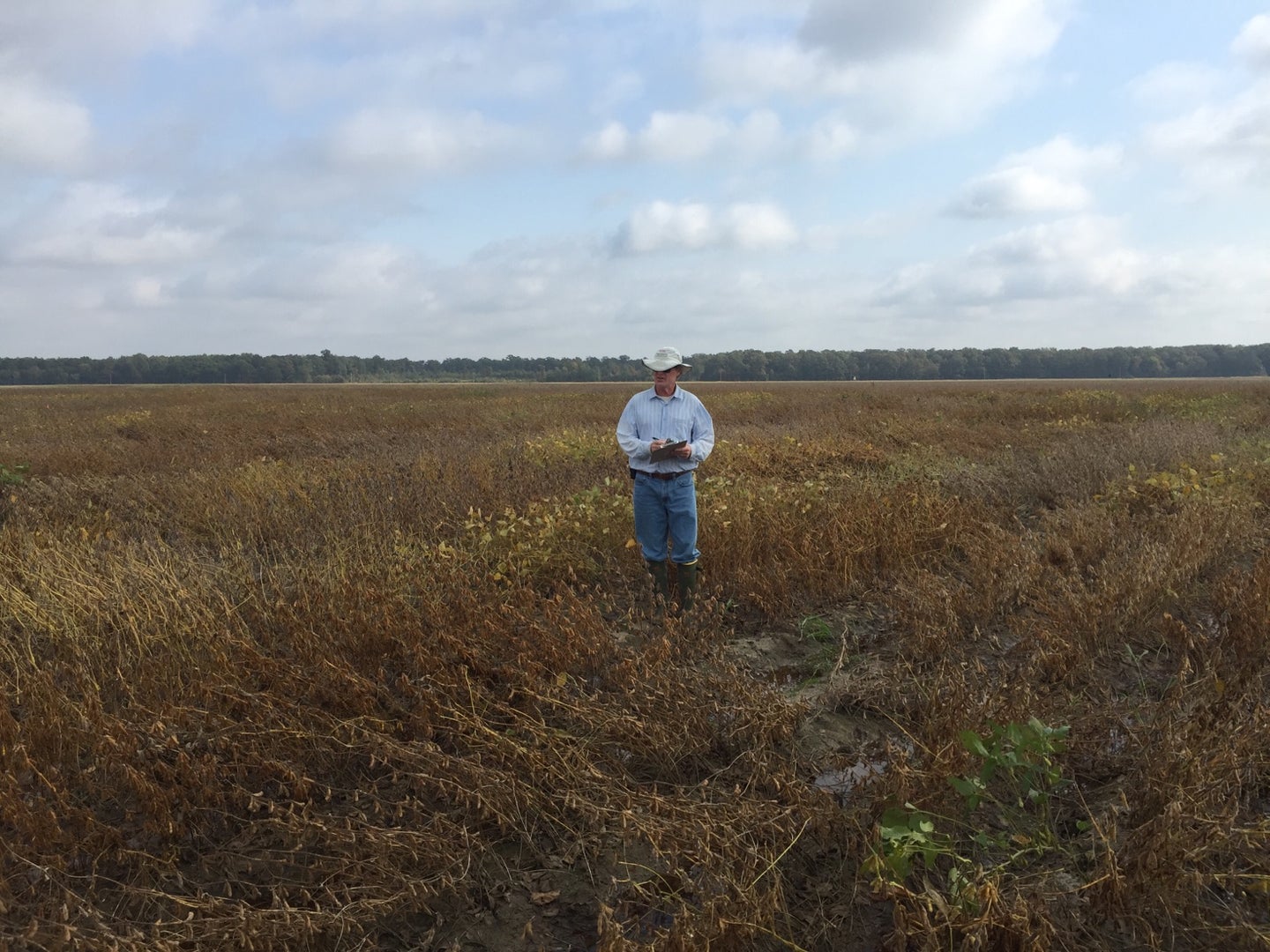 The current battle over the University of Arkansas’ attempt to sell the Pine Tree Research Station sounds all too familiar: A public institution that’s short on cash but has a valuable asset. Wealthy buyers with an eye toward turning a profit. Devoted locals who stand to lose yet another piece of their community. Whispers of corruption. And a ragtag band fighting for the common folk.

The challenge of maintaining hunting and fishing access on smaller parcels of locally controlled property is a familiar one. When money gets tight, development seems like the only way to make ends meet. And that’s the fate currently facing Pine Tree, a patch of 11,850 publicly accessible acres in northeast Arkansas.

A century ago, the Pine Tree Research Station wasn’t public. The modern property became public by way of the Bankhead-Jones Farm Tenant Act of 1937, a Depression-era law designed to reduce marginal farmland. Struggling and starving farmers were paid for their property and relocated to more productive farms. The rehabilitation of that farmland provided badly needed jobs and eventually returned the land to the public.

More than 11 million acres of degraded farmland were purchased via conservation programs like the Bankhead-Jones Act. These Land Utilization Projects, as they came to be called, stretched from Maine to California. Some turned into National Grasslands, now administered by the U.S. Forest Service. Other, smaller parcels were eventually sold or transferred to the cooperative extensions of land-grant universities. Agricultural research, conservation, and recreation were all considered suitable uses for the properties.

This is how the University of Arkansas’ Division of Agriculture purchased the 11,500 acres that would become the Pine Tree Research Station from the U.S. Forest Service in 1960. The university paid $560,000 for the chunk of land, using a portion of grazing rights and row crop revenues to make each year’s payment. Using the Division’s own index to estimate the historical farmland value in 1960, the University was able to purchase Pine Tree at about a 50 percent discount to the typical price per acre in the state at the time.

Many of the Bankhead Jones properties have a reversion clause in their deed. This clause on the Pine Tree deed plainly states that “the land shall be used for public purposes, and if at any time said land ceases to be so used, the estate conveyed shall immediately revert to and become revested to the grantor.” In other words, if the land ceases to be used for the public, USFS takes it back. This ensures that properties purchased with federal tax dollars for the public’s benefit continue to be used that way, and it takes a literal act of Congress to amend the Bankhead Jones Act and allow a specific property like Pine Tree to be sold—which does happen, albeit not that often.

While literal ownership of Pine Tree currently rests with the university’s Division of Agriculture, it has never left the figurative ownership of the public. Locals who stayed in the area through the Depression removed fences and other structures, dug new stock ponds, and planted grasses and trees. By 1940, wild game was returning to the land, and by the late 1940s, the Arkansas Game and Fish Commission had leased some of the property as a game refuge. A hunting club helped reintroduce whitetail deer, and even planted food plots. Until recently, the AGFC issued 900 permits for three managed deer hunts each fall. Pine Tree is also open to small game and waterfowl hunting, and several ponds and lakes across the property provide access for catfish and bream fishing. Depending on the season, you may encounter young hunters learning to hunt squirrels or rabbits, and retirees out reliving their youth.

In late July 2020, local hunter Michael Burns called the AGFC to find out what was going on with the managed deer hunt permit process. For years, Burns had drawn a permit for one of three managed hunts at Pine Tree, which typically drew around 1,500 applicants for 900 permits. But last summer, he had not drawn a permit, nor had many other hunters. He wanted to know what was going on with a draw that normally has good odds. When he phoned the agency, he was told the number of permits had been cut to 225.

“I was giving the lady on the phone a pretty hard time, asking her why they had cut the number of permits without telling anybody,” Burns told me. “But she really caught me off guard when she told me it didn’t matter how many permits there were, because the University was going to sell the property anyway. I’m not often speechless, but at that moment, I sure was.”

He had inadvertently stumbled onto a multi-million dollar land deal that was within just a few weeks of closing, and immediately launched a social media campaign to raise public awareness. By all appearances, citizens of St. Francis County were going to wake up one morning and discover the land they had considered “theirs” was now closed to them.

After Burns’ efforts attracted media and grassroots attention, it came to light that the University of Arkansas had quietly listed Pine Tree for sale during the fall of 2019. The university has used the property for various research and demonstration projects over the years, but due to tightening budgets, the Board of Trustees encouraged the Division of Agriculture to look for ways to offload properties that weren’t being fully utilized. And, after failing to secure the matching funds needed to finance their new Northeast Rice Research Center, the university put Pine Tree Research Station on the chopping block.

Just a few weeks after the property was listed for sale, a buyer materialized and negotiations commenced. Lobo Farms LLC agreed to pay $17.64 million for 6,300 acres—or more than half—of Pine Tree. The university plans to keep the rest for research. In March 2020, the university’s Board of Trustees agreed to the sale.

The circumstances surrounding the sale are confusing at best, and seemingly corrupt at worst. Since drawing media attention, the sale closing has been pushed back several times. The Request for Proposal seeking a listing agent seemed rigged to favor one agent in particular, and the sale process has drawn scrutiny from the FBI.

Meetings concerning the sale were held virtually by the university’s Board of Trustees in March 2020, at the beginning of the COVID pandemic and with little public notice or involvement. The sale contract includes acknowledgement of the need for Congressional approval to remove the deed restriction and close the sale. The university says it offered the sale of Pine Tree to AGFC, which was unable to develop an acceptable proposal within the university-imposed time constraints. Senator John Boozman and congressman Rick Crawford of Arkansas, both Republicans, oppose the sale.

According to public records and media reports, the front man for Lobo Farms is Mark “Field” Norris, Jr., a financial advisor in the Memphis field office of Raymond James. He is the son of federal judge Mark Norris, Sr. While the buyer maintains the sale “can and will be a true win-win for everyone concerned with the property,” neither the buyer nor the university has shared concrete details of these “win-win” plans with the public. Nor have they publicly acknowledged the concerns of residents who have used Pine Tree for generations.

The local sporting community has strong feelings about the proposed plans, which could be summarized as follows: “Don’t piss on our boots, and tell us it’s raining.”

Arkansas has more than 3 million acres of public land, but the eastern half of the state has relatively little. What’s there—including famous waterfowl hunting areas of the eastern Delta region like Bayou Meto or Cache River National Wildlife Refuge—can be extremely crowded and often intimidating.

In a part of the state where access to private hunting ground is disappearing behind expensive leases and permission is often a thing of the past, public spaces are the last remaining access points for people of average means. Sandwiched between Little Rock and Memphis, St. Francis County is one of the poorest parts of the state; the median household income there is about $35,000 per year. Nearly 32 percent of the county’s residents live in poverty, and more than 60 percent of the county’s residents are minorities. Recreational users of Pine Tree come from every background.

So, why should you care about what happens to some public land on a lonely stretch of road in Arkansas? Because the issues that have converged to create this mess are common and recurring in every corner of the country. When state and local agencies no longer place a high enough value on the access their properties afford to working-class hunters and anglers, those agencies turn to a solution which is familiar to them: fundraising from wealthy donors. Those folks do not face the access issues that everyday outdoorsmen and women face. Money opens doors for them.

Every corner of the nation has a Pine Tree—a piece of seemingly forgotten public land that is invaluable to the people who use it. It might be an “asset” to somebody else, whose profit potential needs to be maximized. As many private landowners continue to restrict access, either by denying it entirely or by monetizing their properties with lucrative hunting leases, hunters without land or means must turn to whatever public access they can find in their area—or quit hunting all together.

You need to know about Pine Tree and help fight for it, for two reasons. First, you may be in the same position someday. The lessons learned here could prove valuable toward saving your own little piece of public land. And second, when they come for your Pine Tree, you’ll want your fellow hunters and anglers to help you fight.

You can find the petition to keep the Pine Tree Research Station public here. James Brandenburg lives in Arkansas and is the Chair of the Arkansas Chapter of Backcountry Hunters and Anglers, which helped bring the proposed sale of Pine Tree to the attention of the public. You can follow Brandenburg on Instagram @skillet283.