Open Country: A Challenge to Public Trails in the Crazy Mountains

The Crazy Mountains are not just any range – they are a stunning block of jagged public lands northeast of... 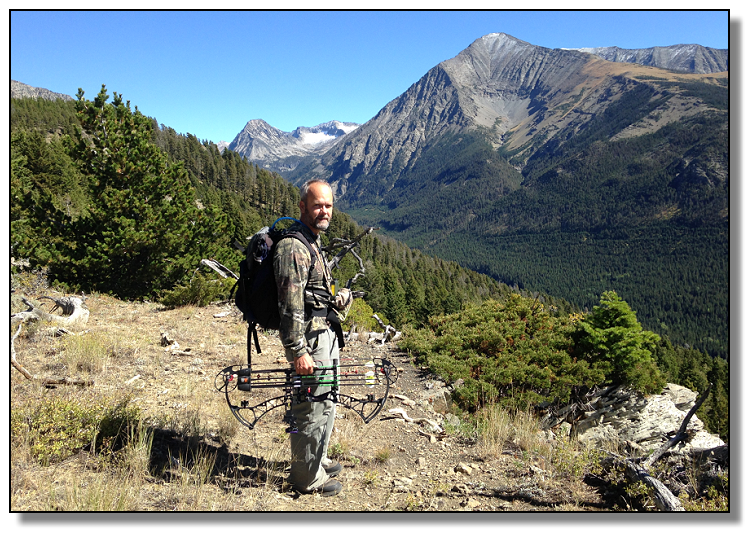 The Crazy Mountains are not just any range – they are a stunning block of jagged public lands northeast of Bozeman, Mont., habitat for bear, elk, mule deer, and mountain goats. They are a mix of private land and the Gallatin National Forest.

Rob Gregoire is not just any hunter. The Montana native was willing to risk a ticket from the local sheriff to stand up for public access into his elk hunting grounds, the Crazies.

For a century, a public trail led across ranch land into the Crazy Mountains, leading to sections that are part of the Gallatin National Forest. Recently, a new owner bought the ranch and declared the trail closed. It’s a growing issue as traditional Western ranches are cut into smaller ranchettes, or purchased for “amenity values.”

Property owners cannot legally stop people from using historically public trails that have “presumptive easements.” The private landowners on the outskirts of the Crazy Mountains, Lee and Barbara Langhaus, have challenged public use of the trail that crossed their land. The Forest Service points out the trail in question has been open to the public for 100 years and officials there believe both the agency and the public has right to use it. Forest Service maps show the trails he used on maps dating back at least to 1925.

It’s kind of like the sidewalk in front of your new house: you may own the property, but you can’t legally block people from the sidewalk. Across the country, access to public land and waters are being lost simply because private owners block an easement, and no one notices or presses the point. Important note: Gregoire didn’t hunt on private land; he merely crossed it on an established route to hunt public land. Now he is challenging $580 penalty in court.

The ball is in the court of the local district attorney, who will decide whether or not to prosecute. You can learn more and even drop a coin in Gregoire’s legal defense fund here.

The politicians and special interests who are trying to “transfer” public ownership of federal lands to states are pressing their agenda both in Congress and in state houses around the country. But they got a slap back in the Wyoming Legislature.

Earlier this month, the Wyoming Legislature was considering a Constitutional Amendment outlining how it would manage land it theoretically would take over from Congress. Sportsmen decried this as greasing the skids to to transfer public lands away from the American people and to other hands. For example, the Constitutional Amendment would have allowed the state to trade valuable wildlife habitat for oil fields or commercial property, as long as they be of equal value.

Sportsmen across Wyoming kicked up like a pack mare under a wasp nest. The Wyoming Sportsmen’s Alliance joined forces with conservationists, Native American tribes, and others protesting the bill. Realizing the measure lacked the votes to pass, Senate President Eli Bebout said he would allow the bill to die. Casper sportsman Jeff Muratore said sportsmen across the state saw the measure as an attack on access.

“We are constantly battling the state lands office when it comes to land transfers. We have to watch every thing they do. Everything comes down to a revenue-based decision, and that can be really bad for sportsmen,” Muratore said.

But stay tuned. Legislative bills have more lives than horror-show zombies. This idea may claw out of its grave next session – or reappear in another state.

The Theodore Roosevelt Conservation Partnership had some warm words to say about Sonny Perdue, President Trump’s pick to be Secretary of Agriculture. Perdue is a former governor of Georgia and is said to be an avid quail hunter.

“We’re happy to see that a true sportsman is a candidate for this position, especially one who worked to create a culture of conservation during his tenure as governor,” says Whit Fosburgh, president and CEO of the Theodore Roosevelt Conservation Partnership. “It’s clear to us that, where private lands dominate the landscape, local hunters and anglers track and care deeply about ag policy and its impacts on fish, wildlife, and water quality. They can feel optimistic that Perdue is up to the task of serving rural communities and our natural resources well.”

Since agriculture and fish and wildlife habitats are closely tied, the Secretary of Agriculture is a key position for hunters and anglers to watch. The agency administers programs such as the Conservation Reserve Program that incentivize farmers to maintain habitats for upland birds, whitetail deer, and waterfowl, as well as conserve soil and surface water across the American Heartland.

The Department of Agriculture also oversees millions of acres of public land open for hunting and fishing, in the form of America’s national forests. Of the 640 million acres of public domain in the United States, about 150 million of that is national forest, under USDA. The remaining land – roughly 500 million acres – falls under the purview of the Department of Interior and includes national parks, wildlife refuges, and lands managed by the Bureau of Land Management.

Purdue is no doubt familiar with the 850,000-acre Chattahoochee-Oconee National Forest in Georgia, even though the bulk of America’s National Forests are in the West and Alaska.