Think Poachers Get Off Easy? Oregon Just Hired Its First Anti-Poaching Special Prosecutor to Crack Down on Convictions

The newly created position is part of the state’s three-pronged approach to increasing the detection, enforcement, and prosecution of wildlife crimes 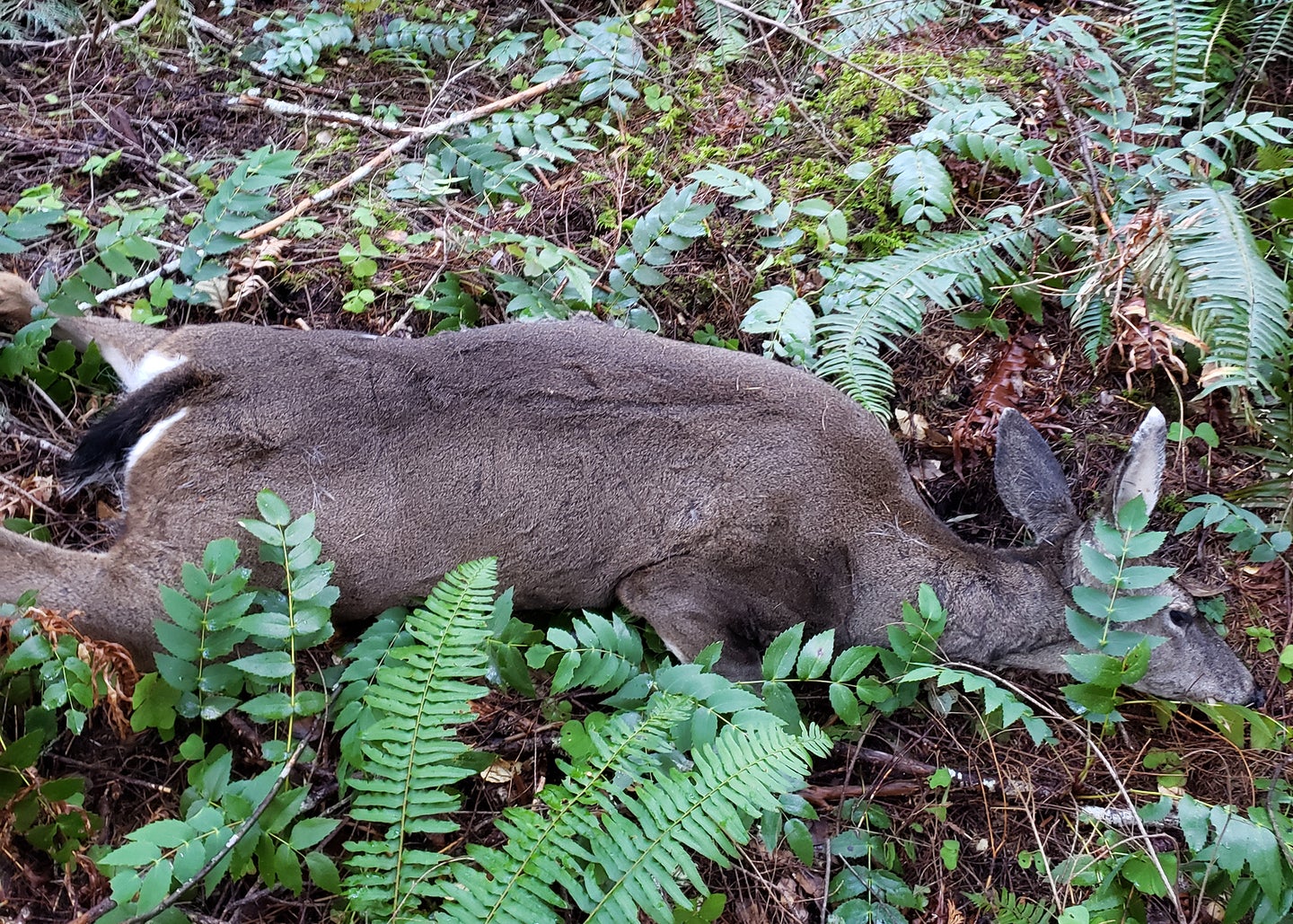 A doe that was poached near Fall Creek in Lane County in 2020 was left to waste. ODFW
SHARE

In a continued effort to crack down on wildlife crimes, Oregon just hired its first anti-poaching special prosecutor. Jay D. Hall was brought on last month as the new Assistant Attorney General with the Oregon Department of Justice, and he will concentrate his efforts on helping the state locate, investigate, and prosecute poachers, according to a recent press release from ODFW.

Hall comes into the newly created position from Lane County, where he spent the last 12 years working as a prosecutor in the district attorney’s office and earning a reputation as an expert in the state’s racketeering laws. In 2010, the Oregon State Police awarded Hall with its Prosecutor of the Year Award after he used Racketeering Influenced and Corrupt Organizations (commonly known as RICO) statutes to bring down an organized poaching ring responsible for illegally killing 300 elk and deer.

Hall now brings this military, law enforcement, and legal experience to the state DOJ in Salem. Working closely with the OSP Wildlife Division and the Oregon Department of Fish and Wildlife, he will help these agencies build stronger court cases by advising them in evidence collection, case processing, and penalty options.

ODFW’s anti-poaching coordinator Yvonne Shaw says Hall’s hiring “has been a long time coming.” She explains that in 2019, state legislators approved an updated anti-poaching strategy that would take a three-pronged approach to clamping down on poachers.

Shaw’s own job is related to the first prong, detection, as she works to educate the public on how to recognize and report poaching. As for the second prong, enforcement, OSP brought on four additional fish and wildlife troopers and another sergeant in 2019, bringing the game agency’s total law enforcement in the field to 128 officers.

“The third prong was to increase prosecution of wildlife crimes, and that meant hiring a special prosecutor,” Yvonne says. She explains that because COVID put the hiring process on hold, the state was unable to bring Hall onboard until last month. And after wrapping up a few cases from his previous role in Lane County, she says “he’s ready to hit the ground running.”

In addition to working directly with law enforcement, Hall will assist district attorney’s offices in all 36 counties as they work to prosecute wildlife crimes. This is a major benefit, Shaw says, because he will be able to assist with all the nuances associated with trying fish and wildlife cases.

Representative Ken Helm, who serves as co-chair of the state legislature’s wildlife caucus, expressed his support for Hall in a recent statement, calling the state’s anti-poaching strategy “a bipartisan effort that is important to all Oregonians.”

“Now that all three components of the legislative strategy are in place,” Helm added, “our ability to tackle poaching cases across the state is greatly enhanced.”