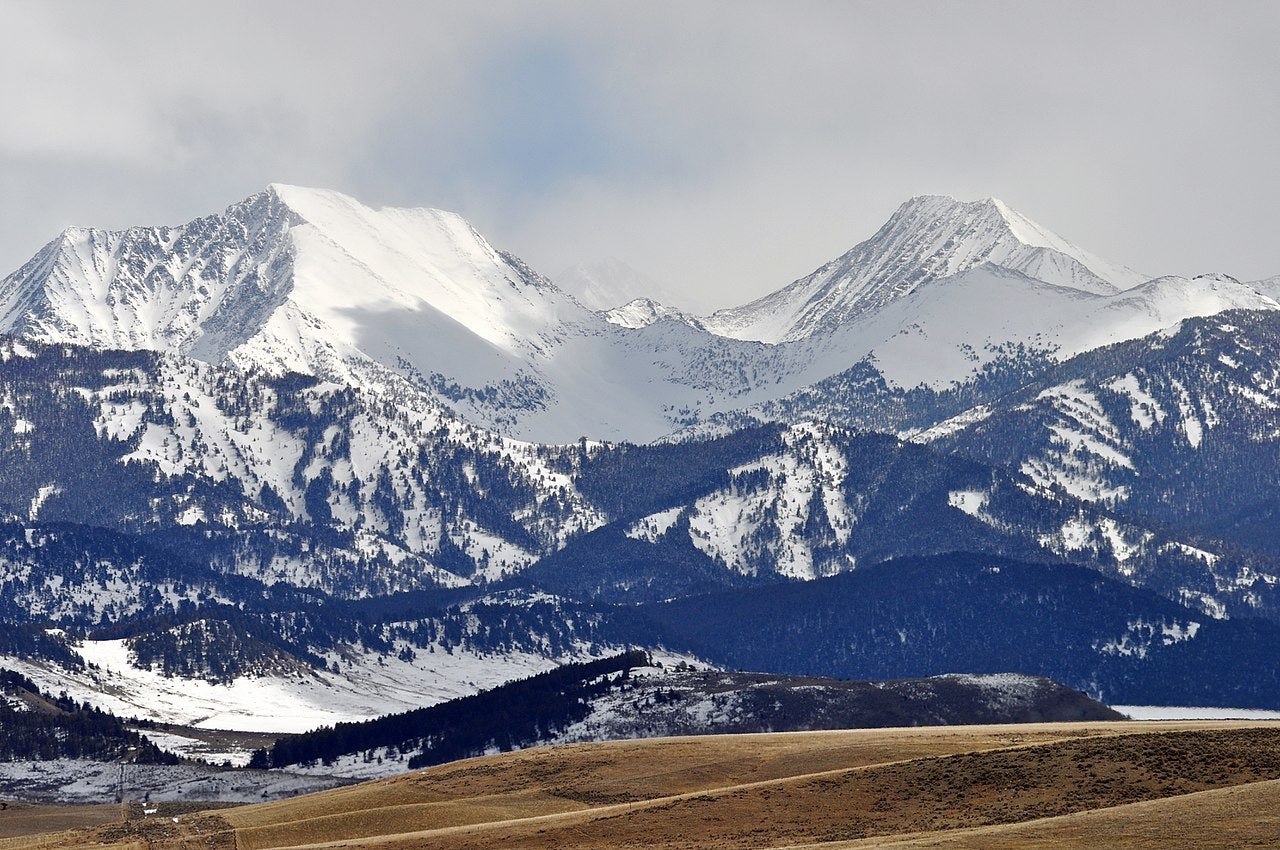 The U.S. District Court in Billings, Montana, convened yesterday to hear arguments in a lawsuit regarding public access to established hiking trails in Montana’s Crazy Mountains. The lawsuit—which was filed against the U.S. Forest Service by Friends of the Crazy Mountains, the Montana Chapter of Backcountry Hunters and Anglers, Enhancing Montana’s Wildlife and Habitat, and the Skyline Sportsmen’s Association in June 2019—contends that the Forest Service is abdicating its duty to uphold and defend public access to established trails in the Crazy Mountains.

On its surface, the lawsuit deals with four trails in the Custer Gallatin National Forest that wind through public and privately-owned lands in the Crazies. The Lowline Porcupine (No. 267), Elk Creek (No. 195), Sweetgrass (No. 122), and East Trunk (No. 136) Trails have long been points of contention as private landowners have continued to block the public’s access to these trails by putting up obstructions, locking gates, and removing signs.

The coalition of plaintiffs contends that these established trails have been used by the public for nearly a century, and that up until about five years ago, the USFS had staunchly defended the public’s ability to access these trails. The coalition maintains that since then, the Forest Service has been unwilling to uphold and defend this public access—and has instead chosen to work directly with private landowners to reach a compromise. This heated controversy between public access advocates and the federal agency finally boiled over into a lawsuit when advocates learned that the USFS decided to re-route the Lowline Porcupine Trail without involving the public in its decision. (That re-route, which shifted the trail over to the east and onto federally owned land was completed last summer, and the trail was renamed the Porcupine Ibex Trail.)

The lawsuit that was heard in court on Tuesday claims the Forest Service ignored its own federal laws and procedures when it re-routed this trail. The suit also challenges the agency’s management of the two trails that are located on the east side of the Crazies. Outdoor Life reached out to the USFS for comment, but Maria Leuschen-Lonergan, public affairs coordinator for the Custer Gallatin National Forest, says the agency is unable to comment on ongoing litigation.

A map showing land ownership in the Crazy Mountains looks a lot like a checkerboard, with public (green) and privately-owned (white) tracts interspersed throughout the range. These “checkerboard” landscapes were created during the 1860s, when the U.S. government gave alternating square-mile tracts to railroad companies, which in turn began selling squares to individuals in the 1890s.

Checkerboard lands are common throughout vast chunks of public land in the West. And since private landowners, public lands users, and the federal government don’t always agree on how these lands should be managed, these areas have continued to exasperate federal land managers while at the same time stoking tensions between landowners and public lands users. (Unsurprisingly, these tensions have sparked an ongoing litany of lawsuits, including a corner crossing lawsuit that was filed last December in Wyoming.)

One solution to the problems created by these complex landscapes lies in the form of easements. These can work both ways, as some easements give the public a right to cross private land, while others, for example, allow private landowners to build roads on public land. Some of these easements giving the public a right to cross private land are “recorded”, which means the access granted to the public by private landowners is documented. But the USFS also allows for “prescriptive” easements, which, according to the Legal Information Institute, are “acquired through open and notorious use of an owner’s land which is adverse to the owner’s rights, for a continuous and uninterrupted period of years.”

This gets right to the heart of the arguments that were heard in court on Tuesday, as the coalition of plaintiffs maintained that the Forest Service had historically recognized the prescriptive easements on the Lowline Porcupine Trail, the Elk Creek Trail, the Sweetgrass Trail, and the East Trunk Trail…until, suddenly, it didn’t.

This abrupt about-face was recognized by groups like Friends of the Crazy Mountains and Backcountry Hunters and Anglers. John Sullivan III, the board chair of the Montana chapter of Backcountry Hunters and Anglers, says this shift in the agency’s attitude toward public access really crystallized when Yellowstone District Ranger Alex Sienkiewicz was removed from his post in 2017. Sullivan and the rest of the coalition point to a memo that Sienkiewicz sent out to seasonal employees that summer, which gave them basic instructions of how to maintain the public’s right to use these trails.

“The result [of this memo] was that it ruffled the feathers of some very powerful landowners,” Sullivan explains. “They recruited the help of all these politicians, and before you knew it, the practice of the USFS protecting public access stopped.”

Sienkiewicz was reinstated months later due to public outcry, but Sullivan says this was a pivotal moment for BHA and other like-minded organizations. He says that over the next two years they tried to discuss the issues with the federal agency and attempt to remedy the situation, but the organization was never invited to the negotiating table.

“So once we learned that the Forest Service was sitting down at the table with these landowners to negotiate without allowing open meetings,” Sullivan says, “we felt there was no other choice but to file suit.”

What Happened on Tuesday

U.S. Magistrate Judge Timothy J. Cavan presided over the hearing that took place in Billings on Jan. 18. Cavan did not issue a ruling, but the judge vigorously questioned Assistant U.S. Attorney Mark Smith, representing the Forest Service, as well as the plaintiff’s attorney Matthew Bishop. These questions mostly revolved around prescriptive easements, and they brought forth some revealing answers.

Notably, Smith admitted that when the USFS included the four trails in its 2006 Travel Management Plan, it acknowledged the validity of these prescriptive easements. But he also maintained that the public’s claims to these easements had been degraded by the time the USFS decided to re-route the Lowline Porcupine Trail in 2018.

Andrew Posewitz, who attended Tuesday’s court hearing as a concerned citizen, says this admission was “perhaps the most stunning moment of the hearing.”

“Between [2006] and now,” Posewitz says, “the USFS is trying to assert that the easements have been abandoned because the public failed to use them. Keep in mind that this is the same USFS that suspended a Ranger for actually trying to enforce these specific prescriptive easements on behalf of the public.”

For Posewitz and the larger community of public access advocates, this self-serving argument could set a dangerous precedent for the public’s ability (or inability) to access to public lands throughout the West—many of which are comprised of the same checkerboard landscapes as the Crazy Mountains.

“As a matter of public policy, this approach should send shivers across the West,” Posewitz says. “It has become USFS practice to reward landowners for illegally blocking the trails by suspending USFS employees trying to protect the public’s rights, and then declaring the public’s interest extinguished.”

Posewitz and Sullivan say that this practice—and the precedent it could set if allowed to continue—is precisely what the coalition is trying to reverse by moving forward with its lawsuit. And although it will likely be some time until a decision is reached in the District Court, Sullivan says he remains optimistic for the future of their case.

“I think Judge Cavan did a fantastic job,” Sullivan said after Tuesday’s trial had ended. “The fact that he asked lots of questions of our attorneys and very little of the defense counsel tells me that he was looking to bolster and understand our case. And to me, that’s a good sign.”