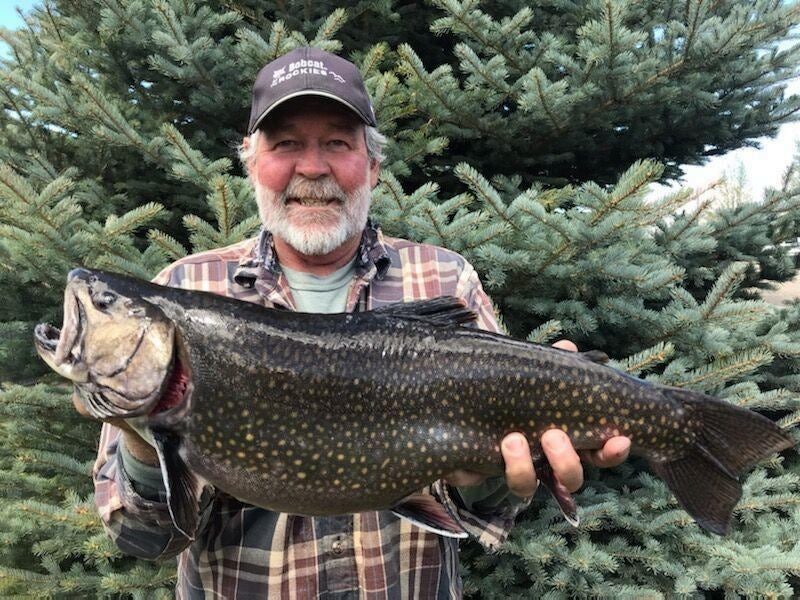 Angler Tim Daniel, of Granby, was fishing Monarch Lake in Grand County, Colorado, on May 23 when he hooked a fish that he knew was a good one. It turned out to be the biggest recorded brook trout caught in the state in the last 75 years.

“When I headed out to fish that day with my friend Karen and four-legged friend Moose, I had no intention of breaking a record,” Daniel told the Colorado Parks Wildlife department. “I wasn’t sure what I had hooked, but I knew it was big. I’ve fished waters in Northwest Colorado for many years, and I have landed some big fish. Thanks to the hard work and dedication of state aquatic biologists, Northwest Colorado has some of the best fisheries in the state.”

According to CPW, Daniel’s brook trout officially weighed 7.84 pounds. It measured 23 1/4-inches long with a 15 3/8-inch girth. The department recently accepted Daniel’s brookie as the new state record and made the announcement last Friday.

Daniel’s trout beat out the previous Colorado brook trout record, which was pulled from Summit County’s Upper Cataract Lake. Angler Geoge Knorr caught that 7.63-pound brookie back in 1947, making it the longest standing fish record in the state’s record books.

Read Next: The Biggest Trout of All Time

Which means it could be a while until another Colorado angler catches a brook trout big enough to top Daniel’s new record. According to state officials, however, Monarch Lake would be a good place to keep looking.

“We always suspected that Monarch Lake had the potential to produce a state-record brook trout,” said CPW Aquatic Biologist Jon Ewert. “This is a real testament to the quality of our angling opportunities in Grand County.

“It couldn’t have happened to a more deserving angler than Tim. He’s just one of those guys that is always out there on the water, and as a result, has an intimate knowledge of the subtle details necessary to be so successful.”