This Public-Land Mining Law Hasn’t Changed Since 1872. A New Bill Would Impose Royalties for Hardrock Mining on Federal Land 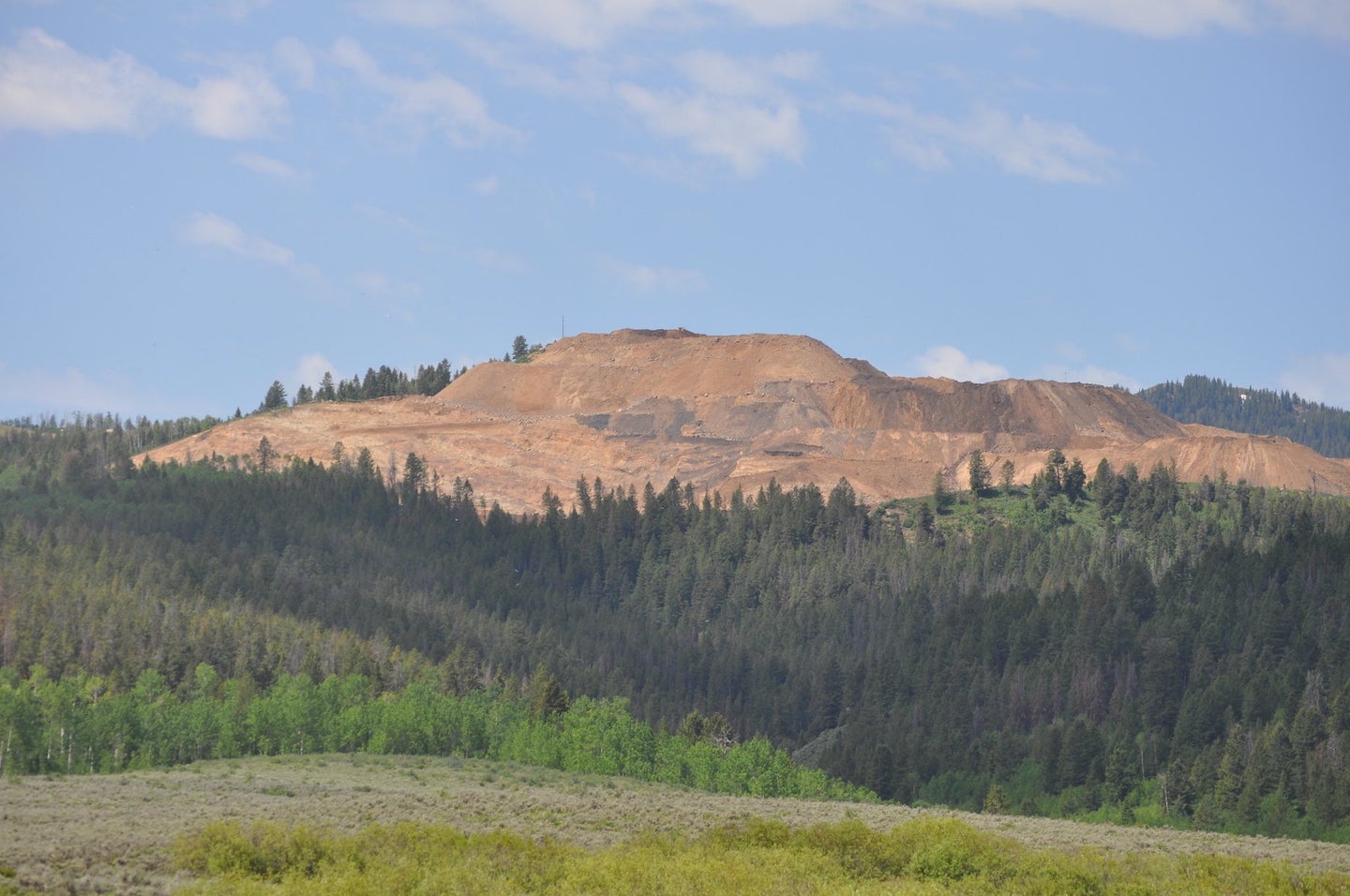 Hardrock mines are speckled throughout public land across the country. USFS
SHARE

This month, both U.S. Senator Martin Heinrich (D-N.M.) and U.S. Representative Raul Grijalva (D-Ariz.) introduced bills to help protect vital public land and the wildlife on that land. The bills focus on regulations around hardrock mineral extraction on public lands in the United States, which have not changed for 150 years.

The standing regulations took effect when President Ulysses S. Grant signed the General Mining Act of 1872 into law. That law allowed mining companies to extract more than $300 billion worth of gold, silver, copper, and other valuable minerals from U.S. public lands without paying any federal royalties. The mining companies also didn’t have to pay to clean up abandoned mines, a bill that taxpayers have been footing for decades.

Both Heinrich and Grijalva titled their bills the Clean Energy Minerals Reform Act. In the fact sheet for Grijalva’s Clean Energy Minerals Reform Act, six areas of focus were outlined: modernizing the mining plan, making the industry clean up their abandoned mine lands, setting clear environmental and reclamation standards, ensuring a fair return for taxpayers, requiring meaningful tribal consultation, and protecting unique places, such as National Parks and Preserves.

While both bills are very similar, there are some key differences. Heinrich’s bill would require mining companies to pay a rate “not less than five percent and not greater than eight percent based on gross income” of mining production on federal land. This rate wouldn’t apply to mining operations already in commercial production or those with already approved plans. Grijalva’s bill would establish a 12.5 percent royalty on new mining operations and an eight percent royalty on existing mines.

In Heinrich’s bill, this money would go to a fund that the Secretary of Treasury can use to carry out section 40704 of the Infrastructure Investment and Jobs Act, which provides the authority to use the Abandoned Mine Reclamation Fund for hardrock mine reclamation and clean up. This means the authority to establish the fund was provided in the Infrastructure Investment and Jobs Act, and the funding itself is driven through Heinrich’s Clean Energy Minerals Reform Act. It’s a strategic move to ensure all the legislation isn’t packed into one bill. One authorized the fund; the other would pay for it.

Read Next: President Biden Will Sign His Infrastructure Bill Monday. Here’s Why Conservation Groups Are Excited About That

It’s also a great way to clean up the issues caused by this 150-year-old mining law. The toll of mining activity on habitat is nothing small. According to Sierra Sun Times, mining activity polluted 40 percent of the headwaters of Western watersheds. It also put numerous Native sites at risk of degradation or destruction. Wildlife in these areas is also greatly impacted.

“It’s time we took our mining laws out of the 19th century and into the 21st century. Our public lands, waters, wildlife, and way of life depend on it,” said David Willms, senior director of Western wildlife and conservation at the National Wildlife Federation. “We applaud Sen. Heinrich and Chairman Grijalva for this common-sense legislation to reform the antiquated 1872 mining law and invest in our public lands, while also ensuring that the public receives fair compensation for the use of our public lands.”

“Hardrock mining should be similar to oil and gas and coal, who pay their fair shares,” says Backcountry Hunters & Anglers president and CEO Land Tawny, in reference to legislation like the Land and Water Conservation Fund. “Forty percent of Western watersheds are polluted by mine waste, and some places are simply too important for fish and wildlife to allow that to occur. This legislation would improve the authority to withdraw special places from mining, places like the Boundary Waters and others. We thank our congressional leaders for recognizing this and for moving to reform the most outdated natural resources law in the nation.”

“Hunters and anglers have long-advocated for legislation to modernize the General Mining Act of 1872,” said John Gale, conservation director of Backcountry Hunters & Anglers. “The world has changed a lot in the last 150 years and hardrock mining’s image of the one-man operation with a mule and a pickax is a far cry from the multinational corporations systematically extracting minerals from our lands and waters today.”

The protection of public lands and the wildlife on them should be a chief concern for any hunter or angler, and the Clean Energy Minerals Reform Act takes necessary steps to protect the land hunters and anglers frequently use.

“Fair royalties, agency discretion, and funding for abandoned mine cleanups are essential components of mining law reform and we thank Representative Grijalva for his efforts to tackle this challenging issue,” said Chris Wood, president, and CEO of Trout Unlimited. “We look forward to working with all stakeholders to help advance a bill that ensures certainty needed by industry while providing the tools and resources needed to clean up abandoned mines—one of the nation’s biggest threats to clean water.”

Editor’s Note: The headline of this story has been updated to clarify that a specific public-land mining law hasn’t changed, rather than all mining regulations on public land.