900,000 Fish Were Netted, Killed, and Dumped Back into the Gulf of Mexico. Not Many People Know or Care

Menhaden are abundant in North American waters, with billions harvested every year. Does that mean wasting them shouldn't matter? 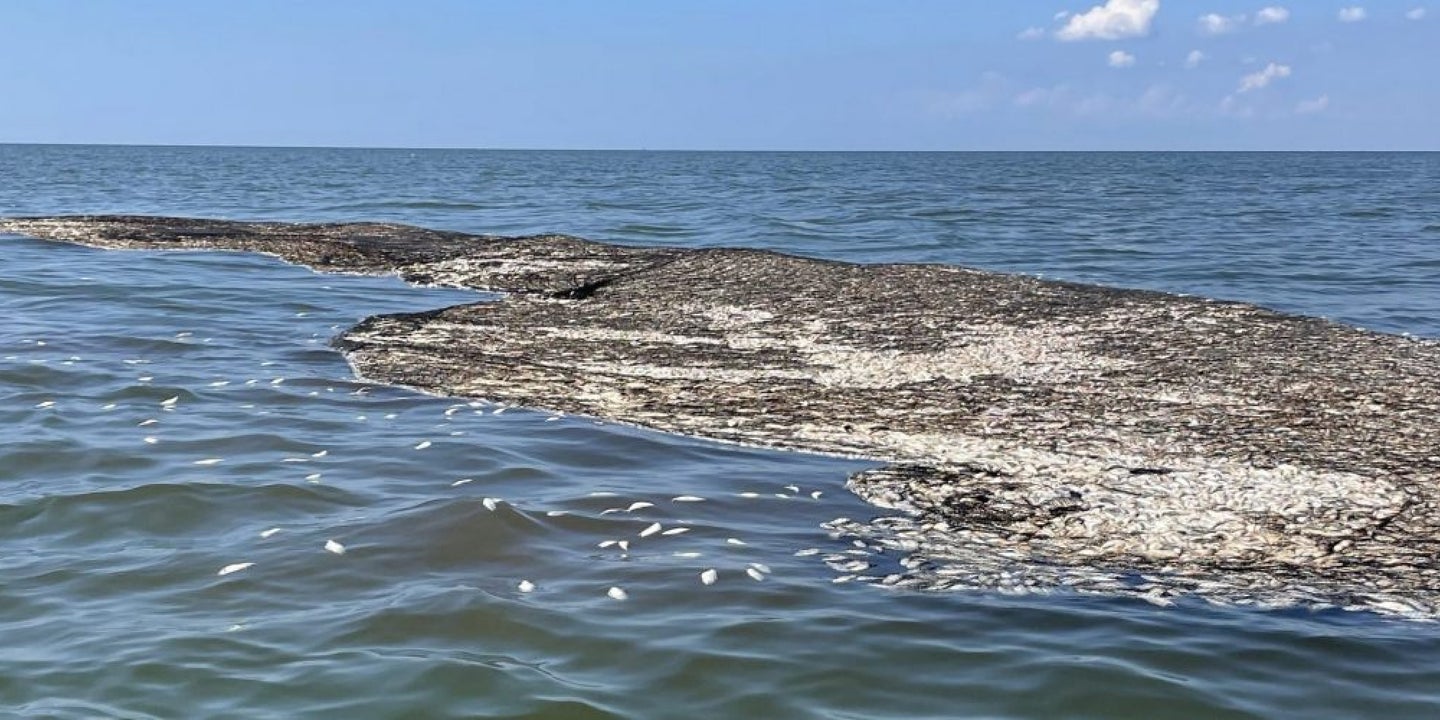 The dead fish and the net were both left behind. David Cresson / Louisiana Coastal Conservation Alliance
SHARE

What do your vitamin cabinet, your neighbor’s vegetable garden, and your dog’s dinner have in common? They all probably rely on some semblance of fish byproduct to enrich their functionality and health benefits. Supplements, fertilizer, and pet food all use fish oil, as do cosmetics and lots of human foods. Of course, this oil doesn’t come from sushi-grade tuna or Alaskan salmon. It usually comes from menhaden, also known as “pogy,” “mossbunker,” or “fat-back.”

Menhaden are a fish of huge numbers. Their abundance in the Atlantic alone calculates in the hundreds of billions. Females produce hundreds of thousands of eggs each year, and Gulf menhaden support one of the largest fisheries in the country. Many consider them the most important fish in the sea because they support the entire marine food web and feed most of our favorite sportfish, including striped bass, redfish, and tarpon. They also comprise most of the meal used to feed commercial fish farms and they filter thousands of gallons of water a day.

But when a Louisiana-based vessel owned by Omega Protein Corporation had to cut loose a net of 900,000 dead menhaden and other bycatch weighing an estimated 500,000 pounds on Sept. 8 after they wrangled too many and couldn’t get the fish into the boat, some reactions were seemingly underwhelming. One fisheries manager for the Louisiana Department of Wildlife and Fisheries pointed out that just 2% of the menhaden in the Gulf of Mexico are harvested each year and that such an event is “insignificant.”

Menhaden boats catch all these fish by taking direction from a low-flying airplane on where the massive schools are. Once the mother ship gets near the school, two smaller boats go out and surround the school with a 1500-foot-long net. They pull the net together to create a “purse” of menhaden, which the mother ship then comes over and sucks out of the water. But when the Omega Protein crew caught more than they could handle on Sept. 8, they decided to cut the massive net of fish and release it from the boats. The net remains in the water along with the 900,000 menhaden carcasses.

So if a species is this abundant, does committing waste at this scale matter? A lot of conservation groups say yes, absolutely.

“Regardless of whether statistically it’s true or not, to characterize this incident or this amount of waste as insignificant is an unfortunate choice of words,” David Cresson, executive director of the Louisiana chapter of the Coastal Conservation Association, tells Outdoor Life. “There are lots of concerns here. We’ve been working for a few years to get these boats to operate further away from our shorelines. Up until six months ago, there were no limitations on how far from our shoreline they could operate. Then our state adopted a quarter-mile buffer, which is only about 1,300 feet.”

Cresson explains that when that many baitfish are harvested so close to the shore, it depletes one of the major coastal food sources that birds, mammals, and other fish rely on. Louisiana is also the only state in the Gulf that hosts significant menhaden commercial activity. The nets used to harvest these fish are banned in Florida; Alabama and Mississippi both have mile-wide coastal buffers in place; and Texas limits the catch to 30 million pounds a year, which pales in comparison to the roughly billion pounds that Louisiana harvests annually.

Louisiana CCA continues to fight for a larger coastal buffer that would protect near-shore menhaden and the species that rely on them—including the humans who eat some of their main predators such as tuna and swordfish.

“Any meaningful change to the regulation on this industry is going to be hard to come by,” Cresson says. “But we’re in it for the long haul. We, and lots of other people, are going to continue working on this issue until Louisiana is getting the protection it deserves.”