Florida Has Become the Budget-Friendly Amazon for Anglers 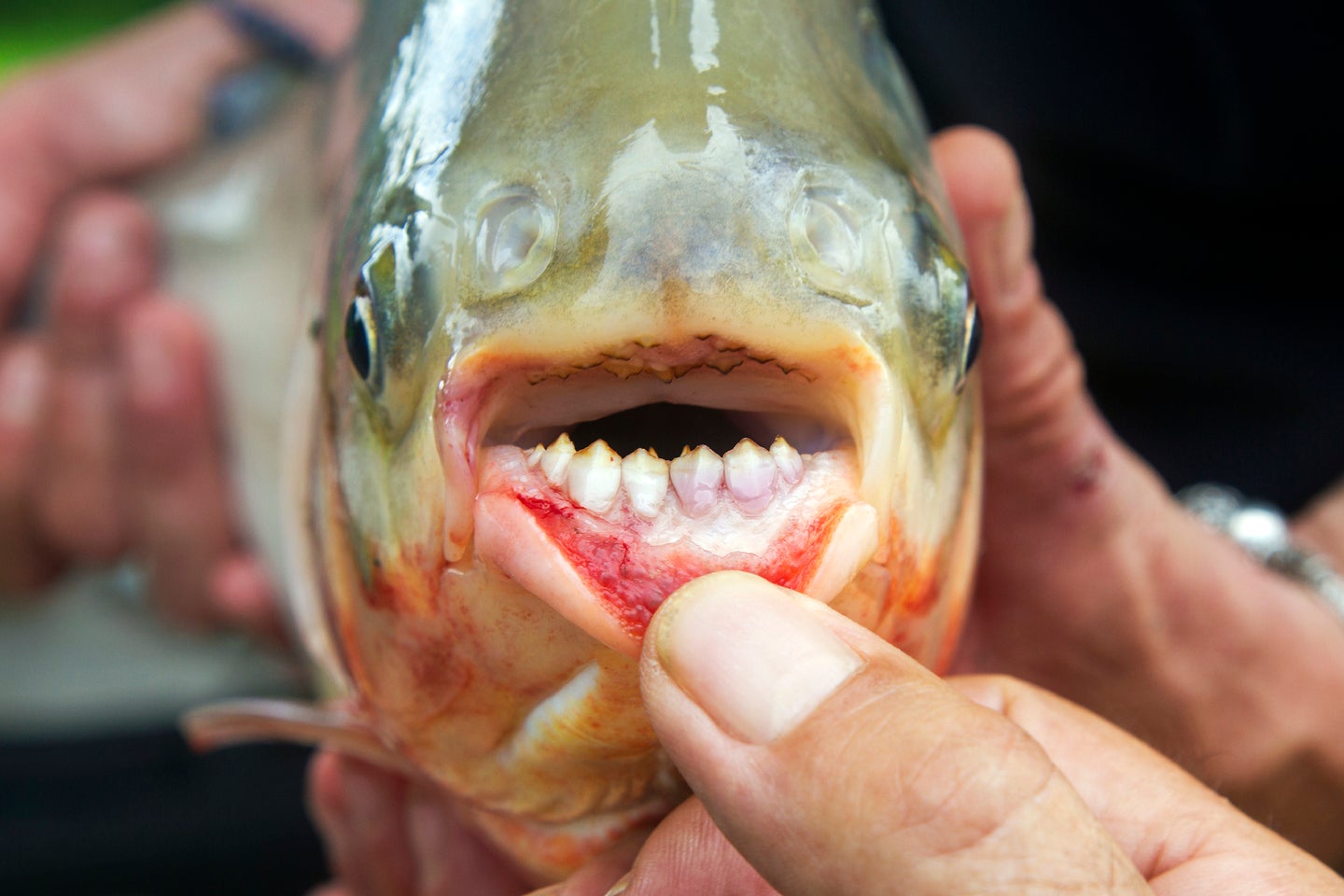 In early September, AOL News reported on a rare catch in South Florida. Artist and devout fly angler Eric Estrada reeled in what he initially believed to be a piranha. According to the story, Estrada was fishing in a neighborhood pond where usual targets include peacock bass, snook, and tarpon—the latter two have high tolerances for freshwater. Instead, he found himself casting into a feeding frenzy, and his fly kept getting bitten off clean. When Estrada finally landed one of the culprits, the 18-inch round, silver fish had a massive set of gnarly chompers.

It was not, however, a piranha (though it did resemble one). Estrada had landed a pacu, a fish that affluent anglers travel thousands of miles to target in the jungles of South America. On one hand, pacu are invasive, and many people don’t like fish that shouldn’t be here. On the other hand, there are so many invasive fish in Florida already that alarm bells don’t often sound the way they used to when a new one pops up. So, are invasives ruining the state’s waters, or is the state on the way to becoming the everyman’s Amazon, embraced by the folks who can’t afford the jungle lodge experience? Answer: both.

The first peacock bass I ever caught was in a Miami canal. These fish can’t really be classified as invasive, however, because the state purposely stocked the South American imports in the early 1980s for two reasons. One was in the hope that these aggressive fish would chow down on other tropical invasives people were dumping in the same waters after they got tired of having them in their fish tanks. The second was simply to appeal to anglers and boost the recreational fishing economy. Way back in 2012, I filmed that first peacock trip and a funny thing happened. Over the next five years, more people reached out looking for intel on DIY peacock fishing than they had about any other species or location I ever shot. More people booked the charter service I used in Miami than any other guide I’d ever worked with on camera. There was clearly a market for exotics on a budget and sans passport.

There is a running joke that goes like this: If there’s a jungle fish you want to catch and it doesn’t live in Florida, just wait longer and it will. There’s some truth to this. Ten years after catching my first peacock in Miami, the number of species once reserved for the elite with a hefty travel budget continues to rise in Florida. According to the article, pacu are caught from time to time, so Estrada’s fish was not a first. There are bullseye snakeheads, a fish you’d have had to fly to Southeast Asia to catch before they invaded Florida. There are clown knifefish, native to Laos, Thailand, and Cambodia, popping up in my Instagram feed from Florida anglers almost daily. Florida is the only place outside of Australia where you can catch barramundi, albeit at a pay lake, not in the wild. The list of larger, target-able cichlids in South Florida is too long to name here. But the biggest news in the recent ramping of jungle vibes has to be the arapaima.

When one of these massive jungle fish was found washed up dead in Florida’s Caloosahatchee River in the winter of 2021, news outlets around the country jumped on the story, bucking the trend of invasives creating little fanfare in Florida anymore. In no time, whispers and rumors started circulating about fish escaping—or being stolen from—a legal arapaima farm and ending up in private ponds, lakes, and public rivers. There seemed to be an underground network of anglers who had a bead on where you could catch them. Is pulling one out of a residential pond in Florida as glamorous as sticking one on the fly while balancing in a dug-out canoe in the Amazon jungle? Hell no. But it’s a whole lot cheaper.

To date, arapaima have not become widespread in Florida waterways. Many biologists believe the fish never will take off because even north central Florida’s winter temperatures are likely too low for them (water temperatures at farms are regulated). But you also can’t rule it out entirely, nor disregard the growing eagerness to catch jungle dwellers state-side. It makes me wonder if there will ever come a point when Florida embraces its status as the U.S. Amazon.

I’ve been to the real Amazon, and it was an incredible experience. Yes, the peacock bass are bigger, but just because you get yourself all the way down there doesn’t guarantee you’ll catch monsters. My biggest fish weighed 15 pounds—an OK one by jungle standards. For the most part, we hammered 3- to 10-pound peacocks, which are abundant in Florida. I never looked at South American fish as better than Florida fish, it was just a much different experience, and in some ways, I enjoyed the urban setting of Miami and laid-back fishing vibe more. If nothing else, Florida’s exotics can serve as an appetizer for the real deal pie-in-the-sky trip you’ve always wanted to take. I’ve always wanted to go to Indonesia to target giant snakeheads, but I don’t know if I’ll ever get there. So, if any of you Florida canal stalkers stumbles upon one of those gorgeous black-and-white jumbos, please let me know.