The state’s goliath grouper fishery has been closed since 1990. It will officially re-open in March 2023 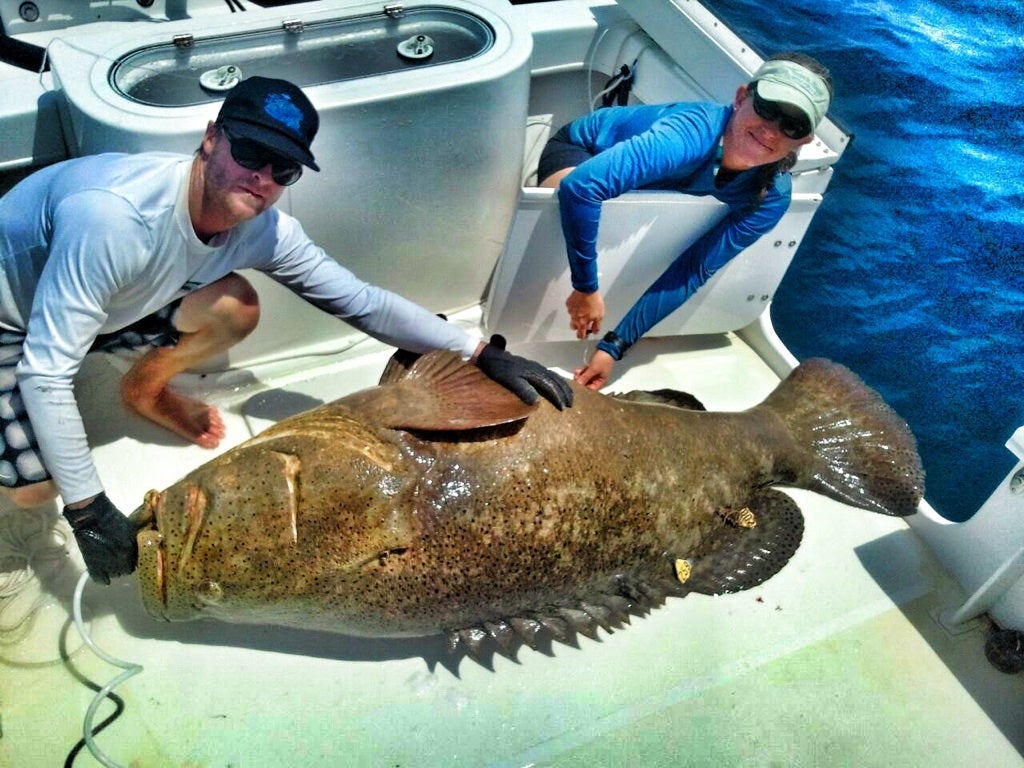 Biologists take samples from a goliath grouper that was caught on hook and line before releasing it back in to the Gulf of Mexico. Florida FWC
SHARE

The Florida Fish and Wildlife Conservation Commission voted on Thursday to lift the ban on the state’s goliath grouper fishery. That ban has been in place since 1990. The limited fishery will re-open in March 2023, the Associated Press reports.

The Commission’s March 3 vote makes the proposal that was ratified last year official. As we reported back in October, a lot of fishermen in the Sunshine State are saying it’s about time. Although overfishing led to serious population declines in goliath grouper stocks by the 1980s, industry groups like the American Sportfishing Association have long argued that their populations have rebounded to sustainable levels since then.

State wildlife officials seem to agree. Still, they are taking a cautious approach to reopening the fishery, and the regulations surrounding harvest of the iconic, reef-dwelling species will be restrictive.

Florida is prohibiting spearfishing and limiting the total harvest to 200 fish. The state will only allow anglers to keep younger goliaths that are between 24 and 36 inches long. That puts these fish at around 30 pounds on the larger side, which is a very small class of fish compared to the big boys. Goliaths grow up to 8 feet long and can weigh well over 500 pounds. The current IGFA world record for goliath grouper is 680 pounds, and was caught off Fernandina Beach near the Florida-Georgia line.

Harvest season for goliaths will run from March 1 through May 31, and anglers will only be able to draw harvest tags through a state-run lottery system. It will cost $10 to enter the lottery, and Florida residents who are drawn to receive a tag will pay $150. That price goes up to $500 for non-residents. There are a few post-harvest requirements as well, such as reporting harvest data and submitting a fin clip for genetic analysis.

Read Next: Florida Anglers Are Asking For a Goliath Grouper Season, But it May Be Too Late

Additionally, the state is limiting anglers to one fish per person per season. Harvest will be permitted in all state waters except the Keys, the St. Lucie River and tributaries, and Dry Tortugas National Park. Harvest of the species will still be banned in all federal waters. That boundary is located 3 miles off the coast on the Atlantic side, and 9 miles off the coast on the Gulf side.

“After decades of closure to this fishery, we welcome this opportunity for a highly regulated, limited take of goliath grouper, FWC Commissioner Robert Spottswood said a news release. “In addition, the post-harvest data reporting will help guide future management decisions for this species.”