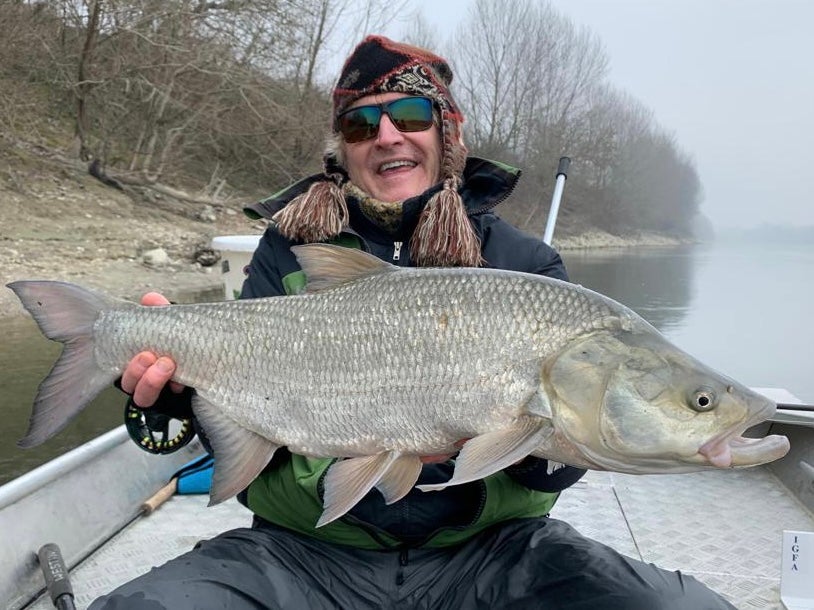 In less than a decade, Forszpaniak has amassed 100 IGFA records, which is something of a record in its own right. His most recent record catch certified by IGFA is an all-tackle length fly world record for asp (a type of carp) at just under 2.2 feet. It was caught, measured, and released following a 10-minute fight from Italy’s Po River in February 2022.

Forszpaniak has many current and “retired” IGFA records. Several current records are particularly notable such as a 13-pound fly-caught Pacific bonefish on 16-pound tippet in New Caledonia, a 16.5-pound fly-caught tigerfish on 12-pound tippet from Zambia, and a 12.5-pound gray snapper on 20-pound class tackle from St. Augustine, Florida in 2014.

Forszpaniak retired from his career as a surgeon in 2018. Now he’s an enthusiastic IGFA representative who travels extensively spreading the word about the record-keeping organization—and he fishes wherever he goes.

“I am very proud, privileged, and honored to represent IGFA as a lifetime member, ambassador, and international representative,” he says.

Traveling to remote areas has taught him about overfishing and habitat exploitation of oceans, Forszpaniak says.

“I understand the importance of IGFA conservation efforts,” says Forszpaniak.

“Whichever country I visit, I always spread the IGFA message and encourage people to join.”

While still a working physician, Forszpaniak moved to Florida and became hooked on saltwater fishing.

“All I know about saltwater fishing is what I have learned from top professional captains, guides, and because of my insatiable drive for improving my fishing skills.”

Bonefish are his favorite, and he fishes for them often, collecting fin clip samples for the Florida Fish and Wildlife Institute in collaboration with the Bonefish and Tarpon Trust, and this work has resulted in identification of five new bonefish species.

“The IGFA has helped me understand the importance of protecting declining fisheries and how crucial it is to educate younger generations about angling ethics and conservation,” he says.