Is the next world-record muskie swimming in Wisconsin's Green Bay right now? 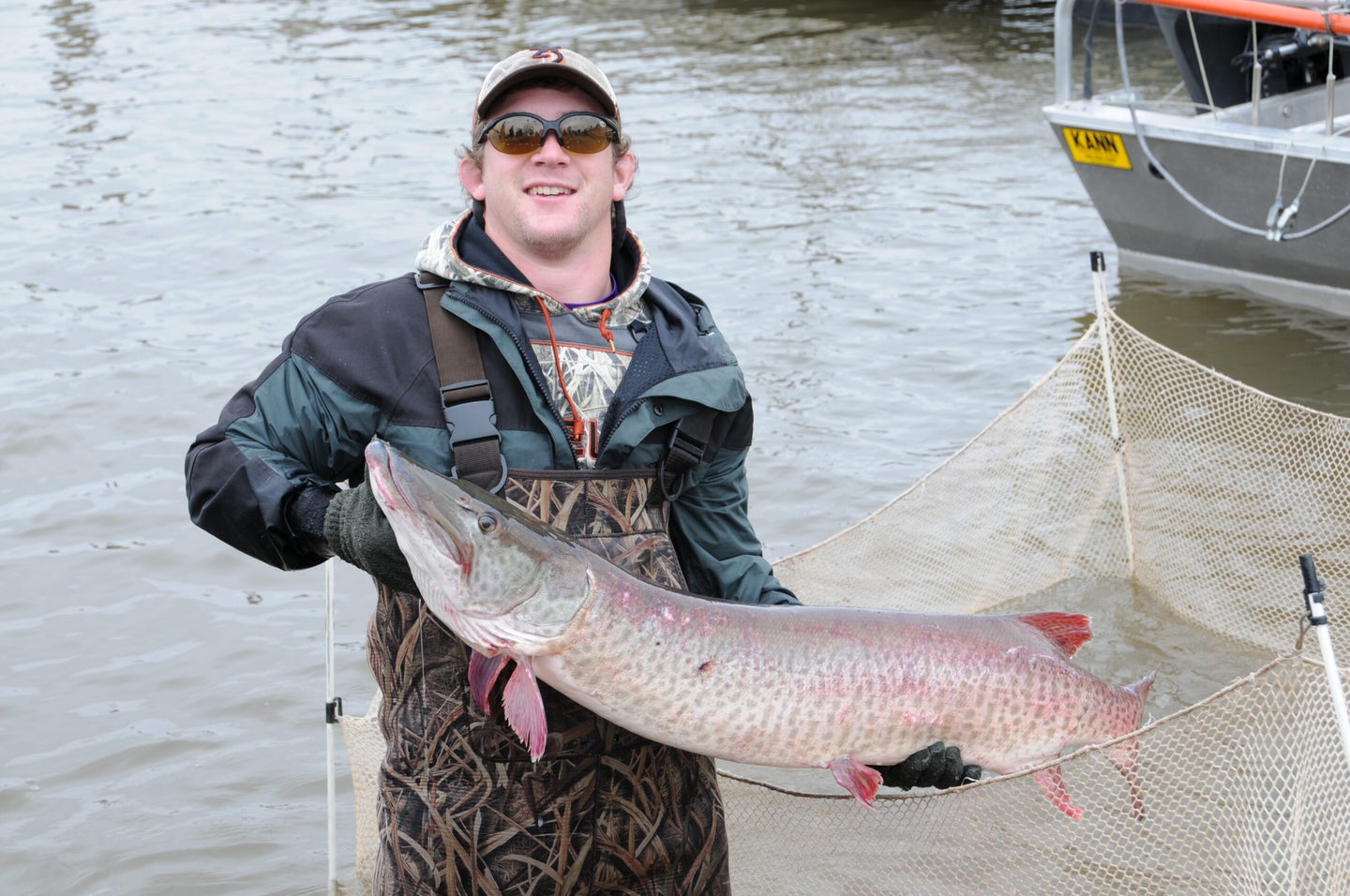 Huge muskies were captured and stripped of eggs and milt in order to grow more fish. Wisconsin DNR photo
SHARE

Wisconsin biologists working for the DNR just completed their annual collection of mature muskies on the Fox River. Their eye-popping report shows that Green Bay, which the river feeds, has become a muskie angler’s paradise.

“The bay has lots of big fish, and the water is in superb shape with lots of baitfish,” says Jason Brueggemann, senior fisheries biologist for the Wisconsin DNR Green Bay office. “So sure, I think it’s very possible that a world record muskie is swimming in Green Bay today.”

Given Green Bay’s superb habitat and abundant forage base, and a history of producing giant and heavy muskies, the buzz throughout the muskie fishing world is that the bay may hold a world record fish, and the report from the DNR has only helped drive this home.

“We set five special fyke nets [live fish traps] near shore in the Fox for 24 hours on May 10,” says Brueggemann. “We caught 81 adult male and female muskies up to 54 inches long—perfect size for stripping them of eggs and milt for our hatchery program.”

Once stripped of their precious eggs and sperm, the big muskies were measured, weighed, tagged, and released back into the river alive. Muskie stocking of Green Bay has been ongoing annually for over 30 years and has produced a trophy fish factory that’s widely touted as one of the best in America for giant muskellunge.

“Most stocked fish come from spring-run muskies we net, which mostly are raised in a DNR hatchery in Wild Rose, Wisconsin. By fall the young fish are 10 to 12 inches long, sometimes 14 to 17 inches, which are then stocked into Green Bay.”

The result of 33 years of consistent fingerling muskie stocking has turned Green Bay into a world-class muskie haven, with anglers traveling from throughout America to catch its oversized predators. Brueggemann says all fish stocked into Green Bay and its tributaries are pure-strain Great Lakes spotted muskies—a strain of fish long admired for its sleek profile and distinctive colorations along its flanks. Green Bay is a monster muskie factory because of its enormous quantity of prey fish on which muskies feed. Yellow perch, suckers, lake whitefish, gizzard shad, freshwater drum, and other species allow muskies to grow fast, and wax fat.

Decades ago muskies were a self-sustaining fishery in Green Bay. Not today, mostly due to the development and degradation of prime spawning habitats. That initiated the stocking of muskies into Green Bay, which continues today.

“Our ultimate goal is to restore the muskie fishery in Green Bay so stocking won’t be needed,” says Brueggemann. “But we’re not there yet.”

Meanwhile, the stocked muskie fishery in Green Bay produced some of the best angling for the species found anywhere. Brueggemann says he’s aware of angler-caught Green Bay muskies measuring up to 57 inches. That’s over 60 pounds according to some muskie length-to-weight charts.

The IGFA all-tackle world record muskie weighed 67-pounds, 8 ounces, caught by Cal Johnson in 1949 from Lac Courte Oreilles, near Hayward, Wisconsin. That fish measured 60.25 inches. With the info from the DNR’s survey, it seems that a fish that large could certainly be swimming in Green Bay’s waters.