Robin Van Dette thought she had a catfish on the line. It turned out to be a record-sized redear sunfish 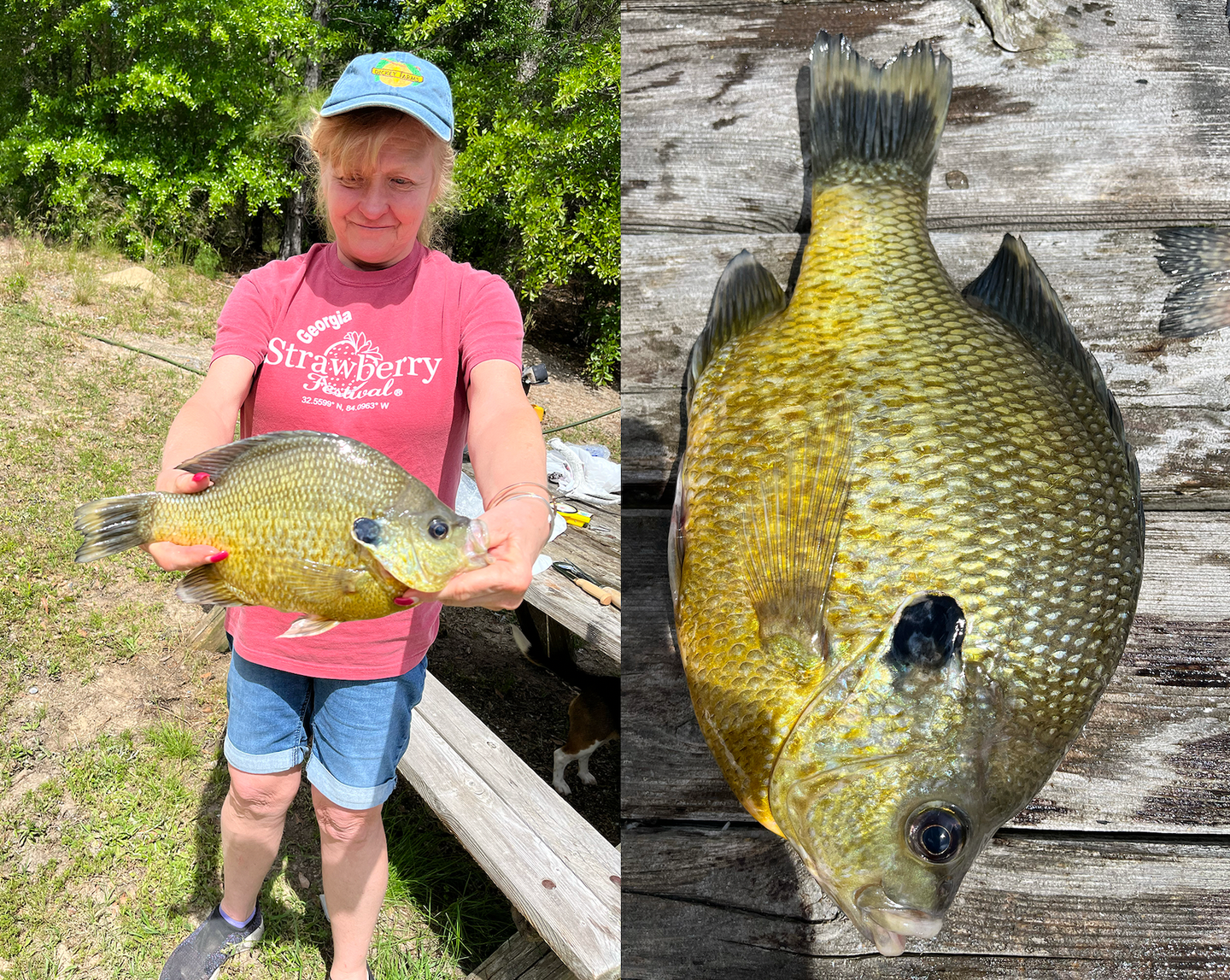 Robin Van Dette was out fishing with her husband Mark late last month when she landed a whopper of a sunfish on her first cast. Although she was a little disappointed at first—Van Dette was hoping for a big catfish—her husband had the opposite reaction and convinced her to keep it. They weighed the redear sunfish, also known as a shellcracker, and the fish has now been confirmed as a new lake record for the species, Georgia Outdoor News reports.

Van Dette told GON that the two were anchored up at one of their favorite honey holes on Lake Blackshear the morning of April 24 when something big and powerful took her earthworm bait.

“This is a big one, you better get the net,” Robin said to Mark as her rod bent over and the fish dove underneath their boat.

The battle lasted a few minutes, with Van Dette using a light spinning rod and 10-pound test. She said she was pretty sure she had a nice catfish on the line until she pulled the fish out of the water and her husband netted it.

“That’s not a catfish,” she remembered Mark saying. “It’s the biggest shellcracker I’ve ever seen.”

After unhooking the sunfish, the couple decided to keep it in their boat. They kept fishing until mid-day, netting a couple dozen bream and catfish, and then they headed to a nearby bait shop in Cordele to have Robin’s catch weighed on a certified scale.

“I just thought it was a cute fish,” she told GON. “I didn’t think it was a big deal, really.”

The folks at Flint River Outdoors thought differently. And when they put it on the scale, they saw that the sunfish weighed 2 pounds, 1.44 ounces, making it the largest redear sunfish ever recorded on Lake Blackshear. Officers with the Georgia Department of Natural Resources confirmed the lake record, which measured 13.75 inches long with a 16-inch girth.

Read Next: The Biggest Panfish of All Time

“My only disappointment about the big shellcracker is our grandson Jude [age 5] wasn’t with us when we caught it,” Van Dette told Outdoor Life.

She explained that the couple has a farm in Butler, Georgia, not far from Lake Blackshear, and that the 8,500-acre reservoir has become one of their favorite places to spend time together outdoors.

“We hunt turkeys and deer a lot at the farm and started fishing Blackshear the last few years as the pandemic shut down a lot of fun things to do outdoors,” Van Dette said. “We really love fishing on Blackshear, and the big shellcracker I caught was just so pretty, we’re having it mounted.”

The folks at Flint River Outdoors also thought it was a trophy, she added, and they are having a replica made to put on display at the bait shop.