A new pending world-record fallfish was caught in Virginia 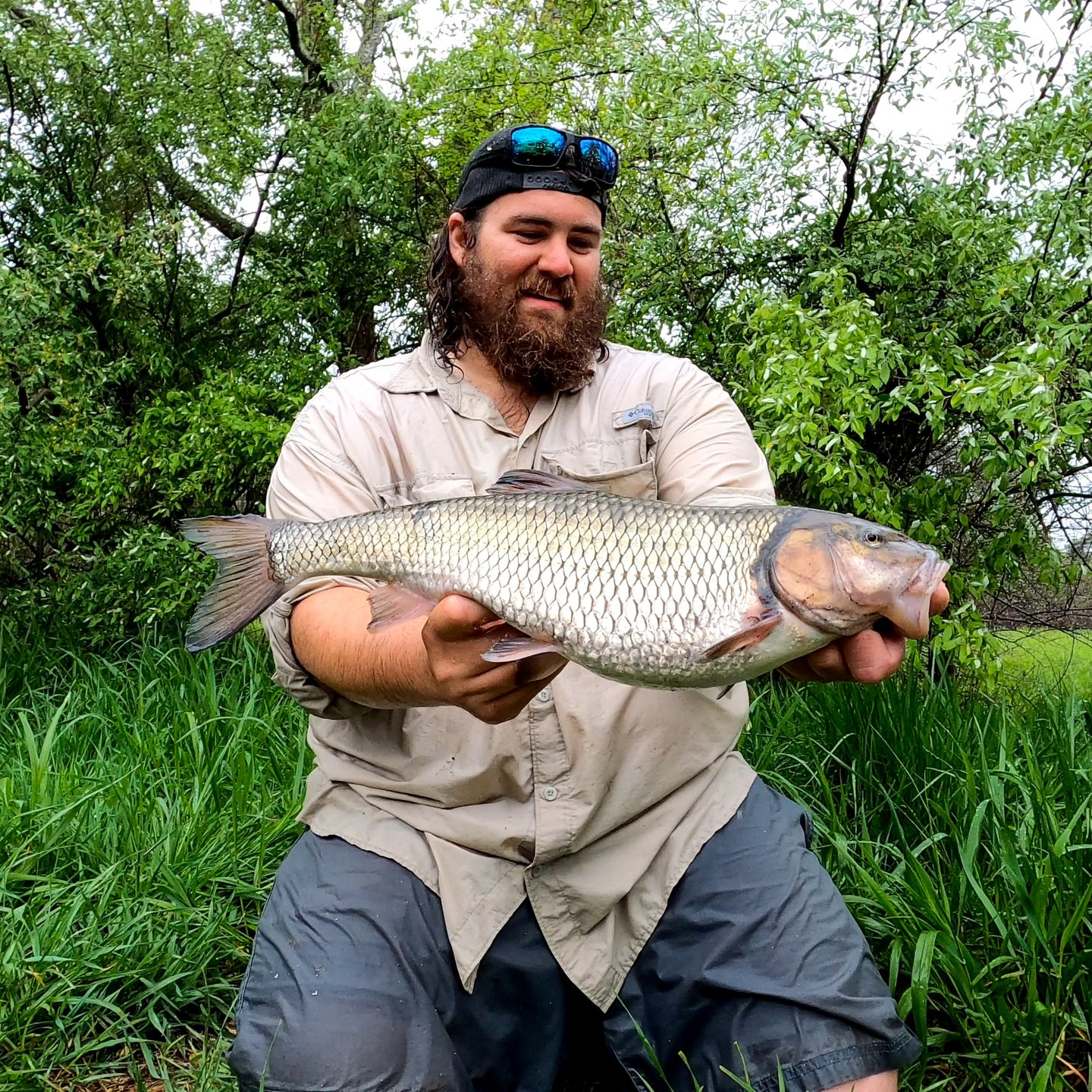 Josh Dolin’s goal of achieving the master angler benchmark, by catching a trophy-sized fish in all 30 Virginia game fish species, brought him three hours from his Richmond home to the Cowpasture River. On May 6, he wasn’t targeting the river’s trout or smallmouth bass. Instead, he was after his 23rd trophy species, the fallfish. Not only did Dolin land a trophy-sized fallfish, he tied the International Game Fish Association’s all-tackle world record for the species.

A fallfish is the largest native minnow species in eastern North America. They’re aggressive, opportunistic feeders that eat everything from aquatic insects to baitfish. Virginia began recognizing the fallfish as a trophy fish in 2020 to bring more attention to the underrated and hard-fighting game fish.

After his long drive, Dollin hiked into his fallfish spot. “I hiked a mile and a half into the spot I was going to fish,” he says. He was planning on fishing with nightcrawlers, but when he arrived at his spot, he had a rod rigged with a Nungesser spoon and decided to fish it for a little while.

“I made one cast and nothing,” Dolin says. “I was retrieving it with a twitch and a pause. On my second cast I paused and the fish ate it as the spoon fluttered. It fought like a fish three times its size, and I thought I had a monster brown trout on. I got it to shore after it took me into some trees and fought it for a couple minutes. The state record was 3 pounds 5 ounces, I put it on my certified spring scale, and it immediately went to 3.5 pounds, so I knew I had a potential state record.”

As Dolin took a few photos of his record catch, a heavy rainstorm blew in, and he started the hike back to the truck. For his fish to qualify as a state record he would have to weigh it on a certified scale with a Virginia DWR representative present. Then, the fish species must be confirmed by a biologist. Before all that could take place, Dolin needed to get back to Richmond.

On his drive back through the Blue Ridge Mountains, he got a flat tire. “I’m in a no-cell-service area in the middle of a storm,” he said. To make matters worse, his tires and rims were brand new, and he didn’t have his wheel lock in the truck. The one glimmer of luck—beyond catching a record fish in two casts—was that he had intermittent service. He reached a friend who knew the area, and passed the info along to Dolin’s brother and girlfriend. After four hours, help arrived, and he was back on the road to get his state record certified.