Eight different teams had three-catfish limits weighing over 100 pounds, with the winning boat bringing in nearly 200 pounds of fish 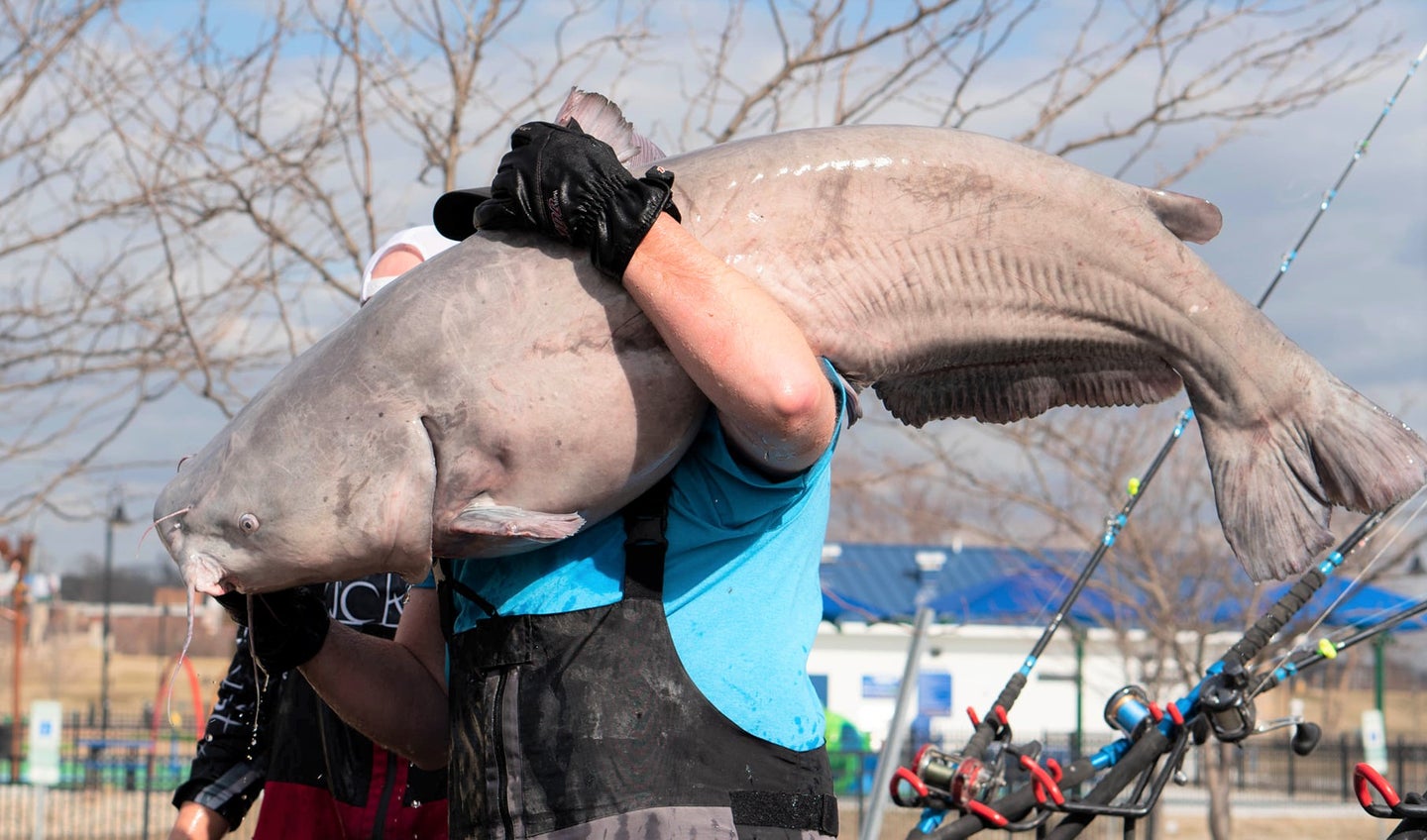 There are giant catfish aplenty on the Mississippi River in Illinois. Twisted Cat Outdoors, via Facebook
SHARE

If you want to catch a seriously big catfish—one that weighs 80 or 90 pounds—the Mississippi River north of St. Louis needs to be on your fishing radar. The season-opening event of the “Twisted Cat Fishing Tournament,” now in its eighth year, took place on March 5 on this stretch of the Mississippi outside of Alton, Illinois. And competitors hauled in some truly giant blue cats over the course of the day.

Representing nine different states, 67 boats of one- to three-angler teams chased heavyweight cats this past Saturday. Anglers in 45 boats brought fish to the weigh-in, and eight of the teams had three-catfish limits weighing more than 100 pounds, according to the Alton Telegraph. All of the cats brought to the weigh-in were blues, except for one smaller flathead, and all fish were released alive back into the river.

The winning team, made up of Jake Nalley and Scott Linton, had a limit of three big blues that totaled 188.80 pounds. Their heaviest fish was a 90.89-pounder. They caught another that weighed 88 pounds and was the second-heaviest fish of the day. Their payout for finishing in first place was $5,500.

“With all the wind and the people, we anchor-fished one spot and that was it,” said Nalley, a local fishing guide. He said they used four different baits throughout the day, but fresh shad was their top producer.

Twisted Cat Outdoors owner and tournament director Alex Nagy was more than impressed with the turnout last weekend. He told the local paper that it was one of the best showings he’s had with the tournament series.

“This weigh-in was one of the best I’ve ever seen,” Nagy said. “That shows you this area is absolutely some of the best catfishing in the country, and [possibly] the world.”

Nagy added that he’s seen the sport really grow in the past couple years. And he said he’s already looking forward to the Alton Catfish Classic, which will return to the same spot this September. There are usually seven to eight tournaments in the Twisted Cat Fishing Tournament series, and they take place from as far north as Fort Madison, Iowa, to as far south as Helena, Arkansas.

“These people are so fired up and passionate about the sport,” Nagy said. “It’s awesome to watch.”