The Jig is Up: One Failed Fisherman’s Sorry Tale

From the moment I could toddle around a fishing hole, I fooled fish into biting just about anything. I would... 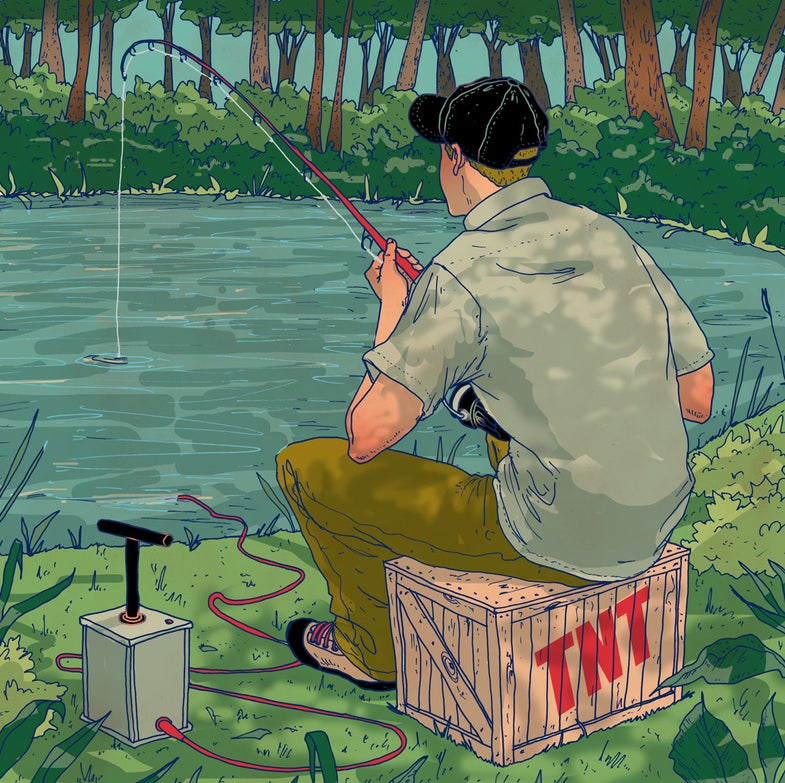 From the moment I could toddle around a fishing hole, I fooled fish into biting just about anything. I would certainly eat just about anything as a growing boy, and I expected nothing less from creatures with brains the size of a Froot Loop.

This philosophy worked well—for a while. Somehow, as I grew older and my brain got bigger, my noggin just couldn’t keep up with the fish. Perhaps I erred by not majoring in fisheries biology, because my once-infallible techniques began to produce poor results—and more than one tantrum. I used to be the best of the best. But those golden days are behind me now, and I’m still struggling to work out what went wrong.

It all started at Trout Haven in the Black Hills of South Dakota. I began fishing there with kernels of corn and a cane pole. I didn’t really have to learn—I just knew how to make magic happen. Every time I dropped my line in the water, I would yank out a fat rainbow. I mean, every dang time. And when I’d caught just about every fish in the pond, a nice man would tip a bucket of trout into the water for me to hook next. I was a master at the ripe young age of four. A prodigy, you might say.

Soon I graduated to panfish. I was short on corn, but remained convinced that fish loved their veggies. I swiped a handful of pea pods from my neighbor’s garden, but after a few minutes passed without a bite, I started to panic.

Ole Mr. Rogers took pity on me and, possibly wishing to save his garden from my grubby paws, shared a little secret.

“Ditch the produce,” he said. “And try a minnow and a bobber.”

Soon, I had a bite. The success instantly went to my head. I was back, baby.

At the end of the day, however, there was still something niggling at the corner of my mind like a worm squirming on a hook: I was landing fish, yes—but no longer with each cast.

Years passed and the trend continued. As a teenager I tried to tame the meanest beast in our waters, the northern pike. The old- timer at the bait store said spring thaw was the best time and smelt was the stinky stuff I should use, but luck was never on my side.

Now walleyes are my passion, and I’ve tried every possible technique to catch a limit on a regular basis. I’ve cast every lure from carrots and hot dogs to traditional live and artificial baits. We’re talking everything in the book short of dynamite. I’ve watched videos, asked the pros, read the books, Googled it, and even tried talking to the fish.

But nothing seems to work as well as corn and a cane pole.

I guess prodigies hit their prime at a young age, because things have really gone downhill since the carefree days of my youth. I guess I’m still looking for a man with a bucket of fish to help me out of my slump.

But there’s hope on the horizon for me yet. I’ve decided I’m going back to school. Not for fisheries biology or wildlife management, though. No, I’m thinking contracting.

Perhaps a little blasting and demolition.