"It's a big fish for a small child," his mother said 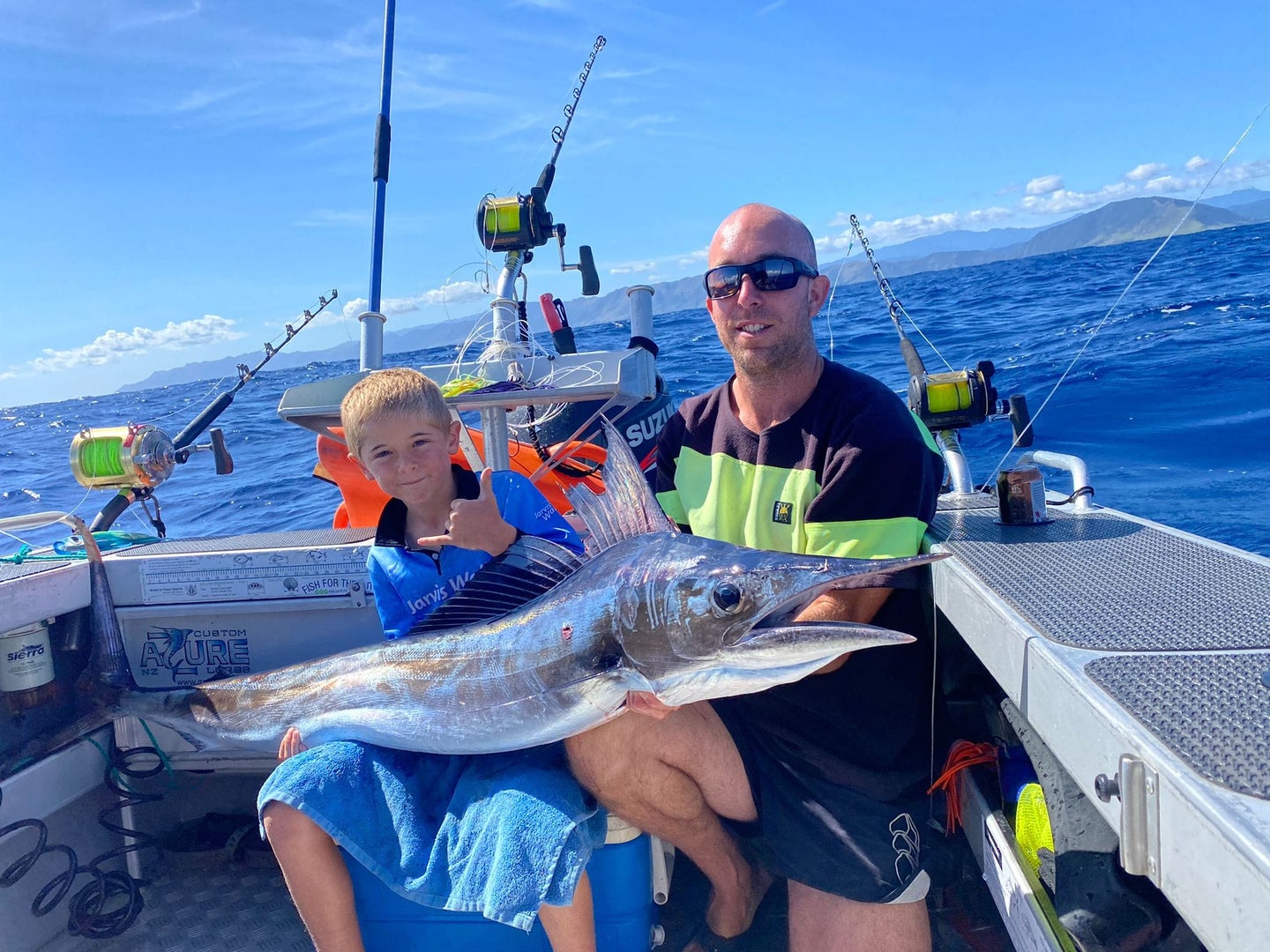 A seven-year-old boy from Whakatāne, New Zealand, has been confirmed as the world-record holder in his age group for shortbill spearfish. Cohen Snell reeled in the Smallfry World Record for the species in January, and the International Game Fish Association verified his catch earlier this year.

The boy was fishing with his father, Ben Snell, off New Zealand’s North Island coast on January 8 when he caught the 44-pound, 16-ounce billfish. The fish ate a handcrafted lure made by Azure Custom Lures, and Cohen was able to bring it to the boat by himself on 60-pound line.

The catch falls into IGFA’s “smallfry” record class, which is the category for anglers aged 10 and under. There is both a male and female division for smallfry records, but Cohen’s fish also beats out the female record-holder, Laurel David, who caught her 36-pound, 5-ounce fish off Hawaii’s Big Island.

The young Kiwi seems to have inherited his love of fishing from his parents, who are both big saltwater anglers. They said it was a long process to get the record certified, but they’re glad they did it. Not many boys can say they caught their first world-record fish at only seven years old.

The biggest holdup in the certification process was determining that Cohen caught the fish without any help. (IGFA regulations dictate that if anyone else touches the rod during the fight, the catch is disqualified.) Both Cohen and Ben understood this rule, and the IGFA took their word for it when they claimed that Cohen landed the spearfish all on his own.

“I was so happy it was a world record,” Cohen told the local newspaper.

Still, the boy is just getting started, and Cohen said his next goal is to catch his first tuna. At this rate, he may break another world record or two before he starts high school.

Shortbill spearfish are a species of billfish found in the Pacific and Indian Oceans. As their name implies, they can be distinguished by their shorter-than-average bill, which barely extends past their lower jaw. They are commonly caught in Hawaiian waters, where they’re known locally as “Hebi.”

The All-Tackle World Record for shortbill spearfish, by comparison, weighed just over 110 pounds. It was caught in Botany Bay off the Australian coast in 2008.