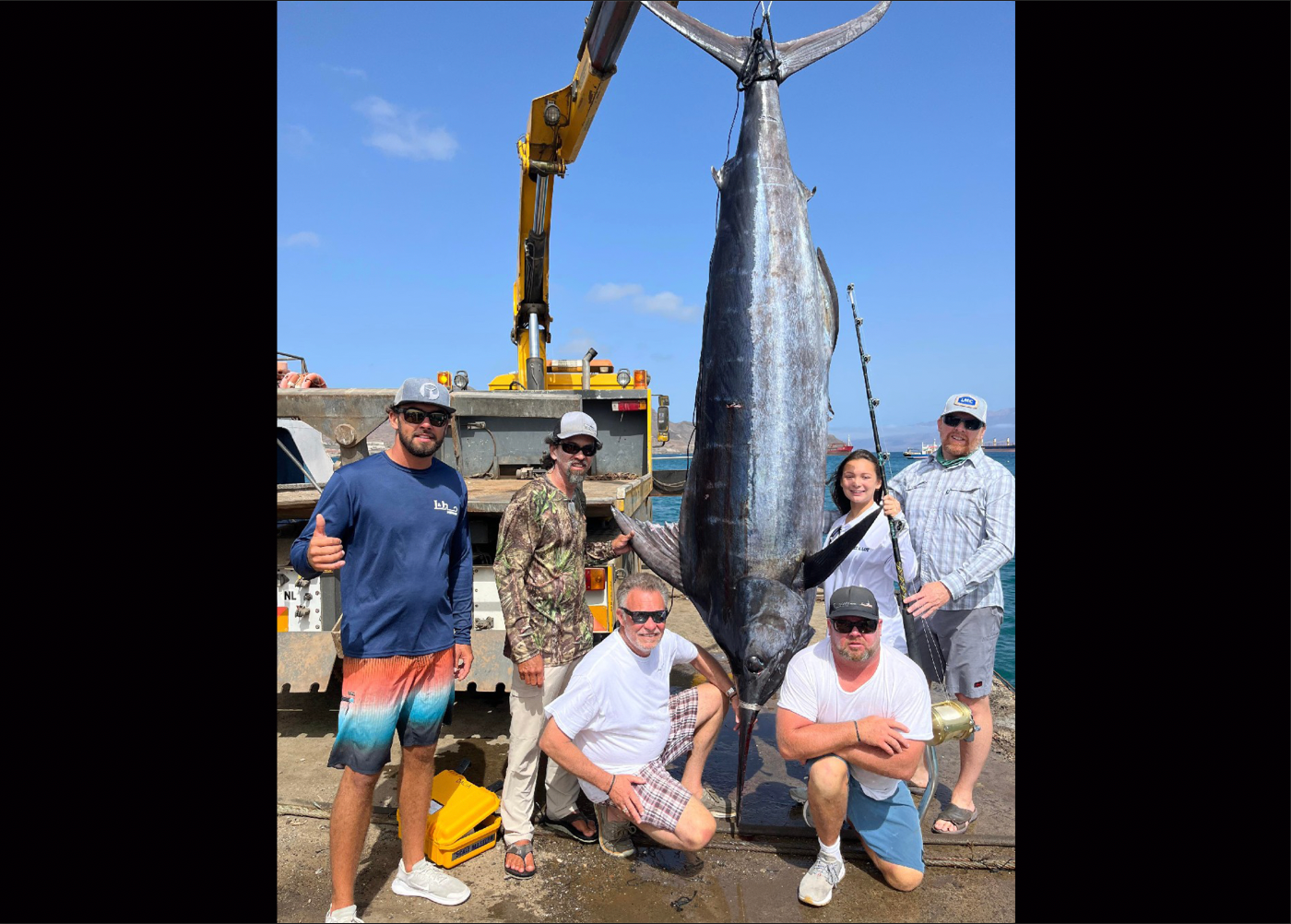 The blue-water, big-game fishing scene has always been dominated by macho men like Ernest Hemingway and Ted Williams. But little girls can catch big fish, too. Twelve-year-old Elizabeth Arn proved as much last month when she landed a massive blue marlin off the West Coast of Africa that is a pending IGFA world record.

Arn caught the 624-pound marlin near the island nation of Cape Verde on May 31 while fishing with her father, Jonathan. The two traveled all the way from Panama City Beach, Florida, specifically to chase a world record. While the record fish has not yet been confirmed by the International Game Fish Association, it’s safe to say that the father-daughter duo caught what they were after.

The Arn’s were fishing aboard the Dacia with an all-American crew that traveled to Cape Verde together from Miami. Randy Baker, of Destin, captained the 43-foot boat. Stephen Hall and Chase Travers served as first and second mate, and Capt. Scott Murie (also from Destin) manned the gaff, according to The Destin Log.

During their five days of fishing in late May, the crew raised a total of 13 blues and Elizabeth landed four of them. Her biggest marlin measured 115 inches long and weighed 624 pounds, which is more than big enough to replace the current Female IGFA Junior Angler record for the species. That record—a 549-pounder caught off the coast of Ghana in 2003—is currently held by Jordan McCullough, a fellow Floridian and accomplished angler who made a name for herself in 2008 when, at 19 years old, she became the youngest angler ever to complete the Royal Billfish Slam.

That coincidence wasn’t lost on Capt. Murrie, who told the local paper that it was “weird” to see two little girls from the Panhandle breaking each other’s record. (Although he had to have felt a certain amount of pride noting this fact.)

Arn—who will be a seventh grader next year—was using an extra-large horse ballyhoo as bait when she hooked the blue marlin herself. Using 80-pound test and sitting in a fighting chair, the 12-year-old got the fish to the boat in roughly 30 minutes. Although the marlin put on a show close to the boat and jumped multiple times, Arn said it wasn’t a very difficult fish to land. But her father was more than willing to do the bragging for her.

“Elizabeth did an outstanding job pushing the drag up to 25 pounds to ensure the fish [was] hooked solid, then backing off the drag and taking the rod and transferring it to the fighting chair,” Jonathan told the Pilot. “This was one of the most challenging parts of catching the fish, no one could assist Elizabeth during the fight. If any of the crew had touched the rod and reel or line during the hookup or fight the catch would have been disqualified by IGFA regulations.”

He said the crew donated the marlin meat after they weighed the fish back at the dock. Their paperwork has been filed with the IGFA and is now pending review.

Although the Arn’s accomplished their mission of getting Elizabeth on a world-class blue marlin, Jonathan told reporters that the fishing they experienced last month was “actually mediocre by Cape Verde standards.”

He said there aren’t many places in the world that can compete with the West Coast of Africa when it comes to trolling for huge billfish.

“If you really like fishing for blue marlin, you will eventually travel to the Eastern Atlantic,” he told the Pilot. “It’s a journey to get there, but every time you leave the dock you have a chance to catch a fish exceeding 1,000 pounds.”

The eastern Atlantic islands around Cape Verde have long been revered as a mecca for serious billfish anglers. Their renowned status was reinforced earlier in May, when a South African crew caught the second-largest Atlantic blue marlin ever recorded. Ben Vorster’s giant blue weighed 1,370 pounds—which is just 32 pounds shy of the IGFA all-tackle world record.