Tsunami Evict 2000 Review: A Lot of Power in a Small Package 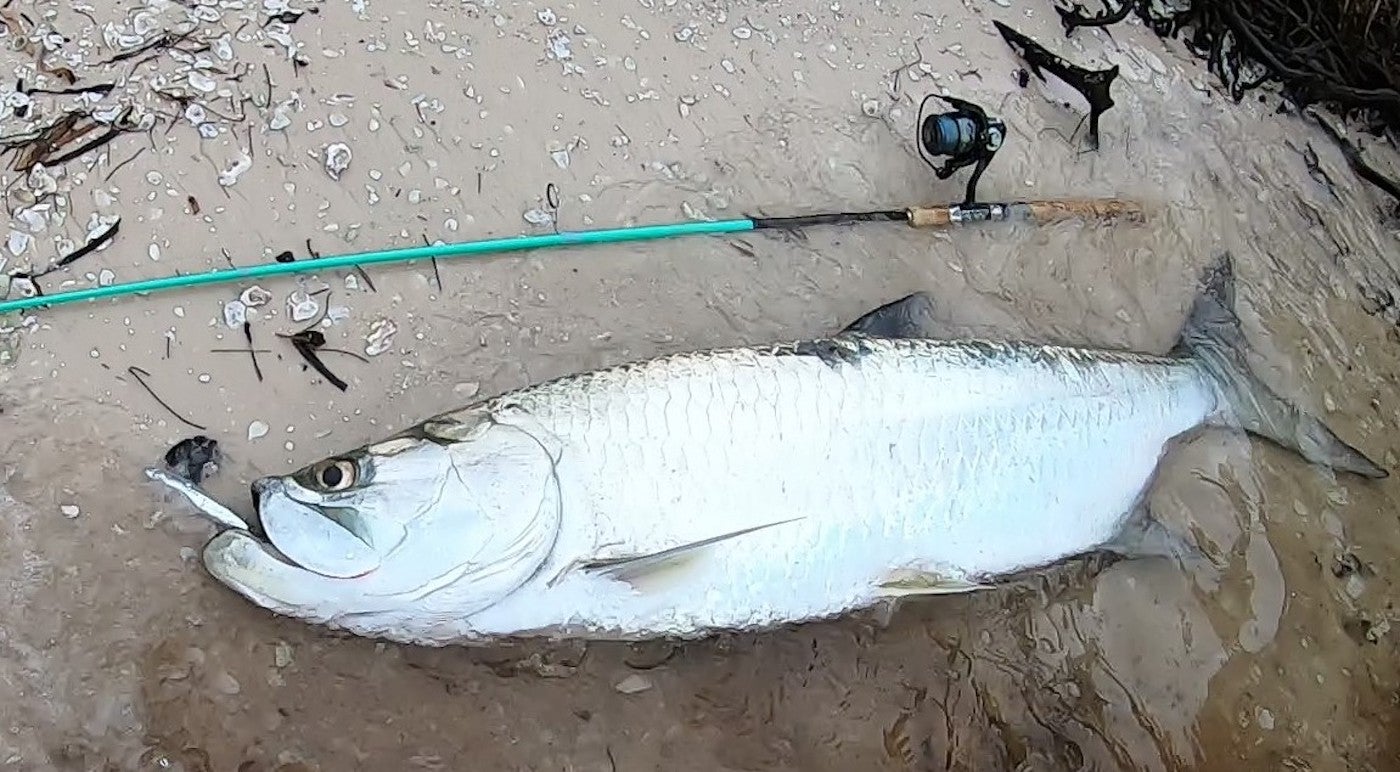 When I think of the different kinds of inshore fishing I do, the one that’s the hardest on a reel’s gear train is blackfish (Tautog) jigging. It requires hard hooksets that transition quickly to putting pressure on a fish to move it away from structure. As the jigs are almost never heavier than one ounce, this is a light-tackle technique that ideally employs reels no larger than a 2500 size, so I decided to try it with my Tsunami Evict 2000. The reel turned out to be a lightweight miniature winch, and I soon found it useful for all my Florida fishing.

Tsunami designed this reel for anglers looking to subdue large bottom fish on lightweight spinning gear. The main gear, pinion gear, and main shaft are all stainless steel. A large percentage of my Florida fishing is done from a kayak, and I usually carry four rods rigged for different species and presentations, and they’re all matched with Evict 2000 reels. The reels have remained remarkably smooth due to the eight sealed stainless steel bearings. The fact that they’re sealed is important, because it’s not easy to keep everything dry on a kayak. The reels run a little large. For instance, a 2000 Evict is equivalent in size and weight to its competitors’ 2500 size reels.

With a gear ratio of 5.8:1, this reel emphasizes power over speed. My southwest Florida fishing for snook, redfish, and tarpon takes place between mid-November and the beginning of May when the waters are relatively cool and presentations are slower than they’d be during the warmer parts of the year. High speed reels, such as the ones I use for false albacore in the Northeast, are not only unnecessary for this kind of fishing, but they also actually require a fair amount of discipline on the angler’s part to execute slow presentations. The same can be said for striper fishing, especially at night. One reel feature that is sometimes overlooked by anglers and manufacturers is the handle. The Evict has a large aluminum ball handle that’s easy to grip and adds a lot of power to the reel. Because some anglers might not appreciate the metal ball in cold weather, it can be swapped out for an EVA paddle knob included with the reel.

Testing the Tsunami Evict 2000 on Tarpon

While my knowledge of tarpon fishing isn’t extensive, I know enough to understand that a 2000 size spinning reel isn’t a great choice for targeting fish in the 60-pound and heavier class but based on the success I’ve had with this reel, it’s now what I use for targeting tarpon from my kayak. My winter tarpon fishing is mostly limited to a river warmed by a power plant. The water temperature near the plant ranges from the low 70s to low 80s in the December through April timeframe, and this attracts and holds big tarpon all winter. However, these fish are very picky, and the only artificial that consistently gets interest is a 5-inch jerk shad on an 1/8-ounce swimbait hook. Making long casts with this light and less than aerodynamic lure requires using braid no heavier than 20-pound-test. Because my medium power 7-foot Tsunami Carbon Shield rods already carry Evict 2000 reels filled with 20-pound-test braid for snook, these outfits also became my tarpon outfits. In all honesty I only attempted to tarpon fish with these because I mistakenly thought that the majority of these winter tarpon were in the smaller 30-pound-class. On my first good session of putting seven tarpon in the air (and landing zero), none of the fish appeared to exceed 40 pounds. While this is still a large fish for a 2000 size reel, it’s manageable.

I thought I was in trouble when the first full-size tarpon grabbed my bait right next to the kayak and launched into a series of high leaps and screaming runs. I knew from snook and tog fishing that the reel had an excellent drag system, but that first big tarpon tested it on another level. Eighteen minutes and a half-mile down the river later, I gripped my hand on the jaw of that big tarpon. I was amazed I actually landed such a big one on that gear and figured I was just lucky. Five casts later, I did it again. Several boats passing by on the river even stopped and watched from a distance as the guy in the kayak subdued a huge leaping fish. I would get a leader touch on one more big one before that 4-hour trip was over. From that point on, my snook and redfish rod became my kayak tarpon rod. While I kept at least one of those fish from stripping my spool by allowing it to tow the kayak, I landed a big migratory tarpon in late April on the Evict 2000 while shore wading for snook and reds one evening.

While I’ve focused on the 2000 size reel for this review, the Tsunami Evict is offered in sizes ranging from 2000 to 5000. I spool my 3000 with 30-pound-test braid and use it to bucktail manageable size Goliath Grouper in the Florida Everglades channels. This is very similar to striper fishing, except the hit is harder and the initial seconds of the battle are more intense as the fish dive for structure. My 5000 Evict is spooled with 50-pound-test braid and is used for sharks.

What the Tsunami Evict Does Worst

I have caught false albacore on this reel when they have crossed my path while fishing for blackfish, but there are other reels, such as the Penn Clash II HS, that are better suited for high-speed presentations. There are other reels on the market that weigh slightly less. For example, the Daiwa BG 2500 is the same size as the Evict 2000 but weighs 1.5 ounces less.

What the Tsunami Evict Does Best

Even the smallest 2000 size model of this reel powers fish out of structure and subdues large fish, such as tarpon. The stainless gear train stands up to this stress and remains smooth. In these days of everything costing a little more, the Evict 2000 still sells for $150, which is rather remarkable for a reel built on so many stainless steel parts.

Final Thoughts on the Tsunami Evict

I own a lot of spinning reels from several manufacturers. Half of my year is now spent on the southwest Florida fishery, and if you see me there on my boat, kayak, or the shore, it’s likely that all my reels are Tsunami Evicts. They’re durable, smooth, comfortable to fish with, and (most importantly) they stand up to the stress of large fish. They’re as good as any reel on the market, at any price, for the increasingly popular Northeast blackfish jigging fishery. Built with stainless steel guts for a price around $150, this reel’s pretty much unbeatable in today’s market.