Penn Spinfisher VI: A Serious Reel at a Reasonable Price 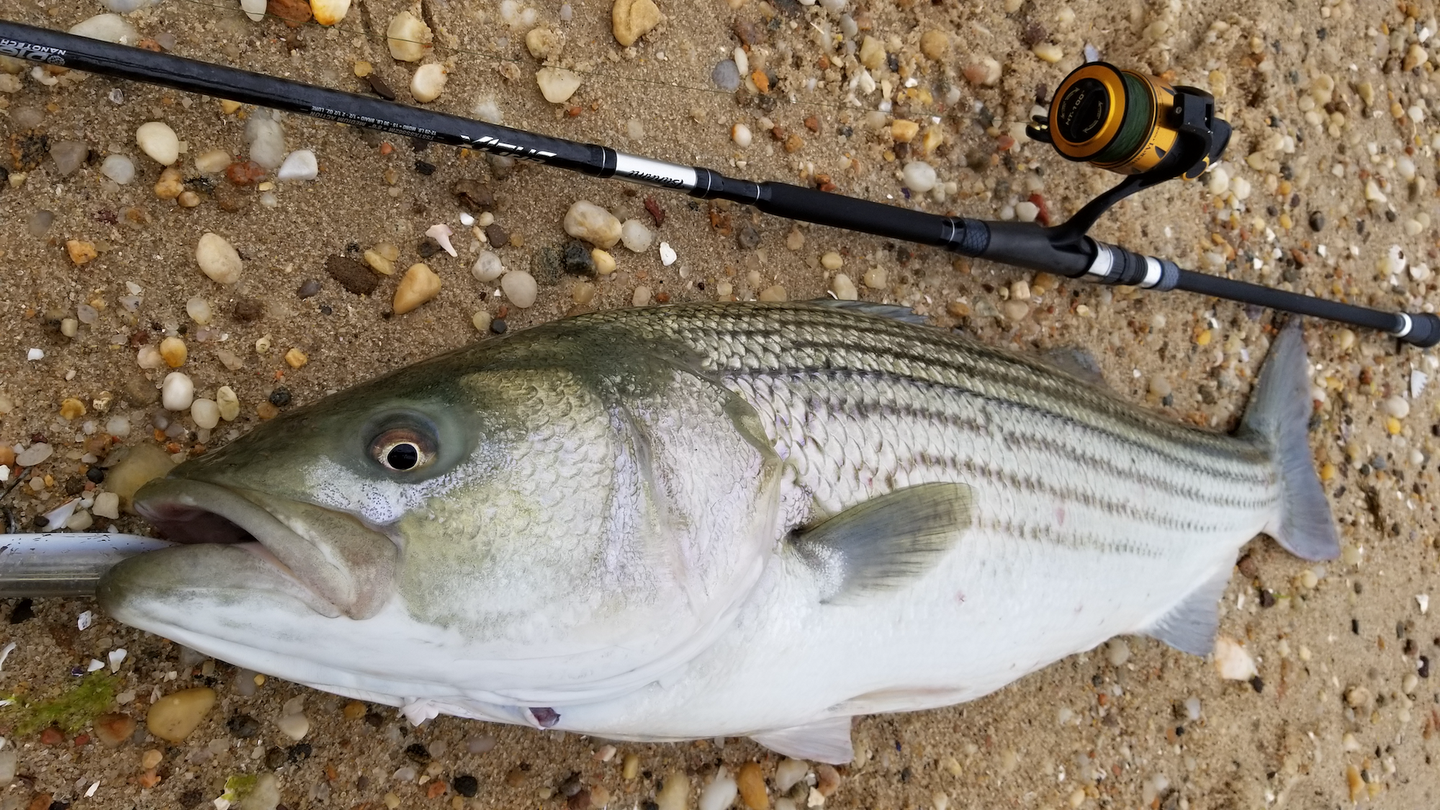 I’m often asked to recommend a reasonably priced spinning reel for surf applications. For me, the answer is obvious. The Penn Spinfisher VI reel is the best spinning reel choice, and some version of the Spinfisher has been the answer for the entire 50 years that I’ve been surf fishing.

Penn introduced the Spinfisher 700 in 1961, and you’ll still occasionally see these iconic green fishing reels on the beach. These were simplistic and made of relatively few parts when compared to today’s spinning reels. Amazingly, Penn still offers American-made Spinfisher 704Z and 706Z reels that are not significantly different from the originals.

The reason Penn still makes these is because they remain a solid choice for reels that have to stand up to the rigors of surf fishing. When they went off the market for a time around 15 years ago, their price on eBay surged to more than four times what they cost new at the time, and twice what the new ones can be purchased for today.

A Model for Any Application

The Spinfisher VI is offered in nine sizes, from the light tackle 2500 to the 10500 for offshore big game. When you include Long Cast, Live Liner, and Bail-less variants, there are 18 Spinfisher VI models to choose from. My Spinfisher V and VI reels are between the 4500 and 8500 sizes and are used for surf applications. These reels pull approximately 38 to 42 inches of line per turn of the reel handle, and are well-suited for high-speed retrieve applications such as false albacore fishing. With max drag pressure across the 4500-8500 sizes ranging from 20 to 40 pounds, these reels will stop anything you’re likely to encounter inshore, and the larger reels can handle light offshore use. I can attest to the fact that the 6500 size can handle large sharks on the beach, as I landed a pair of them this past summer while fishing live eels for striped bass in Long Island Sound.

When I think of Penn Spinfishers these days, it’s the current sixth generation Penn Spinfisher VI line. If you never fish surf conditions where your reel is splashed, washed over, or dunked briefly, and your reels never endure a spray-soaked ride on the gunwale of a boat, then there are many reels on the market that will work fine for you. Otherwise, you need a saltwater spinning reel that will keep the saltwater out. Spinfisher VI reels feature IPX5-rated sealing, which means they are protected from low-pressure water streams. This keeps water out of the gearcase and drag system. I can say from much experience with the Spinfisher V and VI reels in the surf that these reels stand up to the rigors typical of surf fishing. My older Spinfisher V model in particular saw many hours on sand beaches where washovers from waves were common, and the reel just took the abuse and kept working fine. The latest VI models have the higher IPX5 seal rating and machined gears.

To be clear, the Spinfisher VI reels are neither fully sealed nor meant to withstand underwater cranking. If you are swimming with your reels and subjecting them to significant use underwater, then you should be looking at a reel such as a Van Staal, Penn Torque II, or Tsunami SaltX. If you go that route, expect to spend roughly two to four times the cost of the Spinfisher VI 4500. If your budget does not allow for spending $400 to $800-plus on a reel and you need it to handle being underwater frequently, I have a solution. Buy a new but older-style Penn spinning reel like the 706Z for $200, pack the gearcase with grease, and just fish without worrying about water getting in. If you experience a particularly wet trip, pop the drag washers out and let them dry. You can replace them easily for a few bucks as needed. It’s not necessary, but you can even drill out the rotor cup to allow sand to wash out in heavy surf. I know all of this because I spent a couple of decades using a Penn 706Z as my primary surf reel. I had to replace an occasional main gear, but anyone who knows how to use a screwdriver could do this with ease.

My affinity for the Spinfishers of yesterday and today is that they are absolute workhorses. The machined gears in the Penn Spinfisher VI put to rest any worries of gear stripping. The rock-solid anti-reverse solves the only other occasional point of failure on the original decades-old models.

What the Penn Spinfisher VI Does Best

These are serious surf reels at a very reasonable price. They’ll keep the water out and the gearing will withstand heavy use on quality fish in currents and challenging surf. The drag will stop anything you’re likely to hook from the beach. These features that make for such a good surf reel also make the Spinfisher VI one of the best fishing reels for boating and kayak applications, where you expect the reel to see splashing and spray and get knocked around while having to subdue strong fish.

What the Spinfisher Does Worst

My biggest disappointment with these reels is with the two bail-less models: the 4500BLS and 6500BLS. I greatly prefer bail-less reels, especially for surf fishing at night. Bail-less reels eliminate a potential bail failure and the possibility of a loop being introduced into the line at the end of a cast. If you survey the reels of hardcore surf anglers, you’re likely to see mostly bail-less reels.

Given my preference, I was downright excited when the bail-less Spinfisher Vs hit the market. I immediately got a bail-less 6500, and the reel did a great job. The only slight issue was that the rotor would sometimes spin while winding up to make a cast, risking the possibility that the line roller could catch the line on the cast. This would result in either an awkward slamming down of the lure on the water, or worse, a line break that resulted in the lure being lost.

This was a very rare occurrence on the Spinfisher V and could be prevented by packing the gearcase with grease in order to give a little resistance to the spin of the rotor. A well-greased gearcase is a good idea anyway, so I never considered the rotor spin to be an issue. When the Penn Spinfisher VI came out, I got both the 4500 and 6500 bail-less models. Unfortunately, the issue is slightly more pronounced on these Penn reels. Again, it can be controlled with gearcase grease, but it would be much better if Penn would do something to apply some friction to the rotor spin on the cast. If you have no interest in bail-less reels, then the issue I just described does not apply.

Final Thoughts on the Spinfisher VI

Penn Spinfisher VI reels, like their original Spinfisher predecessors, could be considered the Jeeps of spinning reels. They’re tough, dependable, and have been getting the job done in challenging environments since Penn introduced the Spinfisher 700 60 years ago. Their most impressive aspect may be that you can buy one, add a $500 surf rod, and still spend less than what many other surf reels cost today.