Solving the Mystery of the Left-Handed Baitcasting Reel

As we finish up the April issue of Outdoor Life, my mind can’t help but think back to October and... 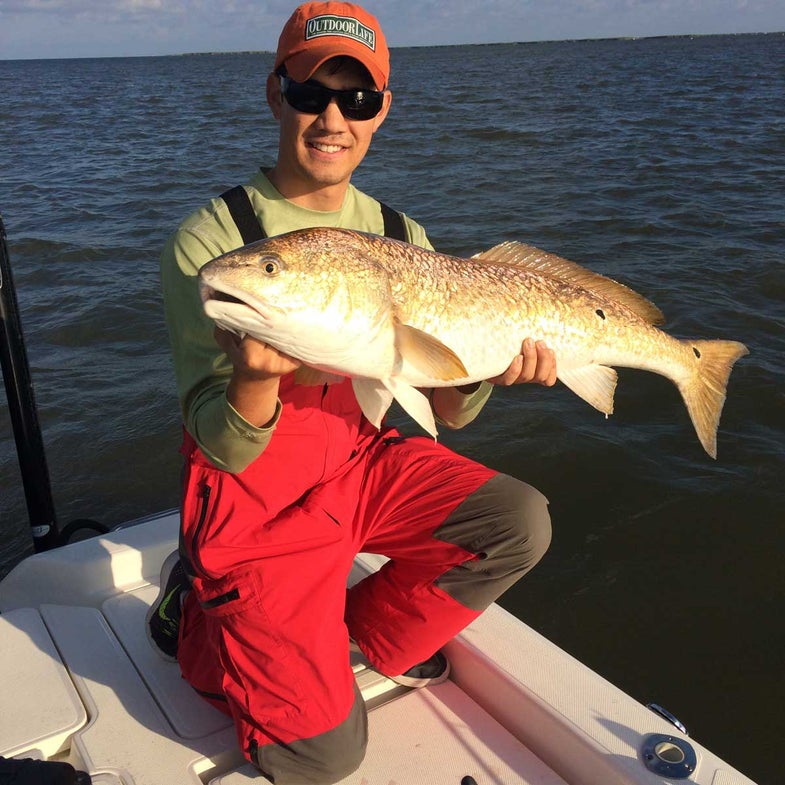 As we finish up the April issue of Outdoor Life, my mind can’t help but think back to October and our annual Tackle Test. Buras, Louisiana, and Cajun Fishing Adventures was once again the site for our annual torture test of new gear and the big bull reds did not disappoint.

As is the case with each OL gear test, preparation is critically important to the success of the test. When it comes to rods and reels, that entails several hours of spooling up reels. Midway through the chore of filling up the baitcasting reels, I thought of a letter we had received from a reader last year:

“I’ve never been able to get an answer that makes sense as to why reel manufacturers continue to make spinning reels predominantly left-hand retrieve (yes, I know that most are ambidextrous) while making all but a few models of baitcasters right-hand retrieve.” —Wayne A. Bush, Roaring Spring, PA

Why indeed? No one had the answer save test team captain Todd Kuhn who has seemingly solved the mystery.

“Baitcasters evolved from the old level winds of yesteryear,” Kuhn says. “Level winds paid out line with the flip of a lever. These early reels were designed with the handle on the right side because cranking was the most important feature of a reel that didn’t cast. As level winds evolved into baitcasters, manufacturers kept the same tooling and right-handed designs.

“Spinning reels on the other hand (pun intended), were tooled from scratch, so designers opted for left-handed cranking reels as the majority of fishermen were (and still are) right handed and naturally cast with their right arm. As spinning reels evolved, manufacturers eventually made ambidextrous models to accommodate lefties.