The Shimano Stradic Fl is one of the best all-around spinning reels. 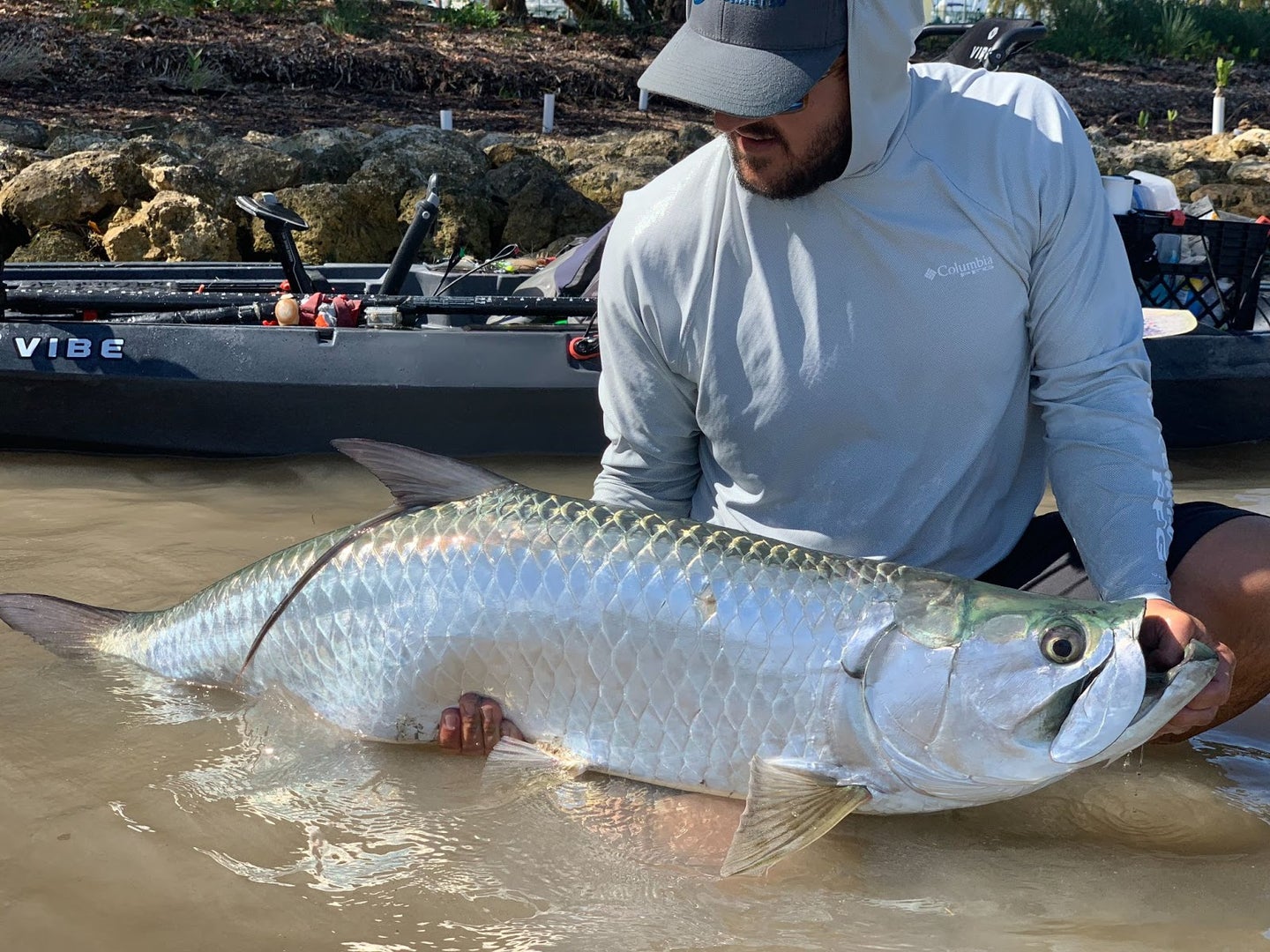 After thoroughly testing the Shimano Stradic FL for a year, I can confidently say it’s one of the best spinning reels available. This spinning reel is the Swiss Army knife of fishing. I’ve caught everything from 60-pound tarpon to 5-pound bonefish on the Stradic FL, and it’s great for fresh or saltwater. While the Shimano Stradic FL is one of the best all-around inshore and freshwater reels in its class, the perfect reel for every application simply doesn’t exist, but the Stradic FL does its darn best to try.

The Ups and Downs of the Stradic Line

Most people want a spinning reel that is multi-purpose and provides a ton of value for the money. A reel that can be used for bass and panfish but won’t be out of place on the occasional trip to the surf for redfish and snook. It can be a challenge to find a versatile reel that will last many seasons of hard fishing. But that’s where the Stradic FL comes in.

To understand the success of the Shimano Stradic FL, you have to understand the history of the entire Stradic line. For years, the Stradic has been synonymous with all-around quality that doesn’t break the bank. They’ve hovered around $150-200 for the majority of their run, which is admittedly a little steep for beginning anglers, but reasonable enough for anyone who puts their gear to heavy use in both fresh and saltwater. I began fishing Stradics primarily with the Shimano FI model, which is four generations back at this point. I was working the counter at an outdoor store when a customer came in and began extolling the virtues of the Stradic FI. “Bulletproof” was the term that struck me most convincingly. I decided to invest in one, the 4000 size, and it wasn’t long before I was a Stradic believer myself. For years, that reel held up to abuse and remained as smooth as butter. If not for one ill-timed cast and a run-away pelican. I’d still likely be fishing it. That reel was solid, if heavy, and set the standard by which I would judge every generation of Stradic after.

The following model, the Shimano FJ, was a fine reel, but it lacked a lot of the durability of the Shimano Stradic FI and was just as heavy. Enter the next generation: the Stradic FK. The FK was a drastic shift in the style of the Stradic and a big leap forward for Shimano spinning reels from a technology standpoint. Featuring the now ubiquitous “Hagane” design and the FK was made of substantially lighter materials than previous models, the reel was undeniably smooth and a joy to fish. However, the new features and comfort came at the price of durability. Gone were the days when I would describe the Stradic as “bulletproof.” While it was still a wonderful inshore and freshwater reel, it had obvious limits.

The Shimano FK’s frame didn’t have the strength or rigidity to hold up to the torque of large fish. It would warp on me while fighting tarpon. Worse, the factory drag system included cheap felt washers that weren’t well-sealed and would be destroyed after a few good runs from any serious fish. One good bonefish run and the reel would need to be serviced immediately. These drawbacks weren’t necessarily deal-breakers for most people and were to be expected with such a drastic shift to a new design. Still, the Stradic lost the title of best all-around spinning reel, and the competition was stiffer than ever. But then came the Shimano Stradic FL. Would it be the redemption of the Stradic line?

Shimano Stradic FL Review: After one year of testing

When looking at the positives and negatives of the previous generations, it’s hard not to be impressed with what Shimano has accomplished with the FL. Rarely have I seen a design upgrade that reflects the feedback from users of the older models. The cheap felt washers were replaced with a smooth and well-sealed cross carbon drag system that has held up incredibly well to all manner of abuse. Gone is the flimsy frame and warping that defined my use of the FK, replaced with a more rigid and durable design.

As a kayak angler who fishes primarily inshore saltwater in south Florida, I’m known to put my gear through serious abuse. The nature of kayak fishing means that gear will generally be exposed to a lot more splashing and saltwater than it would be on a larger craft or fishing from land. Combine that with the harsh environment of high traffic inlets and channels with heavy tide, all while fishing for tarpon that can easily exceed the weight of the kayak itself, and you have a recipe for gear destruction.

In the year I’ve owned the Shimano Stradic FL spinning reel, I primarily fished it in inshore conditions with limited offshore use. The first real test came when I hooked into a larger tarpon (60+ pound class) around a bridge in heavy current. In the kayak, this generally means locking down the drag and praying the fish stays away from structure. This is also the point where most lighter spinning reels, including the previous generation of Stradic, tend to fail. The drag slips, the frame warps and gears strip, or something else unforeseen and disastrous occurs. Not so with the FL. Its upgraded cross carbon drag system and X Ship gear design immediately showed value, allowing for smoother and deliberate runs when the fish began taking line. The enhanced frame also felt significantly stronger in my hand when palming the spool and trying to turn the fishes head away from cover. Where I’m used to feeling flex and weakness in most lighter inshore reels, this reel had stepped up and stood strong.

However, one fish does not make a review. How would this reel hold up to similar repeated abuse and salt exposure? The answer: remarkably well. The old adage of “you get what you pay for” holds true for hardcore saltwater kayak angling. Skimp and get a reel that’s not well sealed? Say hello to a new paperweight after a few trips.

This is the area where I feel the Shimano Stradic FL shines. I typically service my lighter inshore reels every 3-6 months, depending on usage. A variety of factors can cause a reel to need serviced, but by far the most common for me is corrosion related to salt exposure. No matter how well you wash and oil a reel, it will begin to break down if it’s getting sprayed with salt nearly every day. Combine that with poor seals and extended use on larger fish, and the process is hastened significantly. However, the FL lasted over a full year of heavy use before needing a true service. Shimano has incorporated the same X Protect seal it reserves for its more expensive reels like the Stella and Twin Power into the Stradic FL, and the difference is stark. Combined with improved waterproof drag and the Micro Module Gear II system that allows for tighter and smoother gearing, the FL is one of the most salt-resistant and well-sealed inshore reels I’ve ever used that’s under $300.

The FL is truly a testament to a well-thought-out design process. After over a year of hard use, I can comfortably say it has reclaimed the reputation of quality that the Stradic name is known for.

Is the Stradic FL the best spinning reel?

While I’m tempted to say the Shimano Stradic FL does everything well, that feels a bit lazy. However, this reel honestly does excel in just about every area a spinning reel can. It’s light, incredibly smooth, and has the durability to withstand some brutal conditions for a reel in its price class. I’d gladly trade some of my pricier reels for a Stradic FL.

In my thorough year of testing, I could find not one thing that I would consider a negative about the reel, and I’m not alone. I interviewed a friend who happens to be the buyer and reel expert at the local high-end tackle center in Miami. His response? He sells every Stradic FL that comes in as soon as it hits the shelves and has heard not one complaint. He and everyone he talks to agrees that it is the best Stradic yet, and he’s upgrading his entire spinning arsenal to the Shimano Stradic FL. However, I do need something here, so it could always be lighter, I guess?

It’s safe to say the Stradic FL is one of the best spinning reels made. It’s certainly the gold standard for reels in its class and has managed to upgrade the already stellar reputation of the Stradic name.